Indigenous musician Terry Napilil Pascoe passed away in Darwin last Thursday, surrounded by family and friends. I can’t remember when or where I first met Terry Napilil Pascoe (his classificatory skin name) but it must have been sometime in the mid to late 1980s at his home community of Maningrida in central Arnhem land. We later […] 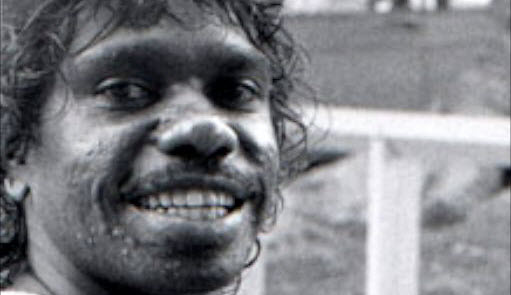 I can’t remember when or where I first met Terry Napilil Pascoe (his classificatory skin name) but it must have been sometime in the mid to late 1980s at his home community of Maningrida in central Arnhem land. We later spent many years, beers, laughs and tears together in the endeavour for which he’ll be remembered by most — the Sunrize Band.

In 2012 Ngarritj — along with his merry band of friends and family that made up the Sunrize Band — was inducted into the Indigenous Music Hall of Fame, an award that recognised their commitment to a lifetime of rock and roll music and much more over 30 years.

The Sunrize Band had many members over the years and joining Ngarritj on stage that hot August Darwin night were his brothers Ben, Andre, Chris and Jacky and Wayne and Reece Kala-Kala, Horace Wala-Wala and, in spirit at least, legendary Arnhem Land guitarist Kenny Smith, who has also been taken from us too soon.

Over the years they released three albums: Check It Out — Let’s Dance, Lunggurrma and Sunset to Rize. They also made a number of other — as yet unreleased — recordings with drummer and recording engineer extraordinaire Allen Murphy.

Always ready with a smile and a joke, Ngarritj was as much fun on-stage as off. He was no wooden bass player following drummer Wayne Kala-kala’s lead. He usually presented on stage with a long traditional feathered headdress and face paint and joined in the wild on-stage antics that made the Sunrize Band a favourite of audiences across the Top End and, on their frequent appearances down south, across the country.

Sunrize Band played extensively throughout the Northern Territory, Western Australia and Queensland and toured with Carlos Santana, Jimmy Barnes, Hunters & Collectors, Painters and Dockers, Paul Kelly, Spy v Spy, Bob Geldof and many more. One highlight was a tour to New Guinea where, in Ngarritj’s words: “Those crazy blackfellas in the audience threw coconuts and bananas at us as a sign of their appreciation”.

Ngarritj had another career off-stage. Always interested in communication, he was the first graduate from Batchelor College (later Batchelor Institute of Indigenous Tertiary Education) to be offered a production cadetship with the ABC in Darwin, where he first worked as a sound engineer and later as a cameraman. In addition to the hundreds of younger musicians that he encouraged and mentored, Ngarritj was also a teacher of young broadcasters through his work at Batchelor College and with Aboriginal broadcasters across the Top End, including the Top End Aboriginal Bush Broadcasting Association in Darwin, the Pilbara and Kimberley Aboriginal Media Association and the widespread Broadcasting for Remote Aboriginal Communities Scheme network.

In the days before his passing Ngarritj was busy working on yet another film project — Stories In Our Songs — Indigenous Musicians of the NT, a collaboration with ARTBACK NT Arts Development and Touring that features performances by the Sunrize Band and other NT musicians.

Ngarritj is survived by his first wife Debbie and son Terrance Jnr, Joanne and their daughter Annette and Ethel and his adopted daughter Reanne.