Smog-filled pictures have appeared throughout the world over the weekend to illustrate a price that the people of China are paying as they breathe in their country's new found prosperity. Plus other political news.

An argument we will hear more of. With Terry McCrann on holiday the Weekend Australian had a guest columnist and we readers actually had something to think about in the words of a former Reserve Bsnk chief economist 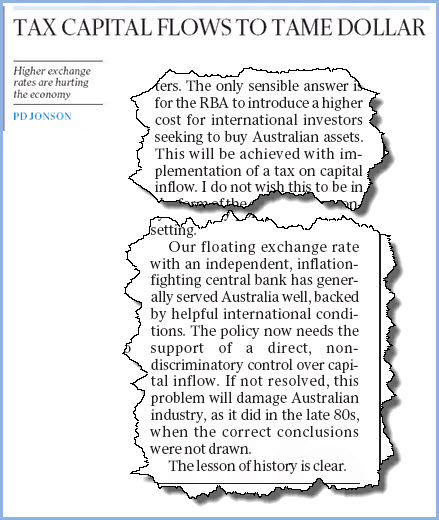 Some Chinese spinning. Pictures like this have appeared throughout the world over the weekend to illustrate a price that the people of China are paying as they breathe in their country’s new found prosperity. 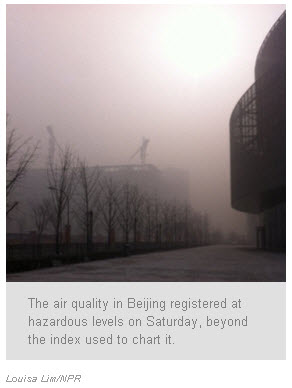 Not a pretty sight as pollution reached a truly dangerous level but it was interesting to compare how the US Embassy and the Chinese environmental authorities measured things. 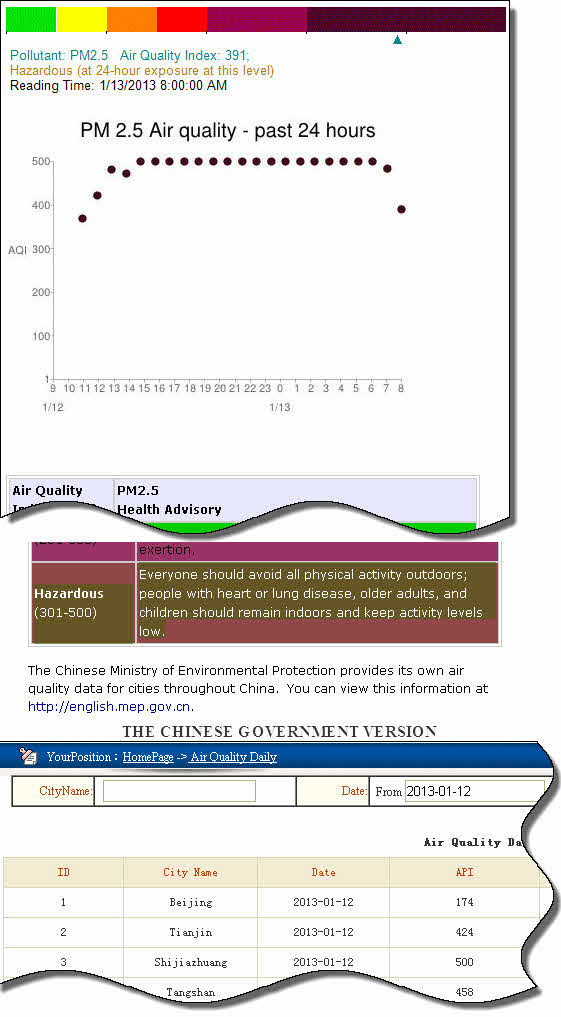 How they should and how they do. The difference between how we think people should interpret things and how they do can be annoying at times, and it’s well illustrated in this note from reader Susanne Pearce about a snippet on Friday on the downward revision by the UK Met Office of its estimate of likely world temperature increases.

“The position of Richard Farmer’s ‘confusing green dotted line’ which he has added to the UK Met Bureau’s graph (in his Chunky Bits) is clearly a nonsense. Why pick the exceptionally high figure of 1998 as the start point and claim no warming since then? (Unless the aim is to obscure the trend). It would be clearly just as stupid to begin with 2000 — an exceptionally low figure — and claim a more rapid warming than is the case.

“I believe a correction is in order.”

The purpose of the dotted line was nothing more than to illustrate how, as I wrote, the revised estimate “complicates the task of convincing the governments of the world that urgent action to deal with climate change is needed.” I am sure Ms Pearce will have noted already how it has been seized on by climate sceptics writing in major newspapers around the world. 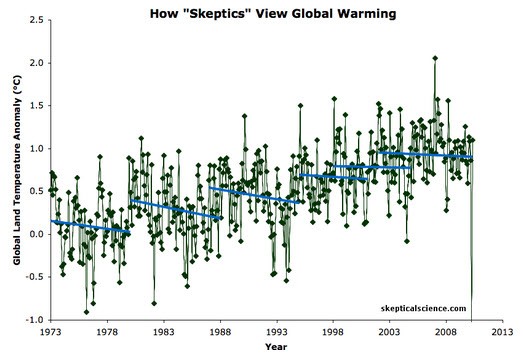 Others see the same data differently. 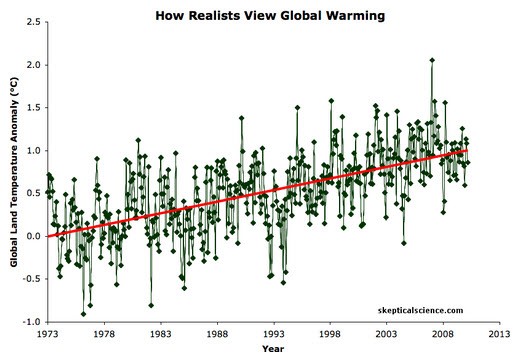 Anyone who has read these snippets consistently in the last few years would well realise that I am pretty much in “the realists” camp but that does not blind me to noticing things that suggest, even if slightly, that there is always a chance that the prevailing orthodoxy is wrong.

And as for the question: “Why has Mr Farmer chosen to ignore the Met Bureau’s forecast that global warming will continue?” I can but assume that Ms Pearce’s anger was so great that she did not read the statement from the Met Office that I quoted in full. That statement said:

“The latest decadal prediction suggests that global temperatures over the next five years are likely to be a little lower than predicted from the previous prediction issued in December 2011.

“However, both versions are consistent in predicting that we will continue to see near-record levels of global temperatures in the next few years.

“This means temperatures will remain well above the long-term average and we will continue to see temperatures like those which resulted in 2000-2009 being the warmest decade in the instrumental record dating back to 1850.

“Decadal predictions are specifically designed to predict fluctuations in the climate system through knowledge of the current climate state and multi-year variability of the oceans.

“Small year to year fluctuations such as those that we are seeing in the shorter term five year predictions are expected due to natural variability in the climate system, and have no sustained impact on the long term warming.”

Another Indian s-x crime. The media concentration on an Indian attitude to women has been on r-pe but the BBC World Service last night broadcast a distressing radio documentary on the consequences of the country’s shortage of women, which many blame on s-x-selective abortions.  The investigation details how girls are abducted from poor parts of India like West Bengal and sold into a life of violence and abuse. Some are taken by traffickers to wealthy areas like Haryana where they are in demand as brides with others ending up in brothels in cities such as Delhi.

Both interpretations of the graphs are valid, but whichever graph you pick, the long term trend is rising.

My argument is that the above graphs show definite warming, but that it is mild and not accelerating with our CO2 emissions.

Congratulations on your battling to bring commonsese to the frightening reality of the damage we have wreaked on our only house, Earth. In the book Climate Wars by Gynne Dyer the reports put out by IPCCC are as much as 5 years out of date by the time peer review and publication takes place, current weather catastrophes suggest we are headed for Hell on Earth. Enough of sceptics ,Bolt, Minchin, Pearce, we need more responsibility like the full page anti coal in The Fin. Review yesterday,and we need to get behind the Gillard government as the Abbott led Libs. Only offer scepticism.

Thanx for drawing attention to P D Johnson’s article headed ‘Tax capital flows to tame dollar’ which I read with interest. Unfortunately I’m not sure I understand it any better than Reserve Bank minutes: is he arguing for a Tobin tax?