No surprise the property market isn’t picking up

When interest rates are low, it stands to reason, expected growth in the economy is waning. Which doesn't inspire anyone to take a punt on growth assets, writes market analyst Catherine Cashmore at Property Observer. 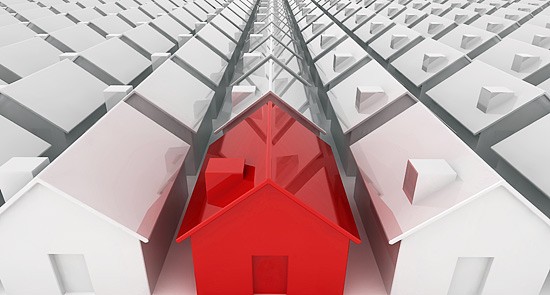 Speculation has been rising in the housing industry since the RBA made its last 0.25 percentage point cut to the cash rate, bringing the official figure to the post-GFC 2009 “emergency” level of 3%. Now with rumours the banks may move outside of the central bank’s cycle and make “self-initiated” rate cuts of their own, industry professionals are declaring a better year ahead for property prices than experienced over the previous two — and thus we start the crystal ball gazing.

But the standard variable mortgage rate remains some 0.6 to 0.8 percentage points above that of 2009, when it was sitting at 5.55% and prices were rising sharply. Additionally, the strong Aussie dollar is still affecting our terms of trade, and although unemployment data has improved of late (falling to 5.2% in November 2012 from 5.4% in October), Victoria’s results aren’t so positive.

In Victoria, a series of job cuts announced by building products maker Boral, which shed 90 positions at its plant near Geelong, and cuts at major companies such as Qantas, which announced the loss of 263 positions from its Avalon base late last year, increased Victoria’s jobless rate to 5.5% from a previous 5.4% — a figure that will go some way in restraining any potential house market gains in this region throughout 2013.

Additionally, economists Australia-wide are warning of “softer conditions” for the rest of the year, which could potentially push the national unemployment rate to 5.7% by December 2013. The most alarming reports show “those aged 25 to 34 and 35 to 44” are the two biggest groups currently receiving Newstart payments — a point of serious concern.

Taking this into account — and in an election year, which never inspires market gains — I suspect there’ll be little change to our current environment of “debt-adverse” investor sentiment for much of the year — and along with that, little change in house prices.

In fact, regardless of the constant spruik on the effect of low interest rates on house market prices that is broadly assumed by many armchair commentators within the property industry, a look at the long-term data shows the connection is in fact pretty weak. You’d be hard pushed to find any long-term historical correlation between growth in “nominal” house prices and the change in interest rates — and as for “real” house prices (which accounts for inflation) movements tend to be in the “same” direction rather than the opposing direction as some would expect, meaning as rates rise so do prices.

It may seem logical to assume lending rates initiate price changes, but other economic factors play a far greater influence. Unless the needed ingredients are combined, interest rates on their own can do little to change the housing market terrain by any significant degree.

When interest rates are low and more significantly falling, expected growth in the economy is waning. Which doesn’t inspire anyone to take a punt on growth assets considering the low inflationary environment. Conversely, interest rates rise in response to a “flourishing” economy — during which a period of wage growth and healthy employment data underpin investor confidence (hence why periods of rate rises often accompany housing price rises.)

In such an atmosphere, it’s often panic investment before prices escalate out of reach that fuels a boom cycle outside of any change to the cash rate — thereby providing the bullish atmosphere many buyers unfortunately require in order make their move.

As a typical reaction, it takes a series of sharp upward movements in the cash rate in an attempt to defuse the bubble before it overheats (as was witnessed in 2009-10), and even then prices typically plateau for a period before other factors come into play and a notable “correction” is observed.

“Glen Stevens noted it’s ‘most surprising’ the property sector has thus far not reacted (to lower rates) as expected. Is it really?”

Regardless of falling rates, other economic data provides little promise of broad-based asset growth (setting aside the obvious disclaimer that certain micro markets are likely to buck the trend). Therefore, understandably, many investors are looking elsewhere for profit, and the competition needed to initiate property prices is simply not prevalent without further economic changes (which are not at this stage anywhere on the horizon.)

Furthermore — as was seen throughout the year, despite buyer activity remaining woefully low — home owners unwilling or unable to sell their properties tend to withdraw from the market rather than drop prices further, preferring to wait for better times ahead than respond to market demands. This could be another reason the change in house prices this year has been lower than last, leading many to assume we’ve reached six on the property clock — a position I suspect we will retain for a while yet.

There are always winners, and in the current atmosphere it’s obviously the mortgage holders. In Victoria, October was the fourth consecutive month and longest period to date during which more mortgages were discharged than lodged as vendors took advantage of competitive lending rates to reduce their debt. This brings the annual decrease of mortgages to 1998, which when compared to 2011 is an increase of 726 discharges.

The results are mirrored elsewhere, with national data showing the preference among consumers remains firmly in the “safety zone” of paying down debt and saving — a seemingly sensible environment that has thus far upset the RBA, which is all but counting on property investment to take up any slack from a post-peak downturn in mining — not to mention the government, with a 2013 surplus well and truly off the agenda.

Glen Stevens noted it’s “most surprising” the property sector has thus far not reacted (to lower rates) as expected. Is it really? Surely it should be clear as daylight considering the other market indicators shadowing Australia’s investors — and even with further cuts to interest rates broadly assumed by the majority of economists, the level of uncertainly regarding the performance of the housing market continues.

Forecasts for the year ranging from 3-5% by Australian Property Monitors, 4-5% by AMP Capital, and a more bullish 6% and 8% for Sydney and Brisbane respectively from BIS Shrapnel (which emphasises the changes will “jump” following the federal election — as if property purchasers are all going to suddenly let their hair down in and end of year buying spree). Plus a remarkably “bullish” prediction of 10% from Janu Chan, a Sydney-based economist at St George Bank — who I suspect may have purchased his crystal ball at a discounted price — and most notably Stephen Koukoulas, who bases his assumption on an additional ingredient — “that house prices in the first 10 days of 2013 have already risen by 0.6%”.

The weeks leading up to Christmas are generally the busiest of the year in the property market. Yuletide provides a natural deadline for home buyers desperate to make their move prior to the January break (during which the real estate industry and various offshoots take their annual breather). Post-Christmas, most are still recovering from too much food, drink and weighty credit card debt to pay the property market much attention — a figure usually reflected in the first quarterly results, which on the face of it typically show weakening conditions.

Speculation that growth in the economy will fall to 2.5% during the year ahead — well below the usual trend of 3-3.25% — is why many are “assuming” a further 25-50 basis point drop is needed if we’re to stimulate the non-mining sectors of our economy into a positive environment. Should this occur and the banks “pay it forward”, it will take lending rates low enough to provide a greater incentive for potential property investors to make their move (especially considering long-term deposit accounts will no longer  provide a viable alternative option). Property buyers: err on the side of caution and keep a long-sighted view on the term of any investment you venture into.

And the big losers? The oft-ignored renters, who face erosion to their savings, rising yields and a market that isn’t providing enough suitable and affordable accommodation in which to secure long-term tenancy.

For the time being I’d take any crystal ball prediction with a pinch of salt — there are quite simply far too many resounding uncertainties looming ahead to make any assumptions.

*Catherine Cashmore is a market analyst with extensive experience in all aspects relating to property acquisition. This article was first published at Property Observer.

US economy on life support as household spending catches the virus

On the face of it, I agree with just about everything you’ve posited here, but I’d really like to see some supporting evidence. Are there any links missing in the translation from the Property Observer site?

Everything will pickup after the election, or just before when the result is an absolute given, if it is not already.

People and business needs confidence and a change in Government

Hey Glen…. The economy is stuffed. Look at the window of your ivory tower.

Property industry specialist articles aside, politically, the expectations of a change in government this year imply a return to the Howard-Costello golden era of ever-rising house prices,ie Capital Gain,to offset the interest bill on mortgages.
Assett Price Maintenance, the collusion of the Housing- banking cartel of the Howard years, has beeen patchy post- GFC, with a prominent developer of riverside apartments in Brisbane declaring that there are no Australians in his market.
So, in order for the political promises to come true for the Coalition, the entire focus of future sales must, (for the sake of that Assett Price Maintenance and Bank shares in general), be sales to foreign buyers eager to park some cash in a stable political environment.
Australians have become used to foreign ownership of farms and mines and certainly housing affordability for the ordinary run of the mill voter will be taking a second place to maintaining the mortgage values of the mortgage lenders.
The Coalition, with its close connections to the housing speculation/banking industry has this in the bag.
Australians cannot afford housing now after the Howard era
but the burgeoning Asian Middle classes can.
This is the extent of the Coalition’s engagement with the Asian Century, to simply and profitably facilitate the transfer of ownership, while obscuring the effects upon national sovereignity.
It is their business after all.

Catherine, I agree with much of what you have put forward, in that
1, the RBA cash rate is primarily a response to the market to either temper or stimulate and not ‘the driver’ of the market. and
2. other key factors in the past, such as unheard of easy access to credit, miss pricing of risk, demand outsrtipping supply etc were the primary drivers of house prices over the last 2 decades. However very disappointed that you wouldn’t apply your analytical mind to take a punt on the year ahead. Nothing to lose there. If you are wrong, great content for an article on why? What changed etc. IF you are right you are a star…