Aaron Swartz was a hacker in every sense of the word. His death -- at just 26 -- is a tragic loss for technology's bright young things and raises questions about the fight for freedom of information on the internet. 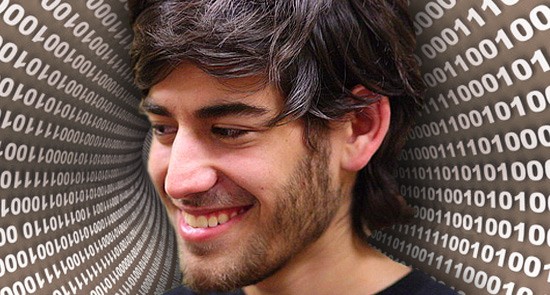 With the death of bright and bold Aaron Swartz on Friday, far too young at 26, the internet lost a sharp mind — but the info-freedom fighters gained a martyr.

A whirlpool of words about Swartz’s achievements and apparent suicide has already surged across the internet, a tsunami washing out of its geekier nether regions to splash the heights of the mainstream media.

There’s no need for me to dwell upon his contributions to technology, including the RSS protocol at age 14. Nor the merger of his Infogami wiki platform into the social news aggregator Reddit at age 19, which was later sold to Condé Nast. Nor his political work in gathering a million supporters to help stop America’s controversial copyright-defending SOPA and PIPA legislation just one year ago.

Nor will I dwell upon Swartz’s battle with depression, though such battles seem far, far too common amongst the bright young things who create the technology we take for granted in this glorious digital century. Silicon Valley and its imitators need to take a good long look at themselves there. No, I’ll seek some early signs of how Swartz will be seen symbolically in the not-too-distant future, of what his life and death will be seen to “mean”.

Swartz was a hacker, both in the original sense of someone who pushes technology beyond its perceived limits to achieve new things, and in the newer sense of someone who, um, “liberates” information. He was a young man who “looked at the world, and had a certain logic in his brain, and the world didn’t necessarily fit in with that logic, and that was sometimes difficult”, his uncle Michael Wolf told The New York Times.

Back in 2004, before he’d even started college, Swartz was already driven to change the world to fit that logic. As he told Wired:

“The law seems really interesting to me. It’s a system of rules, like computers are, and you can hack it by finding the implications of those rules. Go to a judge, show your hack, and the judge has the power to change the world based on your conclusions.”

Swartz hacked copyright law. His focus was documents that he thought should be freely available but which were locked up in databases that cost money to access. He wrote in 2008:

“The world’s entire scientific and cultural heritage, published over centuries in books and journals, is increasingly being digitised and locked up by a handful of private corporations… sharing isn’t immoral — it’s a moral imperative. Only those blinded by greed would refuse to let a friend make a copy.”

In 2009, Swartz downloaded US Federal Court documents from the PACER database and released them publicly. The FBI investigated, but no charges were laid. Then in July 2011, Swartz was charged by Massachusetts police in relation to downloading four million academic journal articles from JSTOR, a digital archive at the Massachusetts Institute of Technology.

JSTOR had settled their civil claims against Swartz even before the criminal charges were laid, and have even published a brief tribute. But the criminal prosecution continued and even escalated. The number of charges laid was increased from four to 13, including wire fraud, computer fraud, unlawfully obtaining information from a protected computer, and recklessly damaging a protected computer — charges that could have resulted in 35 years in jail.

It seems clear to me that Swartz was to be made an example of in the war against copyright infringers. You don’t need to be one of the internet’s bright young things to understand why he might have chosen to press the eject button. Swartz’s family wrote in a statement:

“Aaron’s death is not simply a personal tragedy. It is the product of a criminal justice system rife with intimidation and prosecutorial overreach.”

Swartz represented one of the geekworld ideals: a precocious programmer who became wealthy from an internet start-up and who fought for information freedom. In that fight, he chose his targets wisely and, I think, understood the risks.

Yet amongst his fans there will be many with somewhat less sophistication. “Affiliation with MIT right now, even as a student, looks to me like affiliation with the Nazi youth,” wrote a commenter at Hacker News.

Hyperbole? Probably not. Every street demonstration attracts those for whom any adrenalin-filled occasion to fight the man is good enough. Similarly, the story of Swartz’s fight with “the government” is a good-enough for those who fail to differentiate between his battle for academic freedom and open access to public documents and their own battle to watch the latest episode of Girls.

Just as this story was filed, there were unconfirmed reports that MIT’s websites have been taken down by denial of service attacks. Wrong target, guys.

If there aren’t already T-shirts on sale with Swartz’s image as Che Guevara, black beret with red Creative Commons CC logo replacing the socialist star, just close your eyes and count to 10.

*If you are in need of help or information visit beyondblue.org.au, call Lifeline on 131 114 or visit this page for a detailed list of support services

From academics to Anonymous, Swartz sets off huge reaction

Apologies to no one for veering to the periphery of the topic and continuing to try and enlist support for a basic right of Australian residents which isn’t yet a right.

Imagine your brother or son (to mention only the most likely case) being sought for extradition for trial in the US. Prima facie it should only occur if it would be an offence in Australia to do what is alleged. The rule ought to be that the defendant has the right then to be tried in Australia.

Forget about being one of those accused persons sitting like an Aunt Sally in the middle of an Indonesian court room before five judges while proceedings are carried on in a language he doesn’t understand partly translated for him by an interpreter whose ability he has no means of judging while the system of law is even more of a mystery than our own probably is to him. Let’s look at being banged up in a US prison while waiting for trial before a jury that may hardly have a member who knows where Australia is and only pretends to speak the same language or share the same culture. The prosecutor and judge are very likely elected on law-and-order platforms and the costs and quality of the accused’s representation will, unless the accused is Conrad Black, be a disaster.

What’s wrong with the prosecutor and any witnesses who can’t be heard by video link travelling to Australian and being put up in the Hilton? Whether the prosecutor should have the right to do more than help an Australian prosecutor can be left for further discussion.

At least we haven’t gone quite as far as Tony Blair in giving in to US demands (e.g. the NatWest Three) or European ones (which is why Julian Assange is in trouble as he would not be if he was in Australia).

I am surprised that GetUp and the extreme looney Greens associated with this person, facing very serious charges and still do associate with him.

Of course you are dear!

The sooner everybody understands we only live ONCE the better……. 🙂