Is ‘Stevo’ not Aussie enough for ocker Macca’s ad?

The tennis season and Australia Day are iconic — and bittersweet, celebrated and loathed. With its new ad campaign, McDonald’s has managed to combine tennis-facilitated media saturation with Australia Day cringeworthiness, resulting in fits of habitual eye-rolling. I don’t dislike the McDonald’s ads just because they’re McDonald’s ads —  they annoy me because of their […]

The tennis season and Australia Day are iconic — and bittersweet, celebrated and loathed.

With its new ad campaign, McDonald’s has managed to combine tennis-facilitated media saturation with Australia Day cringeworthiness, resulting in fits of habitual eye-rolling. I don’t dislike the McDonald’s ads just because they’re McDonald’s ads —  they annoy me because of their heavy use of clichéd colloquial Australian English. They pander irritatingly to an unrealistic, stereotyped Aussie identity. 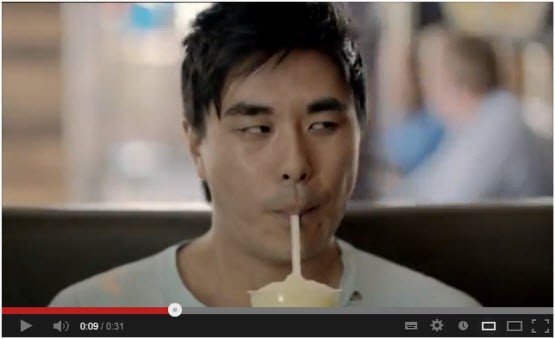 Here’s Gazza the ambo who’s pulled an all-nighter.
Nan and mum with the ankle biter.
Stevo from Paddo on a break from a reno,
havin’ a chinwag with the visiting relos.
Back from the Murray are Hoddy ‘n’ Binny,
with pav McFlurries ‘n’ towin’ a tinnie.
Porko ‘n’ Simmo in a ute that’s chockers.
Best behaviour fellas: these two are coppers.
Yep, there’s Jimbos ‘n’ Bennos ‘n’ Rachs ‘n’ Ackers.
But there’s only one place on earth where you can get Macca’s.

My objection isn’t because I’m embarrassed by the Australian dialect of English. I’m a proud native speaker of it and enjoy many of its features, including our habit of abbreviating words (hypocoristics, that is) that other English dialects wouldn’t touch.

But I’ve had enough awareness of Australian culture to know not all Aussies speak like that. Certainly, many of the burger chain’s customers and staff don’t. Those who frequent McDonald’s know staff and customers are distinctly culturally and linguistically diverse. It bothers me McDonald’s is saturating my tennis viewing with an ocker ad that doesn’t reflect their clientele, staff or the nation.

Take “Stevo from Paddo” — an Asian Australian enjoying some McDonald’s with his “relos”. They stand out as the only sprinkling of non-Caucasian-ness in the whole ad, apart from the token black kid on the soccer team. Such tokenism is cringeworthy but pretty standard fare for such ads.

Then came the clincher. After watching the YouTube clip, I looked back to the TV and saw the ad come on again. But Stevo from Paddo wasn’t there! Instead, a new version featured two white guys named “Gordo ‘n’ Sonny”. The line about “Stevo” had also been replaced, with the blokey voiceover now bleating “Gordo ‘n’ Sonny working off-site, making plans for Saturday night”, as images of two Caucasian looking guys were shown. God only knows what happened to Stevo. I can’t help but think he wasn’t deemed “Aussie” enough.

The whole “Macca’s Australia Day Brand” campaign grosses me out, and it has nothing to do with the food. Not only do the images presented not reflect the reality of what people who visit and work at McDonald’s stores look and sound like, and if the unsophisticated noisy use of clichéd ockerisms isn’t enough, it now just seems, well, racist that they’ve apparently edited out the only non-Caucasian looking characters. I’m happy for “Gordo ‘n’ Sonny” that they’re planning a big Saturday night and all, but one has to wonder if they would include poor ol’ Stevo in their plans.