A prominent industry super fund has had enough with News Corporation and is selling its stock. It's a symbolic blow that could spark a wave of so-called ethical investment decisions. 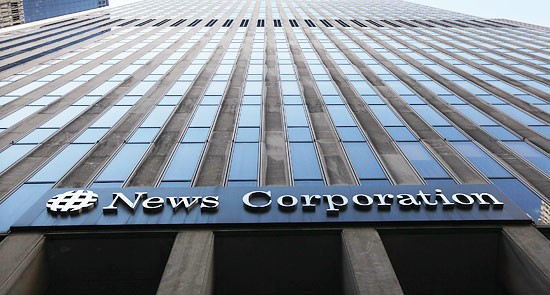 Crikey can reveal the 72,000 member fund — jointly controlled by the Construction, Forestry, Mining and Energy Union’s forestry division and employer representatives — has commenced the process of selling down shares in News, which it has branded a rogue entity for failing to democratise its registry.

At the News Corp AGM in Los Angeles in October, News executive chairman Rupert Murdoch goaded shareholders annoyed by his family’s dual class 40% gerrymander, imploring them to “take their profits and sell”.

First Super Co-Chair and Investment Committee Chair (and CFMEU national secretary) Michael O’Connor confirmed the divestment this morning, saying the failure of News to replace Murdoch with an independent chair and bolster the number of independent directors has forced the fund’s hand.

“Open, transparent, representative governance is not only overdue but essential for improved risk management within the company. Further, the interests of minority shareholders have too often been compromised. But these issues are apparently of no concern to Rupert Murdoch, so our board decided to take his advice and sell down our shareholding.”

The risks for investors were unacceptable under the current structure, O’Connor said.

First Super voted its shares against the election of four directors, including James and Lachlan Murdoch, at the AGM. At the time, it blasted the fat salaries of the company’s six-strong executive management cabal, who took home $US65.5 million last year, more than three times the amount received by the top nine executives of BHP Billiton.

While five of the 11-member First Super board is made up of CFMEU-nominated directors, Crikey understands the decision also garnered the strong backing of the five employer representatives, which include Furnishing Industry Association of Australia CEO Martin Lewis.

Four separate investment managers decide where First Super’s cash goes on behalf of members drawn from the timber, pulp and paper and furniture and joinery industries. The withdrawal of its approximately $10 million holding won’t have much of an impact on News’ balance sheet, but it could spark a wave of symbolic divestments among minority shareholders and give succour to activists determined to remove or loosen the Murdoch family’s yoke.

“If you don’t like the governance in the company and you can’t change it then selling shares is a rational response.”

The move could also trigger a wave of activism from other local industry funds and prompt a review of their investment strategies to check whether the companies that end up with workers’ cash were in turn waging war on those very same workers.

Last month, the CFMEU’s construction division moved to withdraw support from its $18 billion Cbus fund because of its ties with construction giant Grollo, which is suing the union for $10.5 million over industrial action at sites in the Melbourne CBD.

Yesterday it was announced the $20 billion health industry HESTA fund was in the process of disposing its tobacco investments, the small $35 million sum representing a symbolic kick in the larynx for the death stick industry. First State Super and Unisuper have already dumped their tobacco shares, while David Gonski’s Commonwealth Future Fund is mulling what to do with its $200 million.

“If you don’t like the governance in the company and you can’t change it then selling shares is a rational response,” he said. “The second response would be to accept that the governance is bad but to keep the stock because it’s cheap … News has certainly made no secret of its governance arrangements.”

Lawrence says many super funds refuse to invest in specific companies or industries on governance grounds but the non-decision is never publicised.

The strategy can be positive — like when a leading manager declined to engage with the collapsed Babcock & Brown in 2009 — or it could represent a faux-pas, like when managers avoided Twiggy Forrest’s Fortescue based on his record of failure helming the disastrous Anaconda Nickel venture in the 1990s.

News Corp shares surged 40% in the wake of the company’s decision to split itself in two and the media giant has recorded strong profit growth, despite the hundreds of millions of dollars in value destroyed by the UK phone-hacking scandal.

The CFMEU acting because a lack of governance? The hypocrisy is overwhelming.

Burt Chris;
Don’t confuse the super fund with the union.
The union hipocracy you seem to infer has manifested itself in the best paid industry workers,outside the miners union, in Australia.

I wish more superfunds would follow CFMEU’s lead not only in the case of News Corp but also in other cases especially with regard to the pay of CEO’s and board members which are gross and pulling further and further away from the rest of us. Superfunds should as a first step automatically oppose increases to executive pay in excess of the inflation rate UNLESS there is very good reason not to. The fund should make their decisions very public and certainly inform their members on a regular basis.

Most individual shareholders, like myself, don’t have the power to influence these matters and our governments certainly don’t have the will so its up to the superfunds to act on their members behalf.

If this problem is not addressed inequality will continue to increase and civil unrest will ensue on a bigger and bigger scale…the 1% vs the 99% story.

From a short term perspective, now seems like not a bad time to sell NEWS. If you are a fan of technical trading, there are a few indicators pointing to the stock being slightly overvalued and a correction may be imminent (usual disclaimer applies…I am not your financial advisor, seek independent advice before investing/not investing etc).

BUT, and it’s a big one, when talking about the long term investment horizon of most Super Funds, it’s absolute folly to sell NEWS. Governance issues aside (and I can see the point), it is an extremely well run company delivering great returns for fairly low risk. There aren’t too many media companies out there that returned 12.55%(compounded) a year over the last 3 years.

Like him or not (and it appears on crikey it is mostly the later), Rupert (and his seconds) are driving the bus (or limo) well. For mine, to quote another great Australian, “Better the devil you know”.