A new political force is led by an anti-abortion pastor who hates Islam, and will be launched next month by climate sceptic Christopher Monckton. Graham Readfearn of Desmogblog reports. 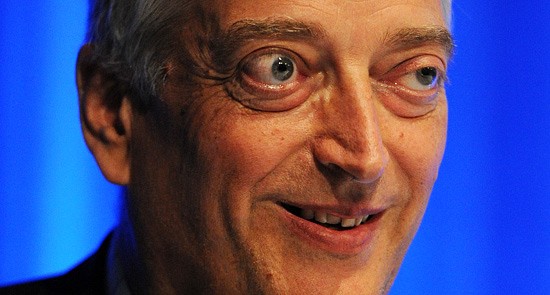 Pastor Daniel Nalliah, president of the fringe political party Rise Up Australia, has what you might politely describe as some fairly interesting views on matters of science, the climate, abortion and religious tolerance.

In the pulpit-driven eyes of Melbourne’s Pastor Nalliah, humans didn’t appear on Earth until 6000 years ago, when his god put us there. That same god was also behind Australia’s most devastating bushfires, but only because laws are in place to allow abortion. Pastor Danny, as he is known, doesn’t like Islam much either. He’d also like to see school principals given the power to hit pupils with bits of wood (but only with parental consent).

Nalliah has announced who will give the keynote speech at the official launch of his Rise Up Australia political party. Step forward Christopher Monckton — climate science mangler extraordinaire, Tea Party favourite, birther and head of the Scotland branch of the UK’s new “third force” in politics, the UK Independence Party. Monckton’s three-month-long speaking tour of Australia starts at the end of this month.

Rise Up Australia has booked a room at the National Press Club in Canberra for the “launch”; papers filed at the Australian Electoral Commission show the party was registered almost a year ago, in February 2012. Nalliah also “launched” the party way back in May 2011 via YouTube. And with a certain nationalistic fervour, he launched the party again a few weeks later on the steps of the Victorian Civil and Administrative Rights Tribunal.

Why Lord Monckton? He and Nalliah are old friends. In January 2012, Nalliah and his Christian evangelical Catch the Fire Ministry hosted Monckton for a lecture as part of his nationwide speaking tour that year — one which was prefaced by a scandal surrounding Monckton’s use of Nazi swastikas.

But before introducing Lord Monckton, Pastor Danny took the time to warn the congregation against multiculturalism. “If you embrace multiculturalism then you are compelled to embrace Islamic sharia law,” he said. “That’s how they got into Britain and Europe and that’s what they want in Australia.”

While Nalliah’s party manifesto claims to advocate freedom of religion, this obviously doesn’t extend to Islam. Nalliah is currently fighting plans to build a mosque on the same street in Melbourne where his Catch the Fire Ministry is building a new HQ. He told one reporter:

“We don’t approve of Islam as a religion but we love Muslim people. Islam teaches that those who follow other religions are infidels. It is a religion that doesn’t value freedom of religion. Having those same teachings right under our noses is counter-productive to our church.”

Back in 2004, when Nalliah was campaigning for a seat in Australia’s Senate for the Family First Party, he reportedly published a “call to prayer” leaflet which encouraged followers to pull down “Satan’s strongholds”, which the leaflet said included mosques and other religious temples.

The RUA party’s manifesto also says Australian laws should be governed by Judeo-Christian values, that “socialism should be avoided” and the “free enterprise system is best”. Nalliah also wants to bring back the “disciplinary” beating of children in schools with wooden sticks.

But his views on the cause of deadly bushfires are among his most offensive. During the 2009 Black Saturday bushfires in Victoria, when 173 people died and hundreds were injured, Nalliah claimed the devastation was all down to God, who had removed his “conditional protection” of Victoria because of the state’s abortion laws. Recounting a dream some months before, Nalliah wrote:

“In my dream I saw fire everywhere with flames burning very high and uncontrollably. With this I woke up from my dream with the interpretation as the following words came to me in a flash from the Spirit of God. That His conditional protection has been removed from the nation of Australia, in particular Victoria, for approving the slaughter of innocent children in the womb.”

Nalliah also runs a “Pregnancy Counselling Ministry“, which apparently “began after God placed in Pastor Daniel Nalliah’s heart the desire to do something about the millions of babies being aborted around the world each year”.

Monckton recently voiced his own virulent anti-abortion stance. In an interview posted on YouTube in November last year, the Viscount suggested UK Prime Minister David Cameron repeal the country’s “unspeakable” abortion laws which, he claimed, allowed for the “torture and murder of little children in the womb”. He described hospital staff who performed abortions as “butchers”.

When it comes to matters of science and evolution, Nalliah is firmly of the creationist bent. In an ABC Radio interview in July 2011, he said:

“The human race has lived on earth for 6000 years. If you believe in evolution, then you will disapprove of what I’m saying. We know the world existed possibly for millions of years but the fact is that humankind was created 6000 years ago and that is what the the Bible in Genesis Chapter 1 says.”

And what of climate change, the rising trend in global temperatures and emissions of greenhouse gases from burning fossil fuels and other human activities? Nalliah went on to explain: “The fact is God is in charge of climate for 6000 years … we cannot change the climate.”

Monckton’s previous tours have been supported by Gina Rinehart and a mining industry association, with organisation from another fringe political group in the Climate Sceptics Party. This time, the Democratic Labor Party is reportedly helping organise the trip, alongside Monckton’s very own foundation run by Chris Dawson, a Climate Sceptics Party Senate candidate.

*This article was originally published at Desmogblog

Sceptics on the menu at Rinehart’s
luncheon

What now for Rupert and News?

Will no one rid us of religions’ nit wits?

What Venise said…. don’t expect senior figures in the ALP or Libs to address this. Nalliah is bordering on “Hate Crimes”, as is Monckton, who is also clearly deranged. How did he get a visa?

Of course the reaction of these people to comments like Venise Alstergren’s will be that their freedom of expression is being infringed.

Fuck his freedom of speech, bow about my right to not have religious crackpots interfering in the political process? Isn’t there a separation of church and state enshrined somewhere in this country? As for Monckton, I would like to know how he got a visa?

These clowns believe in a very spiteful God. They are hardly different from people they would cause ‘heathens’ quaking at Zues’ thunderbolts. And why is concern for life inside the womb inversely proportional to concern for the life of those already born?