Disgraced cyclist Lance Armstrong is finally making a public statement. Well, sort of. He's getting the Oprah treatment, having given his first interview since the doping scandal allegations to the influential talk show queen. Plus other media news.

All change at the Bully. Walkley Award-winning Townsville Bulletin journo Kath Skene has been appointed the new day editor at dominant glitter strip tabloid the Gold Coast Bulletin. Skene replaces Mel Pilling, who has taken maternity leave. In other changes, council reporter Matthew Killoran becomes state political reporter after the popular Sue Lappeman took a redundancy. Clarion-winning health scribe Stephanie Bedo takes over the council round with Tanya Westthorp stepping up to the health round.

The Bulletin is one of the only prominent Australian newspapers growing its circulation, albeit gradually. The paper increased its Monday-Friday circulation in the September quarter from 36,874 to 36,880 copies a day from a year earlier — a gain of 0.02% or six copies as trailblazing editor Peter Gleeson explained on industry site INMA last year. — Andrew Crook

Lance gets on the couch. Disgraced cyclist Lance Armstrong is finally making a public statement. Well, sort of. He’s getting the Oprah treatment, having given his first interview since the doping scandal allegations to the influential talk show queen. The 90-minute Oprah Winfrey special will air on January 17 in the US (it will be simultaneously streamed live on O’s website for international viewers).

The only thing we have to fearr. An eagle-eyed Crikey reader sent us this snap of yesterday’s Albury-Wodonga Border Mail newsagent flashboard. Our thoughts are with all those affected by the ongoing fire danger … 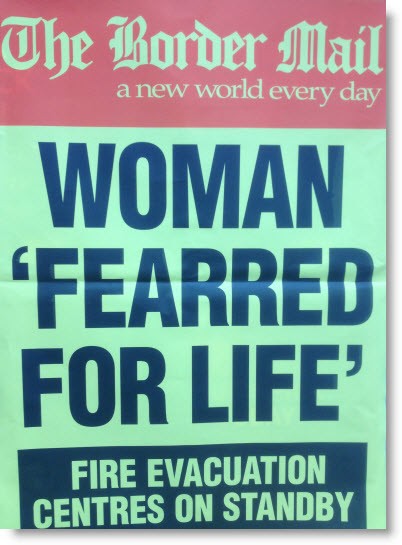 Video of the day. David Bowie celebrated his 66th birthday yesterday, but we get the presents, thanks to the release of his new song titled Where Are They Now. 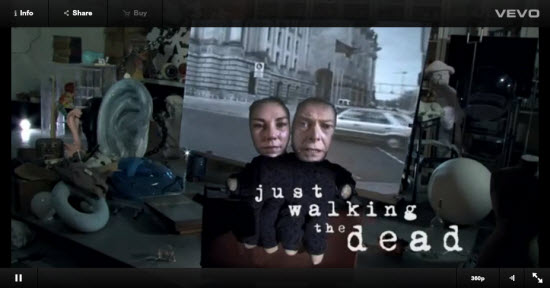 Front page of the day. Over in the UK, the brother of Stephen Lawrence, who was murdered by a racist gang in 1993, is pursuing a racial discrimination case against the UK police. 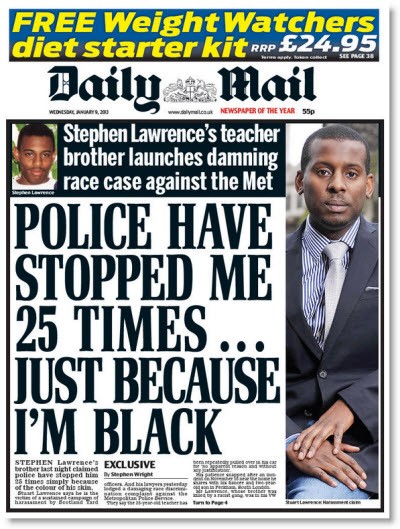 Video of the Day: 25 years of Oprah screaming celebrities’ names

My Bulletin … the Tele’s spin …

I trust Oprah will inter-splice Armstrong’s comments from their 20 September 2005 interview.

At the time I noted he didn’t actually deny drug-taking but caused an easy diversion by explaining how the accusations “broke my heart.”

Poor Stuart Lawrence. Why play the black card. Although in no way condoning the action but if the MET is harassing you they are harassing you because of your association with your brother not your colour. For the record I am working in a moderate West African country and I get stopped daily by the police because I am white, and no other reason but do we ever put this “other” side of racism in the picture frame