Pencil in September for the federal election

The big one -- the federal election -- will occur later this year, and Western Australia will also head to the polls. Crikey's elections guru outlines the year ahead and makes some guesses on the big date. 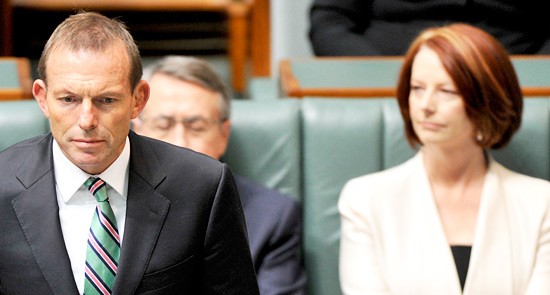 I begin 2013 as I did 2011 and 2012: with a review of this year’s electoral calendar. On the two previous occasions I engaged with the possibility that a federal election might be brought on ahead of time due to parliamentary defections and/or byelection defeats. Having proved more than a few detractors wrong in avoiding such mishaps, the situation for the Gillard government is definitive this time — it will face the polls this year, by no later than November 30.

Should the government push the election date out as far as it can go, it will have extended its “three-year term” to three years and three months, the date of the 2010 election having been August 21. This is because the clock on the three-year term does not start ticking until the first sitting of parliament, which was on September 28, 2010. Once the parliamentary term expires, there can be a 10-day gap before the writs are issued, as many as 27 days for the ensuing nominations period, and a further campaign period of up to 31 days until polling day.

The minority government agreement reached with Tony Windsor and Rob Oakeshott after the 2010 election stipulated the “full term” to be served should continue until September or October. The Howard government provided handy precedents in this respect, having held out for at least an extra month in 2001 and 2007 without incurring too much opprobrium.

The other end of the equation is how soon the election can be held. In theory, an election for the House of Representatives only can be held at any time, so long as one dispenses with the assumption that it will be held concurrently with a half-Senate election (the time where a double dissolution might have been a theoretical possibility having already passed). A House-only election would put election timing for the two houses out of sync, something governments have been determined in avoiding since the last such election was held in 1972.

There were theories abroad that the government might nonetheless have just such an election in mind, either to seize advantage of an upswing in the polls or to spare itself the embarrassment of failing to bring down a budget surplus. However, the government’s pre-Christmas withdrawal from the surplus commitment — together with the Prime Minister’s recent insistence the election date will be “around three years since the last one” — make it a safe bet the House’s election timetable will indeed be tied to the Senate’s.

The next half-Senate election will be held to replace senators who were elected when Kevin Rudd came to power in 2007. They began their terms in mid-2008 and will end their terms in mid-2014. The election process must begin in the final year of the six-year term, namely from the middle of this year. Since the process involves a campaign period of at least 33 days, the earliest plausible date is August 3 — less than three weeks before the third anniversary of the 2010 election.

School holidays in various states between September 21 and October 12 offer a complication for part of the period nominated by Windsor and Oakeshott, although Howard’s decision to hold the 2004 election on October 9 showed that only the consecutive AFL and NRL grand final weekends were (in Howard’s own words) “sacrosanct”.

The best bets therefore seem to be the first three Saturdays in September (the 7th, 14th and 21st) and the last three in October (the 12th, 19th and 26th), with the proximity of the three-year election anniversary strengthening the case for September over October.

Considerably less ambiguity surrounds the second biggest electoral event of the year: the state election in Western Australia, where the Barnett government’s introduction of fixed terms has set the date for March 9.

The government has further taken the opportunity to return the election date to its traditional position early in the year, which had been upset by Alan Carpenter’s unsuccessful gamble in bringing the previous election forward to September in 2008.

The introduction of the fixed term regime has thus granted the Barnett government a six-month extension on its four-year term, which as far as I can tell makes this the second longest term served by an Australian parliament since federation — the first being a short-lived experiment with five-year terms in South Australia in the late 1930s.

Surprise early elections in other states are always a technical possibility, but fixed terms and bumper majorities make this very hard to envision in any case but one. The exception is Victoria, where Ted Baillieu’s government holds the slenderest of majorities, trails in the opinion polls, and has ongoing problems with the accident-prone member for a marginal seat. Were Baillieu’s government to fail where Gillard’s has succeeded — and lose a seat through a parliamentary defection or byelection — the result would be a parliamentary gridlock that would almost certainly require an election to resolve.

A step lower on the electoral food chain are byelections, which are hard to foresee in advance but almost certain to occur at least somewhere at state if not federal level. One intriguing possibility emerges from Bob Katter’s promising idea to lead the Katter’s Australian Party Senate ticket in Queensland and bequeath his existing seat of Kennedy to his son Rob Katter. That would require a byelection for Katter Jr’s existing state seat of Mt Isa, which would provide Katter’s Australian Party with a further opportunity to land a punch on the nose of the Liberal National Party.

I don’t think the election will be in September, more then likely it will be Mid October.
The reason for this thinking is that Abbott is going to try to run a campaign where he will offer very little detail in policy – I know this because as his news year editorail outlined his current policies are completely contradictory and just plain bad – therefore should the ALP go to an electtion in the middle of Football finals they will help Abbott’s cause because the public’s focus wil be elsewhere.
If they go in Mid to late October they will expose Abbott to a lt more scrutiny.

Also the later date will allow more time for the MRRT and Carbon tax to operate smoothly and increase the questions about why we need them scrapped.

I’m tipping a November 2 election – give people a week to get over the footy, then have a good four weeks of policy scrutiny and hold the election before there’s any chance of interest rate hysteria from any Cup Day RBA decision.

Hang on. Can’t we hope we the people will still be able to force a by election by questioning the honesty and integrity of Jenny Macklin? Have we missed the time where she stepped in and corrected the spin in the official transcript published by her staffer, under the Federal Coat of Arms. Informing readers of what was said about living on the dole? Truth or fiction. Edward James

Quite possible and good reasoning Sam. That would be the latest I think the would go though as once you get into November the opposition will run a variation of the “illegitimate govt” spiel and start saying they are holding on to power undemocraticall y by not allowing the public to vote them out.