From the vault: what is poverty, and who is ‘poor’?

Families Minister Jenny Macklin, who has shifted some single parents on to the dole, is being panned for saying she could live on Newstart. In this piece from October, Crikey looks at how to define the breadline in Australia -- and who is living beneath it.

It was an easy headline, especially given the report was released on a Sunday. “One in eight Australians live in poverty,” said the ABC. “More than two million Australians in poverty,” ran the AAP copy. Fairfax ran some profiles of people struggling to make ends meet off the back of the Australian Council of Social Services’ new report on the extent of poverty in Australia.

Few bothered to look into the basis for ACOSS’s numbers, beyond that it was an internationally-accepted poverty benchmark. ACOSS used the OECD’s poverty definition, which is 50% of median disposable income. It also provided data for another, less austere benchmark, 60% of median disposable income. On the basis of the lower OECD definition, which ACOSS prefers, 2.265 million Australians are living in poverty. Using the 60% definition, 3.7 million Australians are.

Fifty per cent of median disposable income is $358 a week for a single adult and $752 for a couple with two children.

Neither sum is easy to live on. But they’re the product of an arbitrary benchmark: there will always be a substantial proportion of the population identified as “living in poverty” if you define poverty in relation to median income.

But deprivation-based measures of poverty allow us to move away from arbitrary benchmarks and consider how many people are actually in financial circumstances where they’re unable to afford basics most of us consider essential. And some high-quality work on this has already been done, including by ACOSS.

Earlier this year ACOSS published a report, “Who is missing out? Material deprivation and income support payments“, based on a study by Professor Peter Saunders and Melissa Wong of UNSW. The study, which used data from the 2010 “Poverty and exclusion in modern Australia” (PEMA) survey, looked at how many households displayed “deprivation indicators” based on a range of indicators widely agreed to be “essential” for households.

For example, 99% — or more — of people agreed warm clothes and bedding, medical treatment, ability to afford prescription medicines, and a substantial meal at least once a day were essential. Over 90% agreed up-to-date schoolbooks, the ability for kids to participate in school activities and outings, a decent and secure home, and regular social contact were essential. The only survey indicator that appears to have been widely disputed as “essential” was “a week’s holiday away from home”, which was identified as essential by 54%.

“The most at-risk group for lacking ‘essential’ items is, unsurprisingly, Newstart-recipient households … this returns us to the debate over whether to increase the level of Newstart assistance.”

Using median income as a measure of poverty allows us to capture the sense of “relative poverty”, which is important in a prosperous Western country. But the PEMA approach also enables a comparative element. For example, 72% of PEMA respondents agree computer skills are “essential”, even if they would not fit into any meaningful definition of absolute poverty.

Using the PEMA data, Saunders and Wong provided us with an alternative take on poverty in Australia. But the result isn’t one to fill us with complacency: 15.3% of households reported lacking at least 3 of the “essential” indicators.

This included 18.5% who couldn’t afford a week’s holiday; indicators at the other end of the scale are much lower: inability to buy prescribed medicines was 2.9%; inability to afford children’s participation in school activities 2.6%. But 20.7% reported not having $500 in emergency savings; nearly 12% reported being unable to pay a utility bill at least once a year.

The most at-risk group for lacking “essential” items is, unsurprisingly, Newstart-recipient households; 61% reported lacking at least three indicators, although the sample size is too small to provide reliable figures. Households reliant on the disability support pension or parenting payments also featured strongly in households reporting deprivation indicators; age pension recipient households featured much less prominently; indeed, had a lower rate of lacking at least three essential indicators than the community as a whole; it was age pension recipients who didn’t own their own homes who were overrepresented.

This returns us to the debate over whether to increase the level of Newstart assistance. In August, even the Centre for Independent Studies, a serial participant in the “poverty wars”, argued there may be a case for an increase in Newstart for the long-term unemployed, provided it came with stronger requirements for recipients to search for work. This would be cheaper than an across-the-board rise that would simply represent a windfall for the majority of Newstart recipients who only receive it temporarily while between jobs. 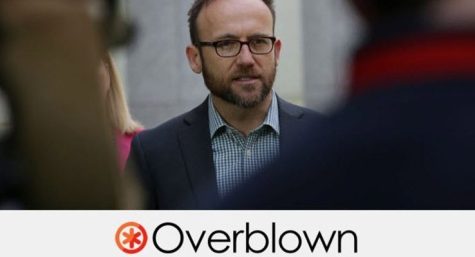 Hmmmm, this is a little complex when I think about it. I remember the government paid support for my my grand niece when their parents went back to university. Now, I’m assuming that parents being pushed onto Newstart won’t get any support payment for each child between 8-16 years old, that will be very tough for them if they don’t get a few hours of work each week to make up for the short fall. If they don’t have a job, they’ll need at least $25 per child per week from the government. But the government’s idea is to get parents into the workforce and be more independent. This is where the government, the Greens and welfare groups all have it wrong in their policy approach.

In my past life as a manager of a small super market, I’ve met many single mothers (and very few single dads). A tiny number want to work a little, just so they can meet people and ‘men’, they wanted cash in hand so it would not affect their centrelink payment. About 80% of the single mums I met were working. 20% were happy to live on centrelink payments and had no desire to get a job.

A good number of single mums are discouraged from working by centrelink reducing their payment too much too quickly when the get part time work. They want to work to earn more money but centrelink reduce too much of their payments, so they asked for cash in hand or refused the job if it required more hours which greatly affect their welfare payment. One great problem was that the mums who wanted to work part time had to put their kids into childcare, it costed a lot while Centrelink also reduced their payment so much that many of them felt that it was not worth it to get the part time job.

Ok, I have to make my tortilla and sauerkraut first. To be continued….

Intolerance towards the unemployed and refugees and others deemed “unfit” in some way, is fostered for political purposes by the Plutocrat (the mining billionaires mainly) directed media and their puppets (the Coalition) in the circus that is now Australian “politics”. It is a cynical means to an unworthy end, to keep the plutocrats softly padded in their mansions. And the rest of us are played for suckers.

Children turning 8, is the right age to have stronger push to try to get the parents back into the workforce. The parents had 6 years to think about it and 2 years to look for work when the child is between 6-8. I think it’ll be a good thing if there’s some kind of insurance scheme for when the parent become unemployed and can draw from it, possibly make some salary sacrifice contribution to the ATO maximum 2000 per year and the government will match additional 30% of the amount when they draw their money out of the account, overall maximum government contribution will be $5000. Similar scheme could be set up for people who want to get more money than their current newstart rate, but probably best to interest rate or some kind of maturity over the years rather than the government contributing 30%.

The dole is slightly below the right amount. Let treasurer Apollo show Swanson how to calculate it.

Pension = 2.72 days of minimum wage. So it should be $347.289 which is a bit lower than current rate. I can hear the pensioners cursing me now, but my friend is on the pension and said that it’s gone a bit too high. They can raise the pension by 1% only next year to readjust it.

Gotta make my coffee, I shall continue later…

As someone who has lived on Newstart and a Disability, I think there is a need to raise the level of Newstart or at least make it easier for people to work at least part time – which has worked quite well for me with Disability to the point where I receive very little in the way of support these days. The big difference for me was that I had paid off the majority of the mortgage before I became ill. From what I have seen in other people, rent seems to be the biggest factor affecting people and perhaps an adjustment to that would be the best way to address the problem.

Okey doke, now the Greens call for a $50 raise in dole payment is lunacy, and comparing it to other OECD countries is silly.

I’m sure there are unfortunate people doing it tough and we need to find way to help them, but the idea of throwing money at everything to fix it is not the answer.

Let me tell you about some of the poor people. Sometimes they can’t be bothered doing the dishes, so they come to the supermarket to buy disposable dish and cutlery. Do the Greens really want to support this kind of behaviour and pay them more?

There is a demography of people happy to live on the dole, quite a few are fat lards, leaving their cars running, puffing winnie blues pumping greenhouse gas into the atmosphere. Some of their relatives have to buy cigarettes or alcohol for them just to shut their nagging. Giving them $50 more a week will only increase green house emission, more heart disease and lung cancers.

I’ll come back a bit later to continue…