Brain surgery then boning. A lot of journalists have been made redundant in Australian media circles this year. But perhaps none have a story like this:

As Crikey revealed yesterday, online start-up The Global Mail has made six staff redundant following a review of costs and operations. Hill, a former ABC journo who took up residence in Beirut earlier this year as the publication’s Middle East correspondent, was among them. The surgery was to remove a benign brain tumour and she’s expected to make a full recovery.

Crikey spoke to Hill via Twitter this morning but she didn’t want to comment on the situation. It’s understood management at the website — established philanthropically by Graeme Wood with a $15 million, five-year pledge — is still negotiating with the sacked reporters and administrative staff over entitlements via the Media, Entertainment and Arts Alliance. If the talks — which were proceeding this morning — are unsuccessful then an appropriate chop out will be sought through Fair Work Australia. — Andrew Crook

Age Christmas fun. David Dick and The Age iPad team have emerged triumphant in the ailing Melbourne broadsheet’s inaugural Christmas decorations competition. Dick, who was thought to be leaving the company early next year following the current redundancy round, managed to erect an impressive Australiana themed installation, complete with stockings hanging above an authentic-looking fireplace and a Christmas tree made of newspapers. 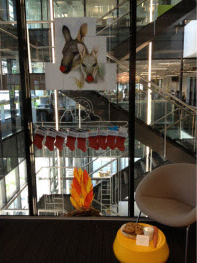 But his team was forced to share the glory, $100 prize money and a subscriber-only hamper with the joint winners from the magazines team which constructed an amazingly authentic manger and nativity scene complete with straw and a cut-out of editor Andrew Holden’s head as the Christ child. (As an indication how keen Holden was to make this a success, he distributed cash to each pod — $20 for a small pod, $40 for a large one — to fund the bonhomie.) 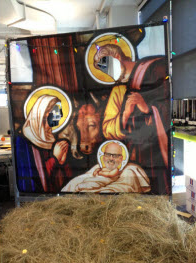 Other highlights in the bitter duel judged by Holden’s two-year-old son Rafferty (the other promised judge, Fairfax Metro Media CEO Jack Matthews, was sadly not in attendance although COO David Hoath was) are included below. 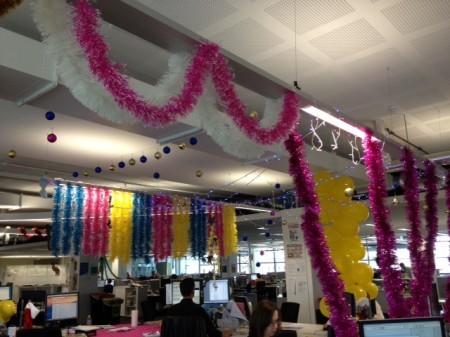 Other religions were also visible — higher education reporter Benjamin Preiss contributed a Menorah. The wildly successful competition — announced last week by Holden via email (read the full missive here) — is being viewed by Media House insiders as an encouraging sign The Age‘s devastated newsroom has recovered from this year’s horror run of redundancies and general rock bottom morale. — Andrew Crook

Australian brag watch. Never let it be said The Australian doesn’t break the odd yarn. We know that because they tell us so. The national broadsheet has developed a curious habit of including tear-outs of its scoops alongside subsequent follow-up articles. They’ve even taken to using the opportunity to slag off its rivals for being slow on the uptake. Here’s a snapshot of the boasts we found lurking in the book in the past few weeks: 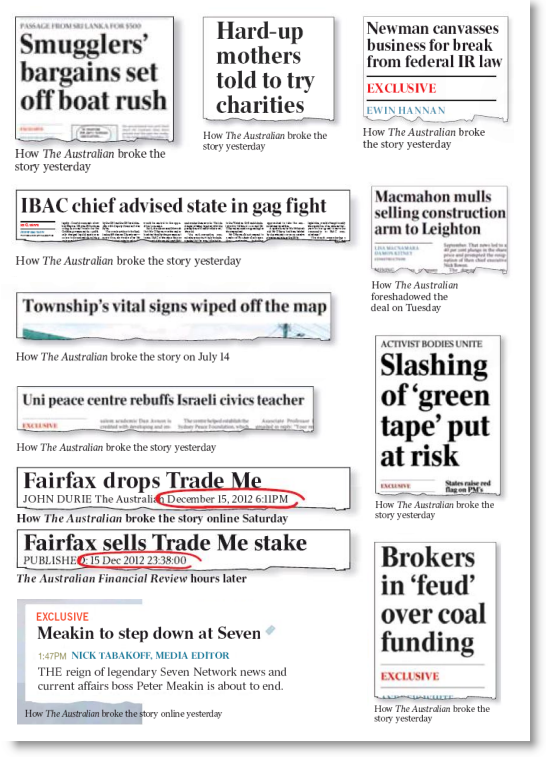 It’s all rather unedifying really. We wonder how much the readers care.

Front page of the day. There’s a lot of talk about momentum shifting in the gun control debate in the US. Helping the push is the NY Daily News, which is campaigning pretty hard for reform in DC: 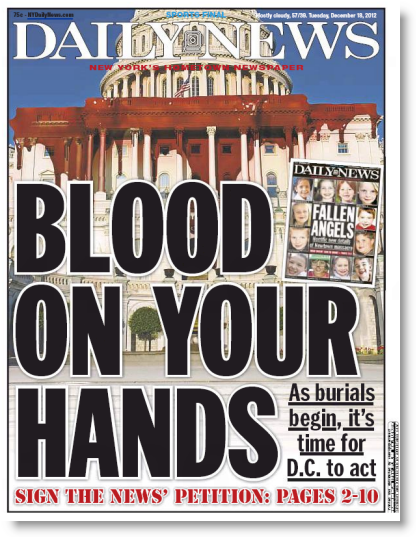 “Oz Snatch” :-
No crowing about “Gillard the Slush Puppy”? Or their “Slipper-rail”?