Free, mass online courses are sweeping the university world. Freelance journalist Erica Cervini signed up to a Princeton subject to see what the fuss was about. 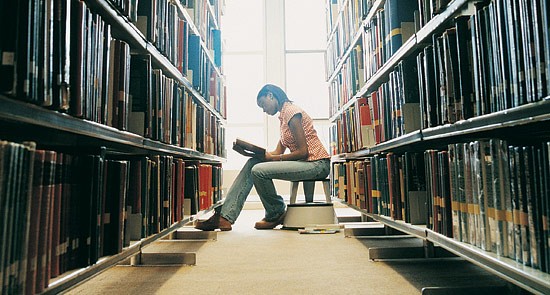 Many people dream of studying at Harvard, Stanford or Princeton universities. They’re the rock stars of university league tables and they charge rock star fees. So it’s not surprising that when they started offering some of their subjects online this year to anyone in the world for free, people rushed to log on.

MOOCs — massive open online courses — are offered through companies such as Coursera, which was started by two Stanford University professors this year. Stanford also pioneered iTunes U — after all, the university is situated in Silicon Valley.

The Coursera website says it has 1.9 million Courserians and offers 210 subjects from 33 universities, including Princeton and Duke. Students don’t earn credits, but some subjects hand out certificates of completion.

The University of Melbourne has joined Coursera and will offer subjects from next year. The Age and The Australian recently reported how happy Melbourne is about the number of students that have enrolled. But there’s a big difference between students signing up to do a subject and the number who actually complete it. More on that later.

The rise of MOOCs has got Australian vice-chancellors talking. Last month, RMIT’s Margaret Gardner wrote to staff that the massive open online courses “have led to much nervous speculation and re-evaluation by universities of their strategies”.

“Will MOOCs make university teaching as redundant as the Saturday newspaper classifieds?” she asked. “Will online education mean today’s standard lecture and seminar will be to learning and teaching what vinyl records are to listening to recorded music?”

How worried should Australian universities be about MOOCs? Are they just another technological fad?

Some commentators claim that MOOCs sound the death-knell of the university lecture. In the new university a few world experts will give lectures, which all students around the world will log in to watch. But none of the commentators seem to have studied a MOOC. I have — and give me a face-to-face class any day.

I have almost finished studying a Princeton subject, A History of the World Since 1300, offered through Coursera. Since September, I have watched video lectures for two hours a week, contributed to online forums, written five essays (I have a sixth to do), and assessed other students’ essays as well as my own. I enrolled because I enjoy history, was curious about studying a Princeton subject and wanted to know what it is like to do a MOOC.

Professor Jeremy Adelman, who runs the subject and gives the lectures, was also curious about how a MOOC would work. “This will be a great experiment in learning about the history of the world in a global format. So, I look forward to learning alongside you and everyone else,” he wrote in his first newsletter.

It has been a learning experience for Adelman, who got off to a shaky start. He bumped into a student at the local dry cleaners who “noted that watching me on the screen was not nearly as engaging as watching me live (she has audited other courses I teach at Princeton)”.

This was the first time the professor has given video lectures. His Princeton students watch the same videos as us Courserians.

Adelman has got much better in front of the camera, and the content of his lectures is really interesting. However, it is hard to watch a talking on a screen head no matter how fascinating the content is. I ended up downloading the lectures to my iPod and closing my eyes. The atmosphere in a lecture theatre beats videos hands down.

At the beginning of the subject, 70,000 students had enrolled from countries such as Brazil, Lithuania and China, and ranged in age from 15 to 80. Enrolments have risen to almost 90,000.

But not many students complete the assignments, which is typical of all MOOCs. Out of the almost 83,000 students who were enrolled at the time of the first history essay, nearly 1800 submitted a paper. That’s about 2% of students. According to Adelman the figure “is an impressive feat by the standards of online education!”

One student worked out how to obtain completion figures for later essays. Almost 1170 did the second essay, 940 submitted the third, 791 the fourth and 605 the fifth. He also reckons these completion figures are good for an online subject.

“Why are so few students completing the assignments?” one student asked on the online forum. Some are pressed for time, others have trouble writing in English, some have technical problems submitting essays, while others weren’t keen on the peer assessments. Or perhaps the novelty of studying a MOOC wears off pretty quickly.

One thing that MOOCs haven’t successfully worked out is how to assess the humanities. We marked each other’s essays, giving a score out of nine. Some took it seriously, while others became so picky that it put students off from doing their next essay. Some students cheated by lifting material from Wikipedia.

Although there is a lot of MOOCs-mania, they aren’t going to take over the world. Even Stanford University is still debating the merits of online education for its own students, and its role in Coursera.

At its senate meeting in October (the minutes are available on Stanford’s website), Andy Fire, a professor in pathology, said he doubted that “through online education you can deliver the same quality of education that someone would get even at a struggling university if the faculty there are trying”.

But he also warned that this wouldn’t be obvious to political and administrative forces. They will conclude, “it’s a lot cheaper just to educate all the people in this county with online education, and get rid of the state university, state college, and the odd community colleges”,

‘May we cherish life for the sake of those who have died’: Port Arthur, 25 years on

A short history of American insurrection. This is kind of who they are…

Hi,
Been involved with online education for about 20 years – the form is OK for some subject types and even then for specific components within the subject.
I don’t think I’d get in an aircraft where the pilot had qualified via online courses – and of course – surgery can be tricky!!
It’s basically a dumbing down process – get enough punters out there partially educated and you have the perfect consumer target.

It is interesting to read this scepticism. Most commentary on moocs is so exorbitantly enthusiastic as to be ‘mass psychosis’, as Stokes (2012) said.

Stokes, Peter J (2012) quoted in Carlson, Scott and Blumenstyk, Goldie (2012) For whom is college being reinvented?, Chronicle of Higher Education, 17 December.

I’m currently taking the “Experimental Genome Science” course on Coursera. It’s quite good – a very technical subject, but each week we have a paper to review, and a fair bit of feedback on how we’re doing with understanding the theory on the quizzes. It’s very much a thing of getting out what you put in – if you do listen to the lectures, do the assignments, read the extra material, you’re going to get a great deal out of it.

I do think that this provides a type and style of learning that would be unavailable elsewhere. Even though many of those who might be interested will not put the effort in, for those who do – this sort of resource being available is a wonderful thing.