Save me, Trade Me: Fairfax sells profitable NZ site

Debt-plagued Fairfax has moved to a full sale of profitable Kiwi classifieds site Trade Me. Was it the right move, as the company seeks to pay down debt in a troubled market? Myriam Robin and Matthew Knott report. Petre — who is reportedly poised to sign up with Fairfax to advise on digital opportunities — tells Crikey the company’s decision, signalled on the weekend, to sell its remaining 51% stake in the Kiwi cash cow is “exactly the right thing to do”. Not everyone agrees, however.

“It makes an enormous amount of sense,” said Petre, executive chairman of tech investment company netus. “They got a good price for it … The clock was ticking after the partial sell-down in June.”

The sale frees up funds to spend on future redundancies and digital investments. Petre, who declined to comment on his future with Fairfax, has a history of championing websites not dependent on advertising revenue — an attractive proposition to Fairfax given the glum ad market.

Media analyst Peter Cox, who stood unsuccessfully for a spot on the Fairfax board at the last annual general meeting, also regards the sale as a smart move.

“Trade Me was a mature product,” Cox said. In New Zealand, which has a population of 4.4 million, there are 2.5 million registered Trade Me users. “Everybody that they could get to, they had gotten to. Penetration is maximised.”

Cox thinks Fairfax should get out of NZ altogether. “New Zealand is a full-penetration, low-growth market. You don’t need to be involved in New Zealand,” he told Crikey.

Steve Allen, a media analyst and the managing director of Fusion Strategy, is in two minds about the sale. “While the rationale is terribly simple to follow … there’s a big question mark on this,” he told Crikey. Allen says Trade Me has likely “reached its peak”, making the sale a way to maximise value. But he worries about the pressure Fairfax’s board has been under to reduce debt.

“Debt is absolutely on the nose with investors, analysts and major shareholders,” he said. “I think the market is behaving somewhat irrationally and forcing listed media companies to take decisions … that might not have been sensible. Assets are coming up for sale that often, like this one, you really do question.”

After all, even if Trade Me stopped growing in the future, it was still making Fairfax a lot of money. “Fairfax’s other assets have diminishing profits in general,” Allen said.

Cox takes a more hawkish view on the reduction of the media company’s debt, which after the Trade Me sale is down to $200 million, from $815 million. “They need a balance sheet to support acquisitions in the future,” he said.

“This is an industry where the bottom line is dropping by the day. You can’t afford to have debt hanging over your head. I can still see a lot of red ink at Fairfax — their profits will keep shrinking, and those interest payments are better spent elsewhere.”

Allen says that by paying down more than $600 million-worth of debt, Fairfax’s interest payments are likely to go down by at least $40 million a year.

Not that Cox expects to see this invested back into the company’s journalists. “I think the structure of all media businesses is going to have to change. Digital companies run on far less staff,” he said. 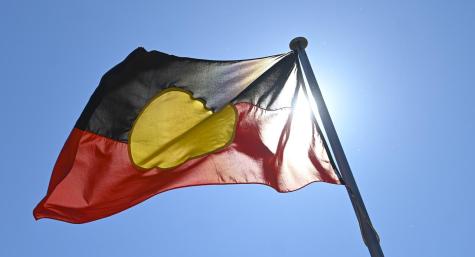 70% in 6 years is about 9%pa. As investments go and after allowance for risk (ie the whole thing might end up cactus, like everything else Fairfax has engaged in of late), this is close to comparison with stuffing your money under the mattress.

It is nowhere near close to being a masterly investment. Good result? Perhaps.

Australia has the misfortune to be standing by as its entertainment, publishing, news and media industries all shrivel, so it could be said that a single subsidiary earning 9% pa is impressive – but only in relation to the company it is keeping.

It’s now very very clear. Management has no strategy at all. They’ve sold their cash cow, growth piece essentially because they can’t manage the transition or demise of the print business. The fact that they are trying to get the ecorp team – now THIRD hand after plays with Packer and then Murdoch – says it all.
This board and management have asserted that they have a digital future. There is absolutely no evidence of that and they are in a year where their earnings are going to be clobbered.
All you can see are vultures chewing at the carcass. Directors, management and masses of consultants.