In Connecticut, it’s too calm and too practised

The meditative reflection on display after the Newtown massacre seems too polished and well-practised. It's a particular condition of a more general process -- fatalism encroaching on daily life. 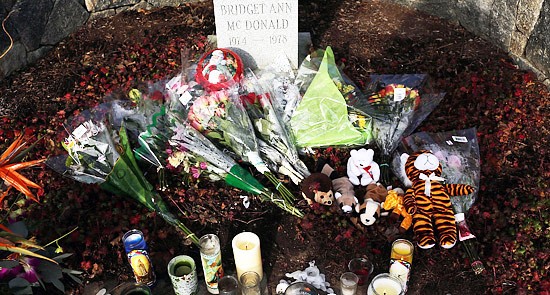 By the time the bishop came to the lectern at the Bridgeport council chambers, to read the names of the dead — the children and the teachers — of the Sandy Hook school, the air was already being broken by raspy coughs and sniffles. The crowd of 200 or so, white and black in equal measure, suits and track suits, Sunday church dress and leather jackets, had assembled, it seemed, in a few minutes.

At a quarter to five I’d been standing beneath the portico of an empty city hall. Then they had come, poured in from the vacant lots and the multi-storey carpark, the shabby main street. We had had Amazing Grace, we had the schools superintendent, the senior counsellor giving out homilies utterly inadequate to the situation. The crowd had started quiet, and got quieter. By the end of the speeches the silence was like a gasp, air removed from a room.

And, as the names came, in the bishop’s deep bass, we more or less lost it. “Benjamin Wheeler [beat] six. Josephine Gay [beat] six. Chase Koloski, six.” Six, seven, six, six: like a series of hammer blows. The flutish breathy sound began at the front and began to roll slowly back. It was harmonic, tuneful, it was so many people moaning that the sound had harmonised become a descant.

Bridgeport was the first town on the Metro North out of Manhattan. Of the dozen or so holding vigils this afternoon, a port town, where the Connecticut River meets the bay, concrete pylons and overpasses across the water, the deserted and graffitied redbrick city within. It was a foul and dark day, grey sky low to the horizon, all but catching on church steeples, winter trees at the edge of sodden fields, barely there. It is three days from the solstice, midnight of the year.

Across the state they are holding vigils, a candlelight vigil in Marlborough, a lantern release in Hartfield, in Derby, in Clinton, Middletown and Naugatuck, Plainville and Hebron. In the ecumenical church, beside Route One, at the firehouse, on the town green. Commuter towns along the coast, yielding to farms, then more commuter towns. Old villages now part of the vast urban web of New York, places there and not there. They stretch to cities beyond the state line, but it is here that the memory is concentrated. They don’t move far in New England, so the map of the killings spreads out — a teacher born in Middlebury, children whose family had just moved west 20 miles from Vernon.

Further away, it’s on continuous rotation on TV. The 24-hour news channels in cabs and diners, foyers and banks; the continuous procession of psychologists and pastors, so and so, PhD with one book, interviews done from Newtown, on the heath, before more dead trees, host and guest standing close, rugged up, breathing vapour as they speak. No one can know the nature of evil, they say, the shooter was autistic but we shouldn’t stigmatise the mentally ill, we will eventually be able to map brain functions and have warning signs.

It’s the guns, stupid, says someone. No, Connecticut has strict gun laws, it’s the culture of violence. It’s God not in the classrooms anymore. It’s this, it’s that. It’s a mystery, a mystery, a mystery. Any sense of a news presentation has long since dissolved in the flux, the noise, the grey river of staying on air. Parents vox-popped, holding tears back, jaws clenched against collapse, standing on fairy-lit porches, klieg-lit lawns, clapboard-like backdrop.

The details of what happened in the school, pieced together and published in the Hartford Courant, simply do not bear reading about, and I suggest you trust me on that. The adults were brave, and they died; the children were terrified, and they died. No other useful information is imparted.

“The meditative reflection on display strikes one as a particular condition of a more general process — the manner in which a type of fatalism has encroached on daily life at the very root — in America.”

Oh save this: of the teacher who, realising what was happening, started yelling “lockdown”, as per authorised procedure. Meaning, such things are now so anticipated they are prepared for like fires or floods. Meaning, people have sat round in rooms, gaming it out, working out what procedure would limit the deaths, triaging massacre. They work for the education department. But they now have the same role as jaded federal aviation authority types describe their job. They follow the bodies.

By now, as they poured out of the City Hall, night had come down. Obama had landed in Danbury an hour or so earlier. He was visiting with parents of the dead children, relatives of the teachers, ahead of addressing a vigil at Newtown High School, the place the children would eventually have attended. I grabbed a cab, got on the freeway. The traffic thickened pretty quickly, it was obvious everyone had the same idea. We swung by Sandy Hook to see the school first, or the closest approach.

The entrance was forest-dark, the backblocks of a small town, houses without fences in rolling hills, screened by trees. At half a dozen streets cherry tops flashing through the night, state cops with rainshields stretched over their hats. They were antsy, agro, as a lot of people around had been today.

At the Newtown School, the gruesome electronic carnivale had set up along the main drag, truck after truck, platforms set ups lights and logos. Teleprompters scrolling to no one, faces being dusted. Local families walking the road to the hall. A feed showing them setting up deep inside. All calm, all practised.

I stepped out of the cab, had a look at the plangently sad memorial pile, teddy bears and mauve balloons under the town’s main square Christmas tree, and then we went to a Starbucks to file, caught on the freeway ramp for 20 minutes, as the presidential motorcade flashed past, and for some time after. Red lights and black cars in the night. There was something awful about it all, the massive movements of power in the service of broadcast compassion and comfort, shuttling ceaselessly through the night. All calm, all practised.

Too calm, too practised. They are too good at this now. There is too much stricken meditation on the unknowable nature of evil, too much “this is not a day for politics”, too much coming together, too much spirituality that is really passivity with a gloss, too many candles, too many floating lanterns. These things have become as polished and inverted in intent as teen funerals with their slideshow montages to Time of Your Life.

There’s something nauseating about such forbearance. The systematic and thorough killing of 20 children under seven should not be an occasion for which anyone is sufficiently prepared. By its very nature, it should be an occasion for hysteria, for disarray, for uncontrollable grief. Occupy Connecticut should not be spruiking floating lantern vigils, they should be besieging the office of the Sporting Shooters Association which lobbies for legal assault weapons, and which is headquartered in, gosh, Newtown, Connecticut.

The meditative reflection on display strikes one as a particular condition of a more general process — the manner in which a type of fatalism has encroached on daily life at the very root — in America. Though expressed in religious terms, it seems to have more to do with the all-encompassing power of abstract systems, corporations, processes, a life lived in permanent suspension from the real.

Now as I file, Obama is soon to speak in Newtown. He too has been called “the comforter-in-chief” in this strange and awful moment. Will he break out of that role tonight or in the days to come, put himself at the head of a movement to action? Or will the wailing move from the Bridgeport Hall, out the doors and across the nation?

Obama weighs up letting the budget go over the cliff

A truly excellent piece, about an utterly appalling event.
Thanks Guy.
Just hoping that this time, the polished response might crack, so there’s some vague hope of real change.

The real killers are the pro-gun senators. While they did not pull the triggers, neither did those Serbian,Bosnian, Croation generals. The killing of twenty children is a crime against humanity and a direct result of the pro-gun lobbyists in the US. Stop further murder and sign the petition please!
http://www.change.org/en-AU/petitions/international-court-of-justice-at-the-hague-bring-the-us-pro-gun-senators-to-justice

Yes. As always, you are spot on Rundle.

Yes, excellent Guy, well done. What more can be said?

“The details of what happened in the school, pieced together and published in the Hartford Courant, simply do not bear reading about, and I suggest you trust me on that. The adults were brave, and they died; the children were terrified, and they died. No other useful information is imparted.”

That’s excellent advice Guy, I will take it. In our 24/7 voyeuristic news world, more reporting like this is what’s needed. Thanks again and a beautiful piece. Just heard Obama’s speech and more or less lost it myself. There is hope there that this time, things will change.