China's leader-in-waiting Xi Jinping has taken his first tour. Eschewing pomp, he has recreated a famous tour by a former president. Meet the "secretive seven" who will rule China next year. When then-Chinese leader Deng Xiaoping snuck quietly out of Beijing at the end of winter in early 1992, China was at a crossroads. The hardliners had won the internal Communist battle in 1989, violently putting down the pro-reform protests in Tiananmen Square. Growth had slowed under the oppressive hand of the state.

So when the ageing but still in-control leader showed up in Shenzhen, the fishing village where he had launched the country’s first Special Economic Zone (and even to this day a testbed for reform),  it was to remind the hardliners that they may have won a battle but did not win the war.

It is an event that reformers liken to Mao Zedong’s famous win in the treacherous waters of the Yangtse River in Wuhan. A potent reminder of who is boss.

Last Friday, newly-anointed Chinese leader Xi Jinping (he is expected to become president in March) took a wreath to the brass statue of Deng that stands on a hill overlooking Shenzhen’s shiny new CBD in Futian.

The city, which has grown from nothing to 14 million people in only 30 years, is one of the true financial hubs of China. Xi’s decision to follow in Deng’s footsteps on his first tour of China after being installed as Communist Party and military chief is redolent with significance.

Just to remind anyone that didn’t quite get the message, he visited the village of Yumin where Deng had also stopped. He travelled with four cadres who had been on Deng’s tour, and visited his mother in Shenzhen.

Ahead of his visit, Xi had given his second major speech in only three days, decrying much of the faux pomp and ceremony that has surrounded the visits of senior party officials. He said red carpets, large flower displays and heavy security were out.

He travelled in a minibus free of the traditional tinted windows, and strolled relaxed and smiling amongst crowds who weren’t shooed away. He looked relaxed in an open-necked shirt. This followed his refreshing use of ordinary language in his first speech as leader at the Great of Hall of the People on November 15, shorn of constipated Party rhetoric.

It was a show by a pro (his wife is a popular folk singer), revealing a savvy politician who is certainly more in tune with the complaints of ordinary Chinese people than his stiff, distant  predecessor Hu Jintao.

“Reform and opening up is a guiding policy that the Communist Party must stick to. We must keep to this correct path,” Xi told Hong Kong’s Phoenix Television. “We must stay unwavering on the road to a prosperous country and people, and there must be new pioneering.”

If Xi is marking himself out as a reformer — albeit perhaps something of a hardline nationalist one, predicts Bill Bishop at Sinocism.com — his chief lieutenant Li Keqiang, the first ever lawyer to make it into the PSBC and who is expected to be named premier at the National People’s Congress in March, is following suit. In fact Li got onto the front foot first with a series of speeches straight after the Party’s 18th Congress preaching the urgency of reform.

But it wasn’t just Deng who championed the policy of “gaige kai fang” reform and opening up during the 1990s. His protégé, the Shanghai Party Secretary Jiang Zemin — plucked from relative anonymity to take the reins of the Party after Zhao was banished — was just as eager.

“‘The left always get propaganda and the military,’ a wise old China hand once told me.”

Jiang had risen to fame in China’s Customs Administration, a role that saw him help start Shenzhen. In the Shenzhen Museum — probably the only anti-Communist museum in all of mainland China — you can trace Jiang’s rise from the customs bureau to party leader.

In the lead-up and aftermath of the 18th Party Congress last month, much was made of Jiang gaining the upper hand over his successor Hu Jintao in filling the five vacant slots in the elite Politburo Standing Committee which rules the country. It was seen as a win for the conservative/left/hardline elements, but this would seem incongruous given Jiang’s track record. In fact, it was widely reported ahead of the congress that he was impatient with the slowing of reform under Hu’s centrist stability and harmony mantra.

The one man who it was never in any doubt for a seat at the top table was Wang Qishan. The former deputy governor of Guangdong was also a senior banker. This and his chairing of the US-China economic dialogue has made him a darling in western financial circles. He has mingled easily with the country’s business elite and those that know him say he is savvy and down to earth. His financial sector reformist credentials are impeccable and he has been given the tough, critical task of tackling corruption as head of the party’s powerful Central Disciplinary Committee.

Of the other four new PBSC members, the dark horse of the standing committee race is Zhang Gaoli, long-time party chief of the booming northern port town. He is an economist by training, who is seen to have the next-best reform credentials. Like his unrelated colleague Zhang Dejiang (Zhang is the Chinese equivalent of Smith), he is a protégé of Jiang’s. Over the past five years he has overseen a remarkable boom in Tianjin, which was struggling badly a decade ago.

Zhang Dejiang was also trained as an economist (albeit in North Korea) but that didn’t stop him becoming a favourite of Jiang’s and quickly rising through the ranks to run the pro-private enterprise provinces of Zhejiang and Guangdong — the Shenzhen connections once more. The Zhang are both said to be hard men but have plenty of form in economic reform.

Jiang’s last protégé to be slotted onto the top table was Yu Zhengsheng, the most recent Party chief of Shanghai. His amazing family background includes his father’s first marriage to Jiang Qing, Mao’s wife and Gang of Four leader. His brother defected to the US, but his close ties to Deng and Jiang saw him squeak in. Yu has been an open promoter of private enterprise and legal reform.

The last man is the secretive seven’s only real hardliner, former Propaganda Department head and one time Xinhua journalist Liu Yunshan. “The left always get propaganda and the military,” a wise old China hand once told me. And inside the Party there always has to be balance.

In this group, many roads in all their pasts have lead south to Shenzhen, Guangdong, Shanghai and other free-wheeling places on the east coast. With Xi wearing the demeanour of a man who aims to be a popular leader, that probably augers as well as it can for China right now. 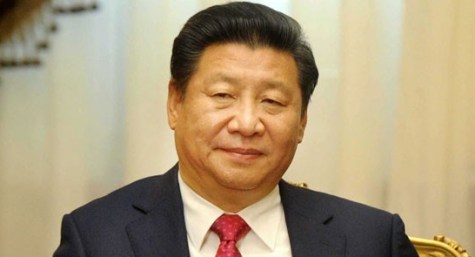 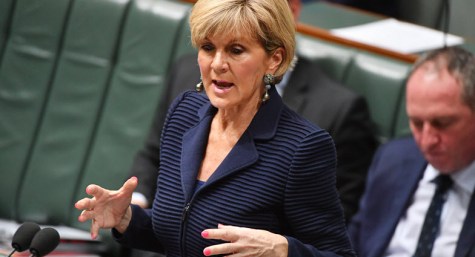 Rio Tinto, Stern Hu and the split in China’s leadership

Thanks to Mike Sainsbury for an informative piece that doesn’t seem to reflect the CIA prism view of China that Sheridan gives us in ‘pidgin english’.

I don’t recall seeing it reported that Xi, unlike his several predecessors, took control not just of the Party but the Army immediately.
Previously each newby had to wait, so,metimes years before his predecessor relinquished control of the men with guns.
Whether this is a “good” thing I can’t say but it does show that many levels of chinese society are changing, the Old Order is fading.
What rough beast slouches forward, we must wait and see.