PM in the market for a new plane: some pionters

The PM's VIP jet is also coming up for renewal. Is it time for what was sometimes referred to in Rudd's day as Reptile 1 to be supersized to fit in the entire press gallery, and become Zoo 1?

The Australian Government is shopping for a new VIP fleet but the choice may come down to just how the Prime Minister needs to fly rather than the marque of the jet.

When Garuda flight GA200 crashed at Yogyakarta on 7 March 2007, killing an Australian Financial Review reporter Morgan Mellish, two Australian Federal Police offices Brice Steele and Mark Scott, and two Australian Foreign Affairs officials, Allison Sudrajat and Liz O’Neill, and 18 other people, they were on the flight because there was no room in the VIP fleet Boeing BBJ that was carrying Foreign Affairs Minister Alexander Downer and Attorney General Philip Ruddock on a mission to Java.

Even before this tragedy there had been suggestions made within the Howard Government that a larger jet than the VIP fleet BBJ was needed in order to carrying a senior government party and support staff and a  typical press gallery media contingent.

Those calls were repeated during the Rudd Government, including suggestions that two of the five Airbus A330 Multi Role Tanker Transports or MRTTs be modified to be able to carry such an expanded entourage in the same way that two aged RAAF 707s had been used before the two Boeing BBJs took over their VIP roles in 2004.

Since then, nothing more has been said about this on the public record.

The A330 suggestion, whether as MRTTs with more flexible interiors, or in its own right, makes sense. So would a Boeing 777, more specifically the 777-200ER model, which is a highly capable jet but much less costly to acquire and reconfigure than the current -300ER and ultra long range -200LR models.

Similarly, a lightly used recently built A340-300 would make sense. There are no A340-500s *, arguably the most versatile ultra long range jet ever built, available for sale, and at the very large jet end of spectrum, reconditioned Boeing 747-400s, or a brand new VIP version of the Boeing 747-800 or an Airbus A380 would all neatly combine excessive capacity with electoral suicide in the one super sized package. No Australian government would ever make such a mistake.

But the desirability of having something larger than the two BBJs in the current fleet is made obvious by the government occasionally chartering the Australian Antarctic Division’s similarly sized Airbus A319 to fly tandem with the Prime Ministerial jet on some domestic missions.

The Dassault Falcon 900 featured in The Telegraph today is a wonderful jet for a Prime Minister that doesn’t want to fly anywhere with any of the parliamentary gallery in tow.  The same could be said for similarly highly desirable smaller but capable corporate jets like the Bombardier Global Express or the Gulfstream G650, or jets from the Embraer corporate range.

The current VIP fleet consists of three Challenger 604 jets, one of which is often used by the Governor-General.

It would not be surprising if both Airbus and Boeing try to pitch their respective BBJ or ACJ single aisle jets as replacements for the Challengers, since while these jets are much larger and roomier, they are not much more costly to acquire,  and you could fit the entire Canberra press gallery inside one of them and fly them one way to the Wilkins Blue Ice runway, in mid winter.

Renewing the BBJ fleet and increasing it to cover the Challenger roles might well be an option, depending on how the evaluation and negotiation process goes.

However if the PM of the day wants to be able to hold a media briefing for the core of the gallery on the one jet, and fly with the essential complement of senior mandarins and secretaries on board at the same time, the answer is most likely going to be an Airbus A330 or a Boeing 777, with a little less corporate bling in the cabin features in return for more flexibility in deployment for other roles such as relief or evacuation missions in times of national or regional emergencies.

Which was essentially how the RAAF 707s were seen, until they became simply too old to justify the servicing costs of keeping them safe and reliable. 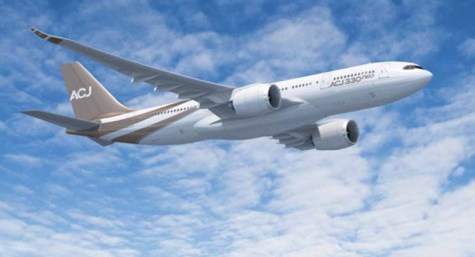