Last week a young US medical researcher from Princeton University successfully crowdsourced US$25,000 to fund a research experiment that will test amphetamines (such as crystal meth) on the brains of mice.

Researcher Ethan Perlstein used RocketHub, a crowdsourcing site for scientists and entrepreneurs, to raise the cash. It’s not a lot of money in medical research terms, but Perlstein might just have shown a way forward for Australia’s young research scientists struggling to get funding in difficult times.

Perlstein told Crikey his crowdfunding exercise restored his “academic soul” in an environment where the conventional process of obtaining research funding is “soul-crushing, especially for 20-something and 30-something scientists”.

Australia’s young health and medical researchers know just what Perlstein is talking about. They’re regularly told by senior colleagues to go away for a couple of years until research funding in Australia improves. And younger researchers are often disadvantaged because funding agencies look for a strong track record — difficult to establish for researchers early in their careers.

Perlstein’s success suggests young researchers might have an advantage when it comes to crowdfunding: their social networks. “My social media activity on Twitter was essential to our success,” Perlstein said.

“In the last 24 hours of our campaign, the surge that took us over the finish line included over 100 donors, about half of whom came from Twitter. Most of my colleagues would probably say that the amount of time and energy I invested in our campaign was not worth it.” Perlstein provided regular updates on Twitter and his (rather excellent) lab website.

The $25,000 raised is small change compared to the grants that fund long-term projects by big teams but, as Perlstein explains, in America’s National Institutes of Health funding program “80% of grant applications are rejected, and the average age at which an independent scientist receives his or her first big grant is 42”.

Perlstein is optimistic about the prospects of crowdfunding on a larger scale, to compete with large institutional grants. “We’re experiencing a global crowdfunding bubble,” he said. “I’m already aware of several science projects or science start-ups that have set ambitious $100,000-plus goals.”

Crowdsourcing has been a popular tool for Australian artists to fund creative work — ARIA award winners Eskimo Joe are running a Pozible campaign to create their next album — but scientists are yet to embrace it. The Australian Society for Medical Research, Australia’s peak society representing health and medical researchers, told Crikey it didn’t have any one “qualified to speak with any authority on this subject”.

“In recent years Australia’s standing among OECD countries has fallen in terms of government spending on health and medical research as a proportion of GDP.”

In the past three years, People Support has funded 399 Early Career Fellowships (ECFs) for recent PhD graduates, at a success rate of around 30%. At the next level, only 188 Career Development Fellowships (CDFs) were funded, at a success rate under 20%. ECFs and CDFs are only available to early career researchers and cannot be renewed. At the end of their ECF and CDF grants, many young researchers struggle to progress to the next level because more senior positions are just not available.

Senior research fellowships for established health and medical researchers numbered 257 for the last three years. The majority of these senior awards are made to renewing fellows who maintain their positions in the system for decades.

NHMRC estimates that more than 8500 local researchers are supported by its grants. The majority are funded by three-year project grants, which make up over half of NHMRC spending. This is where many ECF and CDF researchers end up.

This year, 731 NHMRC project grants were funded, at a success rate of 20.5% (much like the 20% success rate quoted by Perlstein for the US National Institutes of Health). A further 1861 applications (over half of all submissions) were deemed worthy of support but couldn’t be funded by the existing pool. Poor retention of researchers is the result.

The NHMRC has a “New Investigator Grant” scheme, aimed at increasing funding for projects which have not previously received substantial grant support. The success rate for the scheme this year was only 17.9%, and it’s consistently below the success rate for project grants to more established researchers.

Here is where crowdfunding could help. Researchers overseas are using it to support work that will generate preliminary data they can use to form the basis for bigger grant applications. Perlstein turned to crowdfunding so he could “keep pushing forward with new science”. By crowdfunding “the kind of small science that doesn’t receive attention from traditional big science funding sources”, young researchers can establish track records and begin to distinguish themselves to become more attractive prospects for large funding agencies.

It’s uncertain — many proposed projects don’t reach funding targets — but traditional grant funding models are not sure bets and can be a massive waste of researchers’ time. In an article in last year’s British Medical Journal, the administrative cost of NHMRC’s project grant funding round in 2009 was estimated at $47.87 million. Some 85% of this cost was attributable to the equivalent of 180 years of researcher time spent preparing applications.

Research funding cuts: scientists should be making a noise

The science of efficiency: CSIRO cuts are worse than you think 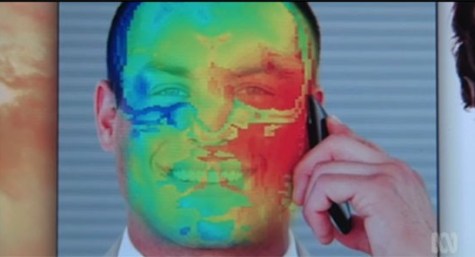 Mobiles might not give you brain cancer, but <em>Catalyst</em> gives scientists a headache

As an ECR, I am well familiar with the situation. However, I suspect that the health sciences will benefit the most from crowdsourcing funds, as it bears a strong link to the hearts and minds of the taxpaying public. I somehow doubt that my field; agricultural biotechnology, would excel in sourcing the popular dollar.

It is truly sad that governments are too busy bailing out banks, mega corporations and spending on useless wars and nation building other countries, when Our tax money should be going to important things like Infrastructure, medical research, curing cancer and advancing humanity into the future..

Another problem is that crowd sourced funds will not attract the kudos out respect that competitive grants like ARC or NHMRC. It is more important to university managers to get the grant than do work and have papers funded by other sources. There is little incentive to go for crowd sourced money; it just wouldn’t count for promotions etc..

Seems like a good idea but pales beside the mega buck$ wasted over the last half century to find something crook to say about cannabis.
Also, the retro god botheres, scientific obfuscationists & corporate shills have much deeper pockets to fuzz & obscure real research that might threaten their hegemony.
An old saying from the hippie daze was “it’ll be a grand time when education, health & public housing have unlimited fund and the war mongers have to hild bake sales”.
Jes’sayin…

@Chris Jones: Fear not. Perhaps a tale of your plight will bring tears to the eyes of a Monsanto Executive?

@James Butler: True true. All politicians do is court the banal. I would love to hear the opposition do what you suggest, instead of offering the same bailing out banks, mega corporations and spending on useless wars as the Labor Party. Really, why don’t they merge with them and save us the money?

@Matt Hardin: Time for a revolution. The Internet has freed up science the same way it freed musicians from the record companies, which is to say: not at all! Don’t expect change to come from the government. Flip the ARC the bird the old fashion way and head overseas, or the new way by crowdsourcing. Who gives a f* about ARC prestige if your research gets results?