Bangla Road in Phuket is one of the world's best-known red light districts for tourists. But life for prostitutes isn't exactly what Liam Engel, an Australian writer, expected. 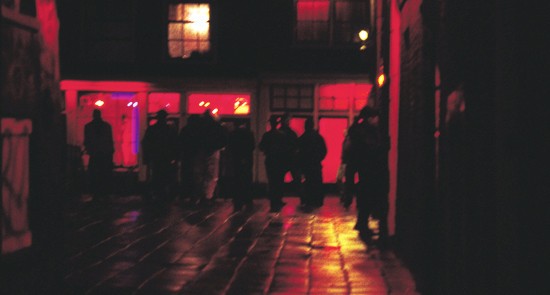 Before coming to Thailand, I had never heard the term “go-go show” used in conversation. Nor could I have explained to someone exactly what such a spectacle might offer.

I can now, but I prefer not to. I will simply say it isn’t all about ping pong balls. It’s also about turtles.

Tourism accounts for about 7% of Thailand’s GDP, and Phuket is south-east Asia’s most popular tourist destination. People come for the beach, resorts, food and culture; all at a fraction of the first world cost. While I knew people also came for sex, I wasn’t able to comprehend the size of this industry until I started walking Bangla Road after 10pm.

This is the main tourist strip in Patong; four lanes of traffic leading directly to the beach. As the sun sets, the road is closed to vehicles and bars lining the street begin to fill with tourists and pretty Thai girls. Accented musicians begin eclectic sets of Metallica, Venga Boys and The Spice Girls while touts try to convince drunks they want to buy whatever they have to offer. Occasionally it was a taxi, often it was cigarettes. But it was normally a girl, and it was always cheap.

I would see the older white men with their new girlfriends that night and the next morning, stumbling through disjointed English over a meal. Physical contact was constant, the women always touching, smiling and laughing. I hated it. It was everywhere.

Then I discovered my hotel was also a brothel, and I decided to move.

Kamala is a smaller beach town about 15 minutes from Patong. While still heavily reliant on tourism, it attracts an older, quieter crowd that I hoped would suit me better. The girls were here too, but customers came in much smaller numbers. A bar next to my hotel hosted five regular women. On a busy night I might see three of these girls find business. Generally, I would only see one.

The girls didn’t give me the same, special attention they gave their leather skinned customers on permanent holiday in Kamala, but they would always smile and wave when I walked past. One evening there were no customers at the bar. I waved, on my way to dinner. As one, the girls rushed towards me and dragged me into the bar.

I was sat on a stool and handed a beer. “Drink, this, now please, thank you!” I’m not made of stone.

A number of inhibitions later, I found myself talking to the man who ran the bar, an Australian who also came from Sydney. I had to ask him: “So, what’s the deal with the girls?” Most came from the north, he said, sent by their parents to earn money to send back home. He reckoned the reason prostitution felt so different in Thailand is largely because the culture didn’t consider sex “a big deal”.

I could understand that. While it was still a desperate act, it didn’t seem as soul destroying as junkies selling themselves in the Cross. I told him of the difficulty I felt in trying to understand the multitudes of sex tourists I had seen, and the stress this had placed on those few friendships I had made with holidaymakers.

“Most of these blokes can’t get women at home,” he said, looking me in the eye. “And they are, really, doing the girls a favour.”

The girls surrounding us, listening intently, nodded in agreement. They had a job. A way of earning a reasonable income in an impoverished country. Locals treated the girls as neighbours and saw their customers as no different to other tourists. Most had Thai boyfriends who had no problem with their profession. The girls laughed and teased my awkwardness in discussing sex.

Over the following days I began to see the lonely men, quietly nursing a beer in the bar, too afraid to start conversation with the young, attractive and clearly interested girls only meters away. Their lack of confidence was painful to watch; I’d cringe as they shifted in their seats, unsure of how to respond to a soft touch on the shoulder.

Then I noticed the girls. They didn’t leave with a man every night, and each tended to stick to their western boyfriend while he remained in Kamala. When they left, they kept in touch with emails and frequently saw one another again in the years to come. While the girls provided sex for money it was not their only service. They offered companionship that was often sorely needed. Neither were they simply bought.

The girls were demanding of their men. They had to be courted, respected and treated properly. Men who were blatant about sex were frequently ignored by the girls, and it was expected that their date would buy them drinks and take them to dinner.

I’m resisting the urge to google the turtle reference….

This is an important issue from a health point of view.

It’s hard to know if these bar girls would be closer to 1% or closer to 10%, but our HIV awareness messages in Australia are targeted at men who have sex with men, not heterosexual sex-tourists, and they will often not get themselves tested (as middle-aged, caucasian, heterosexual men tend to be a group who don’t go to the doctor much).

As someone who has spent a lifetime going backwards and forwards to Thailand and having lived there for extended periods of time long before it had been discovered by ex-pats: what on earth is this article about ?.

When will those from the West cease their endless insults of a culture they know little about ?. Don’t go to another country if you are going to be rude about your hosts.

Here is a clue Liam : by writing this thin article you have insulted a nation and it’s people collectively in a manner you will never understand and far more so than a ‘sex tourist’. Stay home or go somewhere else in the future and do no insult your hosts in a country where an article like this is like a knife in the heart.

Thailand is a country where it takes years to understand they perceive things differently to us and do not view many things with our rather twisted Puritan morals.

I *was* going to comment, that this article seemed (to put it politely) a little “naive”.
But I see Peter Shute has already been there and done that.
Thank you Peter.

PETER SHUTE: Thank you for articulating my own thoughts.
BTW, WTF was the article about anyway?