Should the renewable energy target be reduced? Origin Energy is calling it for it to be a "real" 20% share of the market, but just how does one classify "real"? 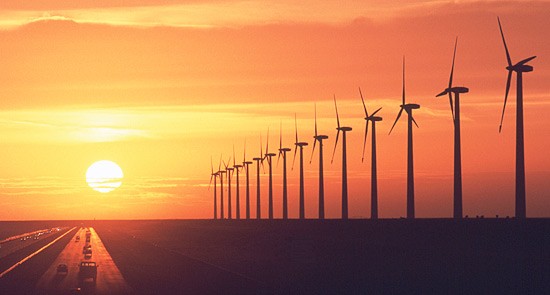 Over the last few months we’ve had a rather heated argument about whether the renewable energy target should be reduced to reflect what is termed by Origin Energy as a “real” 20% market share, which they argue would match the original policy intent.

But when you delve into the detail, nailing down precisely what is a “real” 20% is not as straightforward as you might think. This may seem odd but there is an array of different ways you can define the size of the market.

Once you consider all of this complexity you’re left thinking — well, what is it that is so magical about 20% anyway? Considering you can cut and dice the 20% target to mean lots of different amounts of energy, does it really matter?

Firstly, to go back to the original policy intent you need to look at the commentary accompanying the legislative amendments to expand the Renewable Energy Target. Commentaries are regularly provided alongside legislation to help with interpretation and to provide context about the intention of legislation.

The commentary that accompanies the original 2008 draft bill to expand the target within the Renewable Energy Act states on the very first page: “The expanded scheme will deliver the government’s commitment that the equivalent of at least 20% of Australia’s electricity supply is generated from renewable sources by 2020.” The key words here are “at least” and “supply”.

The words “at least” to any reasonable person would suggest that exceeding 20% would actually not be inconsistent with the policy intent. However undershooting 20% most definitely would be and we’d run a greater risk of undershooting under Origin’s proposal.

Also the use of the term electricity “supply” suggests that Origin’s numbers are in fact missing a number of components, thereby understating the amount of renewable energy required to achieve 20%.

Firstly, there is a not insignificant amount of electricity used off the main grids, which Origin hasn’t included because it’s not liable under the legislation. But it most definitely is part of Australia’s electricity “supply”. This supply source is rapidly growing because of resource sector expansion, and also encompasses a significant amount of what is termed “self-generation” which is also exempt from a RET liability.

By the way you’ll notice in a number of submissions — from resources companies to the Climate Change Authority — that they’d like the rules around qualification for this self-generation loop-hole to be loosened. This would act to shift a greater proportion of the RET costs on others.

Secondly, the estimate of the size of the market used by Origin also excludes electricity generated that is lost in the transmission system, and also electricity used by the power stations themselves. This is actually a very large amount of our electricity supply.

If you check the estimates by the Australian government’s Bureau of Agricultural and Resource Economics (now the Bureau of Resource and Energy Economics), Australia’s total electricity generation in 2009-10 was 239TWh but our final electricity consumption was 209TWh. So 12.5% of our electricity supply was consumed by the electricity system itself.

The Bureau of Resource and Energy Economics has provided an all inclusive projection of Australia’s electricity supply out to 2034-5 which covers these missing components. It projects electricity generation to be 310TWh in 2020.

So would the RET give us 20% of supply under this projection? To assess we need to look at three items:

These numbers are detailed in the table below.

With the LRET it’s quite straightforward — 41,000TWh would equate to 13.2% market share under BREE’s projection of 310 TWh. With the baseline generators what has been regularly assumed is that they will generate 15TWh that won’t create RECs. However it’s not that simple, because the output of hydro generators varies quite a lot with rainfall. So some generators manage to exceed their baselines in a year and so create RECs that count towards the LRET, while others fall well below their baselines.

Overall generation is no larger, but the LRET has been cannibalised. Green Energy Markets closely follows hydro generation and it estimates an average of 13TWh of renewable generation that does not produce RECs. So that’s 4.2%.

With small scale your guess is as good as mine. The Climate Change Authority’s modelling estimates 11TWh, which equates to 3.6%. All up we’ve got renewables representing 21% of overall electricity supply.

Now it is entirely possible that electricity supply could be lower than what BREE estimated. Indeed I would argue the government would be doing a poor job in executing energy efficiency policy if electricity generation was this high.

But according to the International Energy Agency, if Australia were to play its part in keep temperature rise below 2 degrees (a goal both the government and opposition have accepted), we shouldn’t be building any new fossil-fuel power plants anyway. This is because it would just need to be shut down prematurely not that far into the future.

In this light, and considering the huge amount of regulatory uncertainty around the carbon price, if all new build is renewables it should help avoid a bad hangover of redundant power plants in 15 to 20 years time. So does it really matter if the RET delivers 20% or 25%, as we need this renewable energy anyway to meet climate goals.

In the end the only reason it matters is if you want to persuade politicians that it’s OK to break a legislative commitment without appearing to have broken a promise.

I reckon the will of the community, as expressed by the law, was to remove CO2 producing (also expressed as non-renewable) electricity assets from the community’s grid, or the source of power we use. Management in this country has not caught up to the idea that public service as a company, or public good does not have to conflict with the company’s good when the business model is challenged.

Why is the assumption made that it is coal interests that are the big opponents of honest climate science? Most of Australia’s coal is exported and the sufferers from the increased cost of electricity in Australia will only be peripherally coal-fired generators and distributors but mostly their customers, us. True there may be bit less coal supplied for electricity generation in Australia but is it not reasonable to suppose that people who mine and burn coal in this scientific age actually know a lot of relevant stuff that that might even ground honest views about the sense of politicians’ and activists’ policies?

When someone who writes for the Climate Spectator favours us with his/her analytical piece might one not ask a question seeking a truly expert answer. The question: given that there are past records showing temperature rising before the CO2 level in the atmosphere rose and that the temperature rise after the Little Ice Age (last freezing over of the Thames was 1804) long before the big rise in fossil fuel emissions began might it not be the case that it was a periodic happening in the oceans, which contain hundreds of times as much CO2 as the atmosphere, which set off the warming of the oceans and the consequent emission of CO2 in tropical waters? If that is part of a natural cycle over many hundreds and thousands of years would it not be folly to spend a lot of money on renewables?

Warren Joffe @4 : I strongly suggest you have a good read at http://www.skepticalscience.com. I think your views will be challenged by peer-reviewed REAl science, not propaganda.