The much-maligned carbon tax has staged a solid rehabilitation in Essential Research polling. In fact, it's now more popular than Tony Abbott. 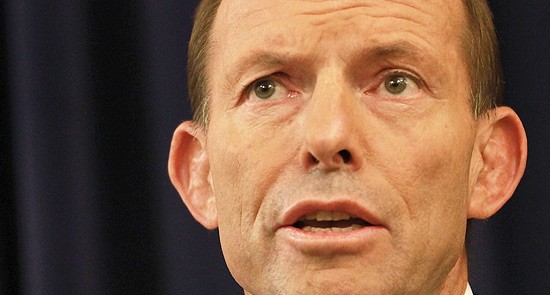 The bete noire of Australian politics — the carbon tax — has come in from the cold.

The carbon tax is now significantly more popular than its chief detractor, Opposition Leader Tony Abbott. Support for Abbott is at -31% (voter satisfaction compared to dissatisfaction, in today’s Newspoll published in The Australian).

The rehabilitation of the carbon tax has mostly occurred since it began on July 1, although Essential found when people were directly asked they were fairly evenly split on how the tax had affected them. A quarter of those polled said the impact on their household was worse than expected, and a quarter said the impact was not as bad as expected. The most common response (36%) was that the impact was about the same as expected.

Those results don’t indicate people were delighted with the impact of the carbon tax. But nor did most people receive a rude shock when the tax kicked in — for most, the tax had about the impact they were expecting, or less.

Coalition voters were much more hostile to the tax’s impact, with 39% saying the impact was worse than expected. That compared with 12% of Labor voters, and 14% of Green voters.

But while voters are slowly thawing to the carbon price, they’re not sure it’s here to stay. Forty-four per cent of those polled said they thought the Coalition would probably repeal the tax if elected, compared to 32% who thought the Coalition would probably not repeal it. Abbott has vowed “in blood” to repeal the tax, although there are some doubts as to how he could get this through the Senate.

Just 18% of respondents thought the Coalition would repeal the national broadband network if elected, while more than half thought they probably wouldn’t. The Coalition has criticised the NBN and proposed replacing it with a less costly mix of technologies. Those polled have taken a shine to the NBN, with 69% in favour and 20% against.

Essential found voter sentiment on who should run the country unchanged, at 53-47% two-party preferred to the Coalition.

Essential: whatever PM’s problems are, they’re not about policy

Essential: and the winner is … Joe Hockey

“The PM has questions to answer” but cannot even state the questions.

I suspect the opposition ( both the official one led by Abbott & the unofficial led by News Ltd)are simply raising the issue as asmoke screen for Abbotts faltering leadership ( by the way I was reading a Aug 2010 Womens Day and that had a huge artiucle on Abbott’s problem with women so its not someting the PM has just raised but an on going problem that actually exists. I mean if ACP can’t get you off then nobady can)

A tactic just like Abbotts sudden concern with union corruption when he is blind to commercial corruption.

If I was the PM I would.
1) State that rather than indulging in mud slinging I was getting on with policy and operhaps the alternative Pm shouild try the same
2) Ask Abbott why he so concerned about union corruption but turning a blind eye to several recent corporate events of mal feasance that cost many many millions. Should he concentrate on the real issue instead of looking to union bash?

Agree Pav, except the PM should also call their bluff, come out swinging with “put up or shut up” and proceed to sue Abbott and Bishop on any defamatory allegation re: corruption. Imagine if they Abbott and Bishop tried that stunt with Keating – he’d turn around and say, “I’ll do both of you slowly”. Abbott and Bishop won’t though because they know they don’t have sh$t to go with and are justifiably scared of being sued. Squalid, just squalid.

Congratulations to Mr Rabbott for achieving something no Oz politician ever has ie: being less popular than a tax.

And Abbott and Bishop aren’t going to be able to get anywhere with Ralph Blewitt as he has been neutralised on (1) Wilson’s corroboration of Gillard and (2) Blewitt is seeking to come back to Australia on the basis of obtaining immunity from prosecution. Anything he says won’t be worth a tinker’s cuss.

dear God .. its a PRICE not a tax on Carbon, Crikey I pay you good money because you are not murdoch … stop saying tax its a PRICE