The constraints and marvels of botanical art

"Capturing Flora: 300 years of Australian botanical art," at Ballarat Gallery is a superb and enormous show. Until Sunday 2 December 2012.

Do you think, I asked the group at coffee after yoga, that going to the botanical illustration show at Ballarat Gallery (no permalink) is like visiting the National Portrait Gallery in Canberra?

What do you mean? asked W sensibly.

Well, I said, a botanical illustration of a flower attempts to be an accurate generic depiction, with analytical details — and a portrait is an attempt at depicting an individual in a typical state, with a psychological evocation.

That’s fully flip, and of course being human, the human picture must be more important. But there is a thing in that thought — the thing of genre conventions, or boundaries — what marks an activity or subject from others, however porous those edges may sometimes be. (Is it art?, Is he a bit Jewish, a bit Asian?)

In the sumptuous catalogue, the Gallery’s director, Gordon Morrison writes: “While it is breathtakingly beautiful, botanical art exists fundamentally for the purpose of helping both scientists and lay people to describe and identify plants.” So there are the constraints. But, he allows:

“It would be feasible and indeed reasonable for a visitor to view the works in this exhibition casually, taking time over those works which might appeal from an aesthetic perspective or looking out for plants which are familiar or exotic and unusual.”

And then, a tiny touch of reproof: “However such an approach would ignore an important aspect of this body of work, analogous to participating in a Japanese tea ceremony without discovering anything about the principles of Zen Buddhism.”

Above: Doryanthes excelsa, the Gymea Lily 1806-13, by Fedinand Bauer. An Austrian botanical artist, Bauer shipped around the Australian coastline with Matthew Flinders. Click to enlarge.

So I wandered around metaphorically sipping the tea and its heady aroma, oblivious to the spiritual nourishment. Dullard. I had come with Constant Gardener and our friend, A, an ardent gardener with a scientific bent: she can reel off Latin names like song titles.

With the advent of genetic science and advances in photography, botanical illustration no longer has the same command over the field of identification, which makes all this work seem even more marvellous to the Zenless visitor. Most of the many, many works on display are knockout impressive, and some of them are astounding in their microscopic attention to detail and their finesse of execution.

Above: The Gymea lily again, in expressive contrast to the Bauer drawing. This strange beauty is the work of J.W. Lewin, The Gigantic Lyllie of New South Wales 1810. The catalogue notes “whilst the work of his contemporaries was destined for European publications aimed at naturalists and botanists, Lewin’s work was for the burgeoning colonial market.” Lifestyle art, 200 years ago! Click to enlarge.

Does it work for you? I asked Constant Gardener, who replied, It does. It’s art and science fusing into beauty. A, for her part, found the show dazzling, prompting continual exclamations of recognition, and also critical remarks on less successful renderings. (The ancient father-in-law was impressed but had early on chosen to rejoin the dogs.)

But here’s another thing. Unlike, say, a portrait of a person, there can be no expressionism in these pictures of plants. It’s a pencil/watercolour job — oil paint would be quite unsuitable because it lacks that precision, and tempts subjective brushwork. Expressionism may be beyond its ken, but the pictures of Tasmanian moss by Lauren Black approach surrealism (and, we note, on the cover of November’s Art Monthly). As do Anita Barley’s ultra-realism and Andrew Seward’s meticulous, large scale seaweed.

I loved looking at this stupendopus array — but in the end I can’t recall anything that seemed to transcend the fundamental reason for its existence, its utility. Still, that’s okay. Because I can see how a lovely tea cup designed for use in ceremony does a work of beauty that a purely aesthetic object could never do; there is a virtue and a lack. To quote the favourite dictum of the great Tasmanian and inspiration for Dame Edna, Marjorie Bligh: “A place for everything, and everything in its place.” (See her in a picture gallery: talk about remarkable specimens.)

The large, hardback catalogue is superb, worth the price. Lavish lavish lavish, illustration upon illustration, and well supported by several pertinent essays. The double page detail blowups are magnificent — but also remind you how reproduction simply does not have the je ne sais quoi of the actual work — what is it? Mmmaybe the frisson of materiality … the tiny scratch of graphite that your eye knows is lying half in and half above the paper surface; somehow a world’s difference from an offset printed image. So, you must go, and see the real thing.

The exhibition you don’t need a black skivvy for 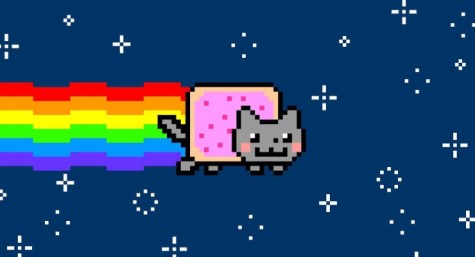 The problem of being exceptional