Hewlett Packard has written off some $US8.8 billion from its investment in UK software firm Autonomy. The list of suspects responsible is growing and alarming. 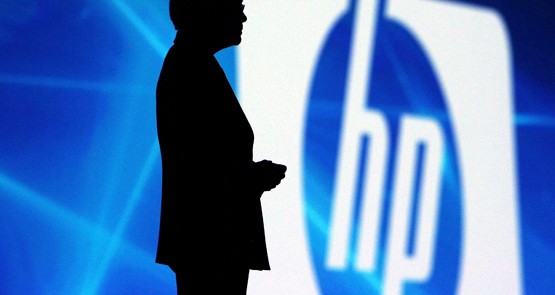 Normally a failed business deal in the US or Europe with no obvious links to Australia rates only the briefest of mentions. But the growing reaction to the $US8.8 billion write-off of the $US11.1 billion cost of UK software firm Autonomy by tech giant Hewlett Packard in early 2011 tells us this is going to be one of those business disaster stories that will contain lessons for business, shareholders and advisers the world over.

It recalls the worst of the tech wreck scandals from a decade ago and confirms no matter how much you tighten regulations there will still be dud deals, poor regulation, weak management and oversight, and inadequate auditing. In short, you can’t legislate away duds. This is a message as applicable in Australia as it is in the US and UK.

Some of the claimed accounting irregularities were supposedly ended with tougher rules imposed after the tech bust (in the Sarbanes–Oxley Act changes). If HP is to be believed, Autonomy’s accounting problems include the wrongful booking of revenue before funds are received, disguising discounts as “marketing costs or fees”, and selling low-margin hardware as higher-margin software.

It again confirms that when it comes to managing capital, businesses everywhere (not just in Australia) can be pretty miserable. And it underlines continuing evidence that a majority of mergers and acquisitions fail to add value, despite what spruikers might argue.

The story will see the value of audit firms questioned (remember that mega-firm Arthur Andersen collapsed over some of its work during the tech boom) and the work of advisers, such as law firms and bankers. Are advisers merely the ones left holding the bag if a deal falls over, a sort of insurance policy in legal actions?

It’s going to be a feeding frenzy for aggressive lawyers, regulators, speculating shareholders and others, and for executives and board members of HP and Autonomy. Insurance companies (through their insuring of board members and the activities of some of these companies) could face big payments.

HP has a reputation for weak management and deal making. It paid around $US1.2 billion for the company that made Palm products (PDAs, etc) to get hold of the software only to quietly drop the technology and shuffle Palm off centre stage in its offerings. Last decade, it acquired Compaq to give it scale and dominance in personal computers and laptops — it worked for a while but the explosion of smartphones, tablets and mobile cloud-based computing has driven a stake through the heart of this business. HP also has a reputation of being run by dud CEOs; Leo Apotheker did the Autonomy deal and was forced out within months.

Already some analysts are pointing to the similarities in claims about Autonomy to the huge failures of Enron and Worldcom which ended the tech boom 10-12 years ago, saw people go to jail and corporate regulations overhauled. The significance of the story was quickly grasped by the Financial Times in London which pointed out in an editorial:

“The majority of mergers and acquisitions fail to add value. Valuing software companies is an art, not a science, and buying growth is a chancy business. HP may have been reckless but at least Mr Apotheker — if not his fellow directors — has paid the price.

“More worrying is the fact that Autonomy was not a start-up but a longstanding member of the FTSE 100 index. The sort of scrutiny it faced ought to have precluded the irregularities of which it is now accused. If these checks failed, that is the real scandal.”

HP acquired Autonomy last year around 18 months ago to get control of its supposedly unique software, which helped companies mine their data storage for trends to customer behaviour. Autonomy founder Mike Lynch (who made $US800 million from the HP purchase) denies claims of accounting problems.

Perhaps the juiciest part of the story is the collection of businesses great and good (and greedy?) as advisers. HP chief executive Meg Whitman, who was a director at the company at the time of the deal, said the board had relied on accounting firm Deloitte for vetting Autonomy’s financials and that KPMG was subsequently hired to audit Deloitte, which has released a statement strongly defending its work. Also advising HP were boutique investment bank Perella Weinberg Partners, the lead adviser, along with Barclays. Reuters figures show the banking advisers on both sides of the deal were paid $68.8 million.

HP’s legal advisers included Gibson, Dunn & Crutcher; Freshfields Bruckhaus Deringer; Drinker Biddle & Reath; and Skadden, Arps, Slate, Meagher & Flom, which advised the company’s board (deep pockets there from some of the top law firms in the UK and US). Autonomy’s lead adviser was Frank Quattrone’s Qatalyst Partners, which specialises in tech deals and which picked up $11.6 million. This company sold the weak Palm business to HP.

And a cast of banking bluebloods were also involved as advisors to Autonomy: UBS, Goldman Sachs, Citigroup, JPMorgan Chase and Bank of America. Reuters says they were each paid $US5.4 million. Autonomy’s legal advisers were top draw London firm Slaughter & May, plus Morgan Lewis. Very deep pockets there. Every one of these advisers will deny they were at fault, and will further claim they relied on someone else. It makes you wonder why these firms took the millions they were paid in exchange for adding their names to this deal.

None of this comes as a surprise. Australian hedge funder and blogger John Hempton said this week he had always been suspicious of Autonomy’s accounting:

“The accounts were self-evidently suspect. Working that out is primarily the job of a finance and accounting function at Hewlett Packard — and that function was led by and continues to be led by Catherine Lesjack. (HP’s Chief Financial Officer) Catherine Lesjack is ultimately responsible for the financial parts of HPs due diligence on Autonomy and she failed. This really is not rocket science. Lesjack is not up to the job. She should resign.”

And legendary New York hedge funder John Chanos was positively voluble. “This whole thing is a debacle and probably should have never happened,” the founder of Kynikos Associates said, declaring HP showed “willful blindness” in ignoring the warning signs. It’s hard to disagree.