Why it has to be Hillary (but it shouldn’t be)

The prospect of Hillary Clinton running for US president in 2016 is delicious to many Democrats. Which isn't to say it's the best idea for a post-Barack Obama era. No more than a fortnight since Barack Obama was re-elected, another two months until his second inauguration, and then four years during which the world will change immeasurably — and so the talk in America turns inevitably to one thing: who will be in the running for party nominations in 2016?

Yes, believe it or not, discussion has already begun as to the next presidential campaign. Shortlists are being compiled, and the long-suffering burghers and yeofolk of Iowa are already being polled on their preferences. Part of this is pure ritual of course, and a degree of mania. The campaign is so utterly consuming for so many months that even when it’s over, people simply can’t stop. The winners know they will have to turn to the business of government eventually, and the losers have, well, nothing to do — the campaigns dissolve and there is no official opposition at the presidential level. And Republicans simply went nuts, the loss prompting them to a new “find a Hispanic” strategy — Marco Rubio! Ted Cruz! Chico Marx! — like a cleaned-out gambler planning a new strategy for when he gets his pants back. Imagine if a brown guy was selling a policy that treated brown guys as little more than criminals! That’ll fix it!

That’s par for the course for the losers. It’s the mania that forestalls an advancing depression. But this year the Democrats are engaging in it too, out of sheer triumph. Barring a real disaster in the next four years, the Democrats have a far greater chance of retaining power than the GOP have of taking it. Though many of the state margins were narrow, to lock the Right out of all but a couple of swing states is a huge psychological edge. With continued demographic changes in the south and west, swing states can be made safe Democratic holds and other states — Arizona, Georgia and ultimately Texas — can be brought into play. The Democrats dream of another assured eight years from ’16 onwards, and there’s no reason they couldn’t get it.

In that respect one candidacy becomes overwhelming — Hillary.

The prospect of a second-coming of the Clinton family, ushered in by the first woman president, has many Democrats salivating in the aisles. Hillary — the first-name designation has gone from being a clarifying necessity to that denoting legend — would sweep away many of the problems associated with a term-limited president, whose veep will be a little old to be the candidate presumptive. Hillary would bring an immediate authority and claim to the nomination: she banks the expertise of her secretary of state tenure, she would obviously nail the female vote, make inroads in the south and get some of the “good[sic] ol boys” back, those who wouldn’t vote for a Kenyan. She’d have Bill campaigning for her, acting as a force multiplier, and Barack and Michelle rounding up the black vote, to prevent any fall away from its current levels — 96% of 12% of the population — to backstop it.

Though she would not lack for challengers, the Democrat process would hold it within rationale limits. The GOP version will once again be a circus entirely populated by clowns and knife-throwers.

Moreover, if they did select a Hispanic candidate — still a long shot — any gains would be small, since their policies would remain resolutely anti-poor. And whatever gain they made via identity politics would be offset, were Hillary running, by a white flight to the Democrats. Nasty way to gain a vote, but nothing otiose would need to be done to gain it. Simply by being white in such circumstances, a Democrat candidate could be competitive in West Virginia, Georgia and other places that were once Democratic strongholds.

“There is something dispiriting about the idea that the first woman president would be part of a holy family; that marriage, the traditional institution par excellence, would be the means by which such change was achieved.”

There is also a sense that Hillary deserves it. Had Obama stayed a senator (“turns out being Barack Obama is a pretty good gig” he said after gaining that office, with the big house, the best-selling book, the professorship, Michelle, daughters, etc) she would have been selected by acclaim, won easily, and been a more skilled, if less adventurous, progressive president. That people, above and beyond making a selection on policy, had to make a choice between the first woman president and the first black president was heartbreaking to many. Some feel, not unreasonably, that patriarchy proved to be a more deep-seated attitude than racism — by such logic “of course” a black man should be selected over a woman, in terms of elevating the more oppressed group.

Many people feel a lingering guilt over that, and it survived even Hillary’s 2008 primary campaign, which bordered on dog-whistling if not outright racism on several occasions in the south.

Nevertheless, the prospect of a Clinton presidency stirs up some deeply conflicted emotions. On the one hand, there’s no doubt the Clintons were a team, and that Hillary was the more insistent reforming campaigner than good ol’ Bill. She was a leading children’s rights advocate and theorist in her own right as a lawyer, a graduate of the Saul Alinsky movement (when Alinsky himself was still alive) and someone who was simply there a decade too early for a presidential ambition to be feasible, or even conceivable. Her poll position, as an ex-first lady, which put subsequent positions within grasp, merely compensates for the limits she faced in an earlier era. So not everyone gets that second chance but at least she does, so the argument goes.

Fair enough. And yet, and yet … There is something dispiriting about the idea that the first woman president would be part of a holy family; that marriage, the traditional institution par excellence, would be the means by which such change was achieved. It was worse during the ’08 campaign, because a Hillary presidency would have meant the highest office in the land had been exchanged between two powerful families for an entire generation from 1992 onwards — by 2016, no one under 45 would have had much memory of being ruled by either a Bush or a Clinton. Obama will have acted as a circuit-breaker this time round, but that makes it worse, stretching out the dynastic politics to 2024, dominating 40 years of history.

Hillary will also suffer from a double ageism. Firstly, the harsher judgement and different archetypal meanings applied to a senior woman than to a senior man — attitudes far deeper seated than can be removed by a simple act of thought, or an “-ist” word — and also the fact Obama’s reign may have permanently lowered the age that seems presidential. To go back to 60-something guys and gals now will seem absurd. Future candidates will most likely hover round the age of 48-50. Those are both something of a raw deal for Hillary, but I don’t make the rules, Jesus does.

Finally, there’s also the possibility that, whether she wants it or not, she may not try for it, on the grounds that a second loss would render her a tragic-farcical figure, rather than a heroic or admirable one, cf. Romney, Mitt. A failed campaign is a body-blow; a second one you never really recover from. Such disasters work backwards through time, trashing achievements and memory. It is a huge risk to take with the 20 years you might still have left to live after it.

Personally, I’d like to see a woman president in 2016. It’s obviously well past time. But on the Democratic side, t’would be better new blood (relatively speaking), not blue blood — someone like ex-Michigan governor Jennifer Granholm, or Washington governor Christine Gregoire, or New York senator Kirsten Gillibrand. Of course if women were nominated on both sides then that would settle it, and if they were non-white …

What’s remarkable is how unremarkable such thoughts now are. Which leads to the paradoxical question: has the election of the least traditional president in history — a half-Kenyan, half-Kansan, Indonesian raised ex-postmodernist community organiser — made such a change not a likelihood but a virtual and imminent certainty? 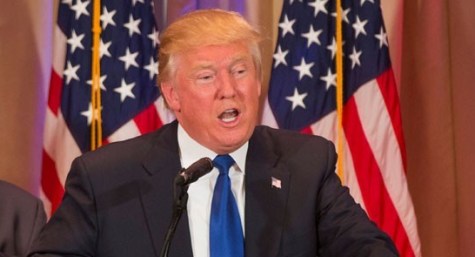 Rundle: Trump might be a losing winner, and Clinton sweeps the south 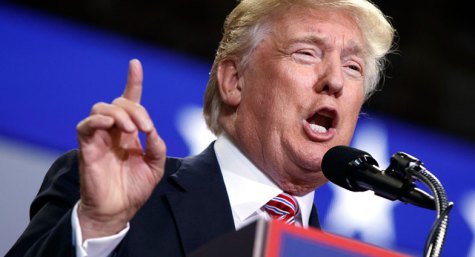 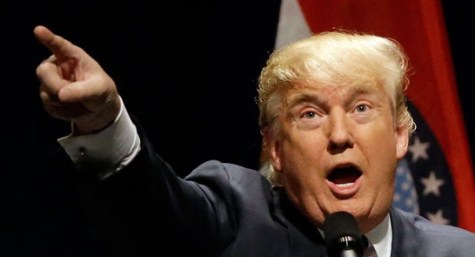 Rundle: convention tricks are all that can save the Republicans from Trump

“rationale limits”? Did you mean rational?

Um…Jennifer Granholm was born Canadian (Vancouver)…I think that rules her out.

I still think it would be profligate for the Democrats to overlook such a well recognised talent as Hilary.

dang ok, scratch granholm. pity, there’s also this, from a brief time when she was a struggling actress in LA