Around Australia there are many people outside the preventive health sector who are working hard to combat the impact of too much booze, write health researchers Michael Thorn and Sandra Jones. 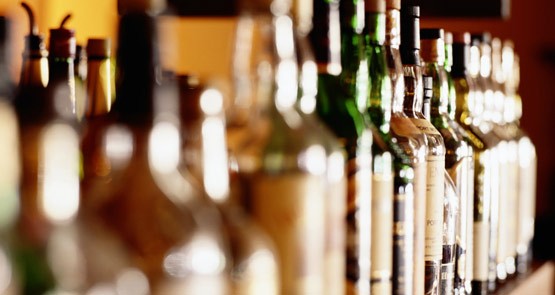 Bernard Keane’s skewed rant claims there is a public health conspiracy afoot. It is no conspiracy — the facts are clear.

Worldwide there are 60 million deaths annually attributable to non-communicable diseases. The four top risk factors are alcohol, tobacco, unhealthy diet and physical inactivity. Alcohol ranks third among these risk factors and is responsible for 2.5 million of these deaths.

Around Australia there are many people outside the preventive health sector, in our cities, rural communities and in remote Australia, who are working hard to combat the appalling impact of too much booze. Your correspondent’s opinion is reminiscent of The Times thundering in 1851 “We are willing to take our chances of cholera and the rest than be bullied into health by Mr Snow”, as efforts mounted to clean up London’s water. For a point-by-point response …

Basic rights: There is no public health campaign against human rights. Just a simple evidence-based case that illustrates alcohol causes harm to drinkers and to others. This is in the fine tradition of public health interventions that over the past 150 years have been the key driver of increased life expectancy in Australia. That’s a human right.

Alcohol in schools: Increasingly schools are removing alcohol from school-based events because they acknowledge that the normalisation of alcohol influences the drinking behaviours of young people.

Legal drinking limit: The AMA has not said this, the media has; what the AMA has said is that we should be conscious of the evidence that alcohol harmfully affects the developing brain. It is also worth noting that more than half of adult Australians support raising the legal drinking age.

Online wine: Keane explicitly accuses Professor Jones of “declaring (without evidence)” — this is incorrect, which he would have discovered if he had checked with her. The evidence shows that young people are the highest social network users; in 2011 40.2% of US Groupon users were aged 18-34 (there is no data on under 18s); and studies consistently show that lower socioeconomic groups and people with limited disposable income (young people, indigenous groups and heavy drinkers) are more responsive to price.

Alcohol taxation benefit cost analysis: The research is clear that alcohol taxation reform is justified. 85% of Australians will be better off as a consequence. Access Economics’ analysis has been repudiated and the $20 billion a year cost estimate of alcohol’s “harm to others” confirmed.

Calculated hedonism: There are too many examples of workplace booze cultures being responsible for tragic events that have ended lives and careers. Alcohol’s drag on productivity is only just beginning to be understood and if employers are not concerned about the social harms then they should be concerned about the impact on their bottom line.

Alcohol consumption levels: Australia ranks about the same as many European countries in its annual consumption of alcohol. Average drinking levels for all adults are above the NHMRC recommended standard for minimising the risk of long-term harm. And this figure includes the 20% of people who don’t drink.

Schoolies: Bingeing by young people is a modern phenomenon that it results in a range of predictable harms. Most Australians worry about this drinking behaviour.

Drinking by minors: Overwhelmingly underaged drinkers obtain their alcohol from people who are providing it to them illegally. The law should not be ignored or called into disrepute.

Youth culture: Yes, the focus should not only be on young people’s drinking. Rapidly changing patterns of drinking, including the middle class’s new obsession with wine, women’s drinking, and increasing levels of alcohol-related harm among older Australians all warrant broader responses than merely blaming kids.

The internet: Public health organisations both worry and delight in the internet. It is a powerful medium for good but there are also risks. There is much better evidence than the cited 2008 report, which shows how quickly the market adapts to exploit new technology.

Digital media: ANPHA is not alone in being concerned about the alcohol industry’s pervasive and largely unregulated online marketing and advertising. In the USA, the Federal Trade Commission is currently obtaining information on the internet and digital marketing efforts of 14 major alcoholic beverage producers.

More on digital media: Houston, “do we have an alcohol problem”? Three quarters of Australians seem to think so and the online world is fermenting this concern.

Doctors: Australian GPs are already encouraged to ask about their patients’ drinking habits — it’s good medical practice. And it is not infantile. 50% of women report consuming alcohol at the time of conception and more than 20% continue to do so after having their pregnancy confirmed. Explaining the consumption of alcohol during pregnancy can cause lifelong disability to the unborn child is valid.

Licensing: Well, for some breaking news: alcohol is already regulated by licensing and been for a very long time.

Hogarth’s England: Hogarth’s famous etchings depicted the very real crisis in pre-industrial Britain brought about by cheap gin and where workers were paid with alcohol. It marked the beginning of the industrialisation of alcohol.

Poverty and idleness: You don’t have to venture too far to witness the harm alcohol can cause in poor communities. Children are neglected, domestic violence prospers and families are torn apart.

Rational thinking: This is not a moral case. There are social, health and economic arguments that fully justify acting to reduce the more than $10 billion a year cost to government. These are tangible alcohol-related police, justice and health care costs that far exceed the $6 billion of alcohol tax collected each year.

Di Natale: we’re not wowsers for responding to booze abuse

Sorry, I hear what your saying but I’m with Bernard here.

Go, Michael and Sandra!! You’ve got my support. (And btw as a fatty-boom-bah who really would like to lose weight but finds it incredibly difficult, it would also be nice to see some money going into obesity surgery in public hospitals, rather than paying for the inevitable cost of diabetes later.)

Well said. Have to say I didn’t think much of Beakie’s article and I’m far from a teetotaller so should have been on his side.

“Bingeing by young people is a modern phenomenon”? So modern that kids were doing it when I was at school in the 70s.

“Rapidly changing patterns of drinking, including the middle class’s new obsession with wine…” The horror.

Lots of good points – and I agree with the role of public health in determining good policy – but if you’re going to speak in terms of ‘rights’, it’s good to know what right you’re seeking to promote and how that right interacts with others.

Article 12 of the International Covenant on Economic, Social and Cultural Rights states[1]:

“The States Parties to the present Covenant recognize the right of everyone to the enjoyment of the highest attainable standard of physical and mental health.”

So sure, that supports public health initiatives . But, as this treaty (and its sister Agreement, the ICCPR[2]) states:

“Nothing in the present Covenant may be interpreted as implying for any State, group or person any right to engage in any activity or to perform any act aimed at the destruction of any of the rights or freedoms recognized herein, or at their limitation to a greater extent than is provided for in the present Covenant.” (Art. 5)

and “the State may subject such rights only to such limitations as are determined by law only in so far as this may be compatible with the nature of these rights and solely for the purpose of promoting the general welfare in a democratic society.” (Art. 4)

So you have to be careful that, in promoting the right to health you don’t destroy other rights: e.g. self-determination; autonomy; privacy and non-discrimination (when it comes to, for example, raising the drinking age).

I could of course also use examples of majorities supporting all kinds of discriminatory laws in the past (women voting, slavery, age of voting etc…).
But I think it’s better to quote from the AIHW report you link to, namely:

Finally, the business of selling alcohol is licenced. Not it’s possession. Just like I’d need a health and safety certificate to run a Café but not one to buy a coffee there.