American electoral behaviour is becoming more predictable and more polarised. The final tallies for voting in the US election show Barack Obama didn't win by all that much.

A week after the big day, and results from the US presidential election continue to trickle in. Not only is there no standardised national administration of the election, as was made obvious in several states last week, there is also no centralised official tabulation of results. The clerk of the House of Representatives ultimately compiles one (read the 2008 version), but until then the various media outlets have to aggregate the various state statistics for themselves (I’ve been using the tally at The Green Papers).

It’s particularly frustrating for Australians, because American sources report only raw percentages of the total vote, making the figures liable to odd variations depending on whether there was a strong third party or independent candidate somewhere. Since there is no preferential voting, those extra votes make no contribution to the result (conceptually they are the same as voters who stay at home), so it makes more sense to factor them out and produce a two-party vote.

So what happened? Crikey compiled the results and dug in. As we all know, Barack Obama won the popular vote: in two-party terms he finished with 51.4% (that figure has been gradually edging upwards with late counting, and may still pick up another couple of tenths of a percentage point). Compared to 2008, that represents a swing of 2.3% to the Republicans.

Looking at the pre-election pendulum, it should have yielded Mitt Romney a gain of three states. But although he picked up Indiana and North Carolina, Florida obstinately stayed Democrat, swinging only 1.0%. Romney managed only 24 states and 206 seats in the electoral college, to Obama’s 332 — that’s a majority of 126.

The median state remains Colorado, with its nine electoral college seats. To win it (and therefore the presidency, assuming a uniform swing) next time, the Republicans will need a swing of 2.4% — a full 1% more than what they need to win the popular vote. Yet despite this imbalance, it still seems to be mostly just Democrats who ever suggest getting rid of the electoral college.

It was a very uniform swing; 70% of the states swung within 2% either way of the average figure. Five states swung to the Democrats, but all but one of them by less than 1% — the exception was Alaska (4.1%), presumably due to the loss of Sarah Palin’s personal vote. The biggest swing to the Republicans was 10% in Mormon-rich Utah, and five of the eight biggest were in the west, thus partially reversing the trend of recent years. (Montana, for example, which had looked a good prospect for the Democrats, swung 5.8% against them.)

If the Democrats make gains next time — which with an improving economy seems reasonably likely — marginal states are a bit thin on the ground. North Carolina (1.1%) is the only one needing a swing of less than 4%, but a 6% swing would also bring in, in order, Georgia, Missouri, Arizona, Indiana and South Carolina. A 6% swing to the Republicans, by contrast, would gain them 12 more states — although still leaving such former strongholds as Illinois and New Jersey out of reach.

It was not as close an election as the media tried to portray, but it was still very close. George Bush Jr set the benchmark in 2004 for narrow re-election, winning just 51.2% of the popular vote and a 34-seat majority in the electoral college (I provoked some controversy at the time for pointing this out). But Obama performed only a little better: even his electoral college margin, which looks impressive at first blush, is the fifth-smallest on record for a re-elected president.

American electoral behaviour is becoming more predictable and more polarised. In the 2004 article I just cited, I mentioned the fact that there were only 11 states held by margins of less than 3%; that number is now down to eight. Attention focuses more and more on a few swing states, making the electoral college system even more absurd.

The shape of that polarisation under the impact of a black president is also clear. The 14 states held by the Republicans with margins above 8% form a contiguous block across the middle of the country, from Idaho in the west to West Virginia in the east. Only two of them have an international border, only another two have a sea coast. By almost any measure they are the less dynamic and more backward-looking part of America.

The Republican Party’s task for the next four years is to try to break out of those confines and present itself again as the party of growth, diversity and optimism. But it won’t be easy. 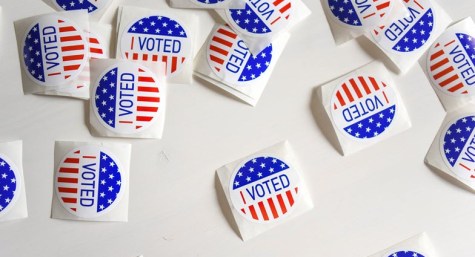 An election analyst’s guide to the US midterms

How could they all get it so wrong?

When you say Obama’s electoral college margin is the fifth-smallest on record for a re-elected president, how big is the sample?

For all their crowing their electoral “system” is rather piecemeal, if not primitive?

@Rob – 20 presidents have won re-election, but FDR did it three times, so the sample size is 22. The four narrower than Obama are Madison, Wilson, Truman and Bush Jr.

@Klewso – Yes, primitive is about right. It was state-of-the-art in the 1830s, but not much has been updated since.

pedants corner – dubya isn’t Bush jr, as he and his father’s middle names vary. jr only applies when father and son have identical names and are both still living.