ABC series sparks warnings about coal mining ... Ten shakeup, but is Walden really going? ... which Senator can piece the puzzle together ...

Coal mine concerns. We’ve received this tip from an ex-coal miner, who was prompted to contact us by the excellent ABC series on the asbestos industry, Devil’s Dust, airing last night and tonight. This is a serious and arguably under-reported issue, so we’re running the tip in full:

“It brought back memories of working in the NSW coalmines in the 1980s. Where I worked, the mine had both underground and open cut mines and received regular visits from the state government mines inspectors. We always knew when they were coming, the underground mine would cease production while they sprayed gypsum on the walls to give it the pretence of looking as if their dust suppression system was up to standard. That dust caused silicosis. The open cut would have a massive clean-up for the day, and unsafe practices were taboo while the inspectors were there. The day would begin with the light plane carrying the mine inspectors touching down at the mine’s own airstrip, the inspectors would be met by a delegation of management and unions and off to the office for morning tea, then a short drive around the open cut and perhaps a duck in to the underground, then the most important part of the day: the whole group lunch at a winery. Two or three hours later the inspectors would be poured back on to their plane and the mine could get back to normal.

“These days, of course, it is far, far different. Any mine inspectors are there in name only, there are no mine inspections in Queensland or NSW, because we have the joy of self regulation. So, no need to waste time with dust suppression or tidy up. So it is all good and mines’ safety accident rates are rapidly approaching those of the 1850s. The sleeper here though is the impact of coal dust out in the community, with extremely high rates of childhood asthma. In some towns, uncovered coal trains will pass through every half hour, 24-hours a day. There is a campaign being supported by the medical fraternity to force coal owners to cover the wagons but this is being strenuously opposed. Does any of this sound familiar? It is. In future years we may well look back and wonder exactly what were the net benefits of the 83% foreign-owned Australian coal mining industry.”

Turmoil at Ten. A rumour on 3AW radio this morning that Mal Walden, presenter on Melbourne’s Ten News at Five, was seen clearing out his desk at work last night appears to be false — someone else rang in to say Walden was just collecting mail. Walden’s co-host, Helen Kapalos, has been sensationally boned as part of Ten’s cost-cutting crusade. Will she be snapped up by Seven or Nine? It’s a busy time for Ten, with Breakfast (farewell Paul Henry) and Ten’s morning news bulletin getting axed today — they’ll cease production at the end of the month. A mole at Ten (one of the few staff members left) said Ten’s morning news was actually rating quite well — “seems they’re making a move to ditch all the local news and do a national broadcast out of Sydney. Mal [Walden] will do a 10-minute Melbourne update at the end”. Can this be correct? The network has insisted that local bulletins will be read by local presenters with local teams. Our mole also reckons that about seven of Ten’s Melbourne news crew took redundancies last week and “the entire Ten office is a ghost town”. Know more? Drop us an anonymous line.

Back in the day. Here’s another pic of a pollie from their younger days. Guess which well-known Senator this is. 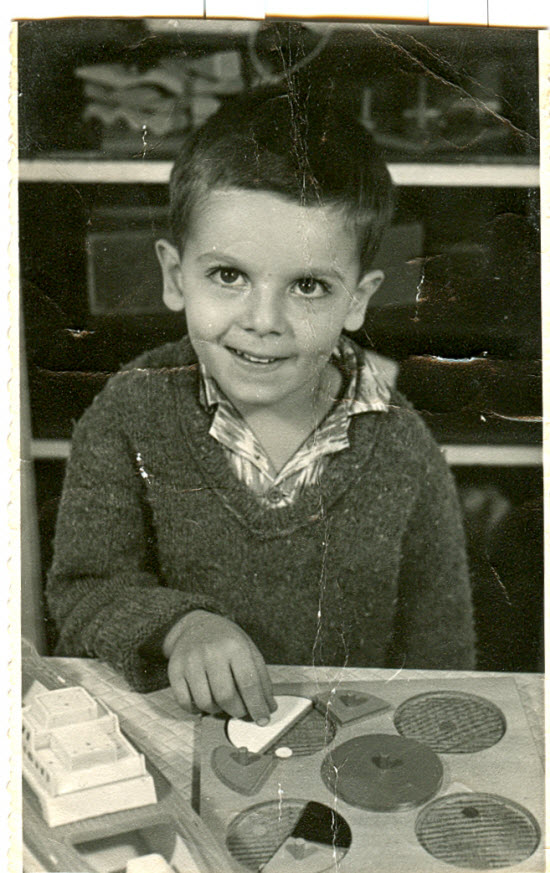 Lame gag alert: yes, he showed promise at balancing items and fitting the pieces together even then. This is Independent Senator Nick Xenophon, who displayed some skill when he jointly held the balance of power in the Senate last term. Tips is enjoying curating photos of politicians from their younger days — all submissions gratefully received. The best ones, we’ve found, are not sent in by the person in question, but by their “friends” or staffers. Keep them coming by emailing us here. Extra points for 80s perms and men in white jackets a la Miami Vice.

Coal is amazing — amazingly insignificant to our economy

Re “coal mine concerns” I don’t know which mine you worked at but I have been a coal miner in Queensland since 1974 and CFMEU District Union Inspector for almost 20 years in Queensland. During that time I have known most of the NSW District Check Inspectors who would have been doing the mine inspections back in the 1980s and I take insult to the part you “seem to recall” about mines Inspectors and the unions going winery and morning tea. A large number of those union Inspectors, who served proudly and at times defiantly against Managers and Government in protecting miners safety and health, have unfortunately passed away but it would be unjust not to defend how they conducted their inspections.
“would be met by a delegation of management and unions and off to the office for morning tea, then a short drive around the open cut and perhaps a duck in to the underground, then the most important part of the day: the whole group lunch at a winery”
Yes there was always a big push for everything to be made just right when an Inspector was visiting, even changing the airflow from panel to panel as they went into the different areas of the mine.
I also agree in the 70’s and early 80s the stone dusting was done in earnest just before an Inspector visited, but that dusting was so that the flammable levels of coal dust would not assist in propagating an explosion (making the explosion stronger force and travel further in the mine).
We always knew when they were coming, the underground mine would cease production while they sprayed gypsum on the walls to give it the pretence of looking as if their dust suppression system was up to standard. That dust caused silicosis.

The dust used to mitigate and explosion especially of the last 40 years been manufactured to a standard so as not to cause any health concerns. Silicosis is caused by breathing in silica dust which may be produced by cutting the coal seam if it contains silica. There have not been any new cases in the coal mining industry (NSW or QLD) for almost 50 years of silicosis or Coal workers’ pneumoconiosis, but with some of the current longwall practices that may not stay that way.
As far as current inspections of mines are concerned the CFMEU safety representatives conduct inspections and currently have the power to stop unsafe work practices ( this may change under the proposed “harmonisation “ of mining safety legislation).
While we as a union agree that the safety statistics have gone up over the last few years , they are nowhere near those of the past 50 years,.
The old saying the stronger the union the safer the mine still stands!