A twisted play on relationships from a writer of Law and Order TV episodes is an impressive -- and recognisable -- affair at Sydney's Ensemble Theatre.

Gina Gionnfriddo writes, apparently, for Law and Order. I’ll leave it to you to decide whether that’s a recommendation or an indictment, insofar as being predictive of her success or failure as playwright. But succeed she has with Becky Shaw, a play about relationships, rather than global issues, currently on stage at the Ensemble Theatre.

It’s directed by Anna Crawford, who has  cast flawlessly. Sandy Gore is Susan, a staunch woman of means not only subject to the deterioration of MS, but who’s about to lose those means. She’s frank, blunt, direct, exhibiting almost every characteristic at variance to the conventional for a woman of her vintage. Gore proves, unsurprisingly, an ideal actor for the role, utterly self-assured and commanding; making Susan a matriarch, if ever there was one. Catherine Moore is her daughter, Suzanna, who’s grown up with Max (Rupert Reid); the latter more-or-less informally adopted by Susan and her just deceased husband. Since they’re not actually brother and sister, Suzanna and Max, who’ve come together to discuss the proceeds of Suzanna’s father’s will, succumb to morbid curiosity and an undeniable simpatico and sleep together. Only once, but it changes everything; even if Max insisted it’d change nothing. A little further down the timeline, Suzanna meets toy-boy, Andrew (Matthew Zeremes), the kind of guy who you just know will call you “dood”. Andrew has a workmate, Becky (Anna Lise Phillips), who, in a fit of matchmaking, Suzanna and he fix up with Max, for a disastrous date, in which they’re help up at gunpoint and robbed.

Yes, it’s a breathless plot. And in this soapy scenario lies the trenchant underlying tongue-in-cheekiness of the writer. But even in her impish humour, Gionfriddo manages to make something of a study of relationships, albeit between rather exaggerated stereotypes. She employs her characters as surrogates, it seems, to throw out musings and speculations. For example, later in the play, when Suzanna is shocked by the possible homosexual infidelity of her doting father, her mother impatiently insists, “the trouble with your generation is you’re all obsessed with intimacy”, going on to argue that the former head-in-the-sand, mushroom status of marital partnerships was more realistic and workable. When uttered with the kind of authority Gore can muster, it suddenly sounds reasonable, even if it’s not.

Gionfriddo plays with us, throughout, in similar ways. To wit: Max is a through-and-trough, out-and-out, unmitigated narcissist (to the brink of psychopathy); undiplomatic, unempathic and brusque. Yet, he foists his advice on those around him in a manner which suggests irrefutable surety, so that, almost no matter what he says, one could be seduced into accepting it at face value.

All the actors perform superbly and are a tribute to themselves, their director and their craft. Accents are, to my ear, spot on, too. Zeremes’ Andrew is wan and ineffectual; sensitive (at least for the sake of sexual conquest), mild-mannered and politically correct, he’s almost the polar opposite of Reid’s Max, who has the kind of drive for financial success that makes Wall Street what it is. Or was. While Andrew is content to bum around as a half-hearted barista while he writes a book, Max sees him as a quintessential loser, a position exacerbated by jealousy occasioned by his continuing obsession with his pseudo-sister. Suzanna, meanwhile, is a spirited woman trying to do better; juggling base temptation against her higher instincts.

Perhaps the best of them all is Phillips, though, playing the fragile, damaged Becky, teetering between an attractive modesty and corrosive self-doubt that feeds, voraciously, on constant attention and approval. Appearances can be deceiving and Becky’s living proof: posing (and probably seeing herself) as sweet and vulnerable, she’s also a first-class manipulator.

Becky Shaw, it seems to me, is an exceedingly difficult play to get right, but Crawford has made it look deceptively easy, endowing us with the full monty of comedy, while allowing us to peer throughout the cracks, to see behind the masks and into the hearts and minds of the members and friends of a dysfunctional family. Since that’s practically every family, you’re bound to see faces, glimpses and glimmers you recognise. It’s a little like looking in a mirror. Really looking. Scary. But leavened with laughs.

And, for mine, one of the finest productions ever staged at the Ensemble. It’s given me a very healthy appetite to see this writer, this director and this ensemble again. And again.

The details: Becky Shaw plays the Ensemble Theatre until December 1. Tickets on the company website. 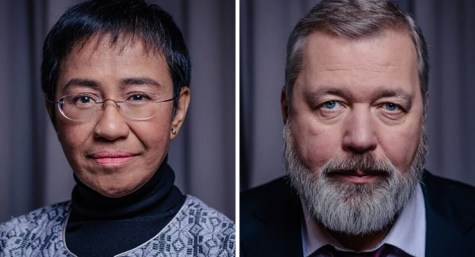 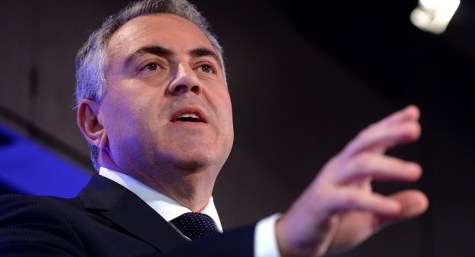 Crowding out: another neoliberal myth bites the dust