Sentia Media index: Greens are nowhere to be seen

Andrew Wilkie shot up the rankings in a week dominated by superstorm Sandy, the US presidential elections and an Australian horse race, writes Sentia Media's John Chalmers.

Overseas trips have served the Prime Minister’s short-term rating well this year, so Laos and Indonesia may provide more of the same. Yet media attention for Julia Gillard is well down on the fortnight prior, putting her closer to the levels maintained by Opposition Leader Tony Abbott.

Much of this is due to the US election and superstorm Sandy flooding the airwaves, followed by all eyes on the Melbourne Cup. (It’s certainly not been about the race most important to Australia’s future, with Xi Jinping expected to take over the leadership of China for the coming decade when his party meets this Thursday).

However, independent MP Andrew Wilkie featured prominently, conceding the federal government’s watered-down poker machine reforms are better than nothing; a deal with the Greens would see the government introduce legislation it’s held back for months, measures described as “piss-weak” by anti-pokies campaigner Nick Xenophon. Meanwhile, Agriculture Minister Joe Ludwig has responded to the Pakistan sheep slaughter, and the Greens again had a say, calling for a ban on live exports. Despite that, we note an increasing trend: not one Green to be seen in our top 20.

The Galaxy poll placing shadow communications minister Malcolm Turnbull as preferred opposition leader by 60% of voters, compared with 29% support for Abbott, helped Malcolm In The Middle back into our chart and further onto the radar of the ALP — who could probably think of little worse than the moderate running against them in the coming election. Talkback radio included much discussion of Turnbull’s popularity, with many callers describing him as a better leader than Abbott — which is somewhat unusual on this medium.

The total cost of the US elections is around $6 billion, obliterating the previous record by more than $700 million. Massive coverage for President Barack Obama was always a given. 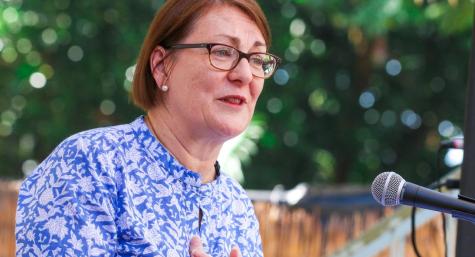 Isn’t that funny – the more she’s out of the country, the more “electors” like her?