Crikey says: our bravest in a war we hate

How big a part will voter fraud play in next week's presidential elections? What we learned about data retention in Parliament today. Should IVF egg donors be paid for giving the gift of life? Art in the Asian Century. And why you should give up ever winning a prized seat in the MCG members' stand. 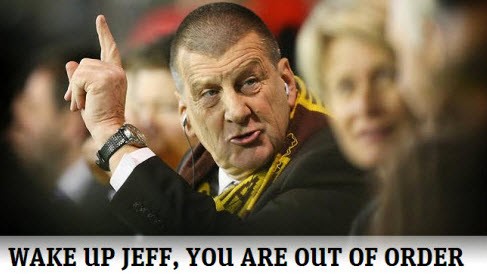 Don’t shoot us. Our newest Victoria Cross medallist Corporal Daniel Keighran is, we’re convinced, the bravest of the brave. More convinced than the modest Keighran is, among so many fighting such a dirty war in Afghanistan — including two other medal winners from the conflict. But as Jeff Kennett said on radio yesterday:

“It is the highest decoration that a soldier can be given, and we should always salute the fact that it represents an expression, a deed of such bravery that’s almost impossible to recount. We only awarded four Victoria Crosses for Vietnam, and we had literally thousands of soldiers there. Where you’ve only got 1500 troops on average each year in Afghanistan, I just hope we’re awarding them still for the highest level of bravery.”

On Kennett’s last point, we’re not questioning individual valour. Or even the worthiness of this or any other medal. But the history is interesting. Perhaps greater transparency of our military efforts means we identify more extraordinary acts of war. Perhaps our current crop of soldiers are a disproportionately brave bunch, in a very long war.

Or, perhaps, military brass are looking just a little bit harder for good news in a bad war? Leaders said yesterday Keighran’s decoration would provide troops on the ground with a morale boost. Hopes it might also sway the vast majority of Australians opposed to our continuing involvement in Afghanistan are less likely.

Actually, I see Mr. Kennett’s point in another way: how may who served in VN should have got the VC but didn’t? I don’t think anyone from Long Tan got the medal, for instance (although there are moves to give one to Warrant Officer Jack Kirby).

I choose to consider a tighter reference, which is that this fellow has earned the maximum respect of those best positioned to judge his behaviour.

There is no need to detract in any way from the award of a VC. None. The man is a hero. His achievements stand alone.

Attempts to degrade this award, no matter how well intentioned, are are misguided. Statistical comparisons with other wars are not only irrelevant, but are offensive.

It’s a bit tricky trying to draw a conclusion about the politics of a military conflict from the number of medals awarded in that conflict. It used to be commonly held that the greater the military disaster, the more medals (think Rorke’s Drift, Lucknow or Sudan). Since WWII though, the numbers have lessened significantly, maybe reflecting a reduced intensity of military battles compared to those in the world wars (a relative thing, I know, but a consideration nonetheless). I have heard that during Vietnam, Australia still operated under the British award system, which rationed number and type of awards (someone might confirm this). This might account for an apparently lower number of awards given to Vietnam soldiers compared to Afghanistan. In any event, I personally don’t believe that senior military commanders in the modern era would be dishing out the highest award available just to pump up morale, even if the more minor awards are increasingly doled out pretty liberally.

This editorial is lazy, and somewhat offensive, journalism from Crikey. Had you engaged in even a cursory check with anyone remotely connected to our Soldiers you would have realised we’re only hearing a fraction of the level of engagement that’s going on in Afghanistan, and that these VC’s are a reflection of that. Kennett IS out of order, and wake up Crikey so are you!

In Vietnam you had a high proportion of conscripts. In Afghanistan they’re all career army and hence I’d assume more motivated.