Google defames us all, but should we sue?

What is to "publish" in the digital age? Search engines are now targets as we wake up to the fact the law says we're publishing every time we go online. 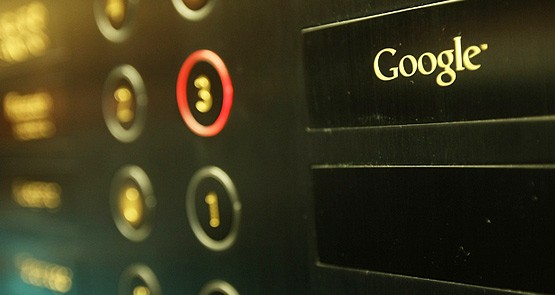 Google’s loss in a defamation case in the Supreme Court of Victoria yesterday highlights the problems of applying existing laws on “publication” to our new online wonderland. Maybe we need some new categories.

Milorad “Michael” Trkulja claimed a Google search on his name delivered, as first result, an entry including the words “Michael Trkulja – Melbourne Crime – Underworld – Ganglands”. Searches also delivered a URL linking to a page where his photo appeared next to images of gangland figures including Tony Mokbel, some of which were captioned “Melbourne Crime”. The page referenced the unsolved shooting of Trkulja in 2004.

Trkulja reckoned all this implied he too was connected to or even part of the criminal underworld. He told the court how he’d subsequently been shunned by members of his community. In a previous similar defamation case against Yahoo!, Trkulja was awarded $225,000 damages.

Yesterday the Supreme Court jury agreed that once again Trkulja had been defamed. Google’s defence of “innocent dissemination” in publishing Trkulja’s image could no longer be relied upon once his lawyers had contacted them. Google was therefore liable. However the company wasn’t liable for publishing the URL linking to defamatory material because Trkulja had failed to correctly fill in their complaint form.

Justice Beach’s full decision has yet to be released, but I see three key lessons here for anyone publishing material online — the first of which is that “publisher” now means every single one of us.

It will come as no surprise to journalists, radio and TV presenters and other media professionals that everything we do online that’s visible to anyone else is “publication” in the full legal sense of the word. That means it’s exposed to the potential for defamation suits, contempt of court and copyright violation.

But I reckon the average citizen doesn’t think of it that way.

Much of what happens online and is now visible to others through Facebook, Twitter and all the rest is conversation. It’s ephemeral speech that was never intended to be on the record and archived and searchable forever — yet now it is.

In conversations, we don’t fire up the justice system to resolve differences of opinion or errors of fact. We engage in dialogue. We clarify. We retract. We apologise. We move on. And we forget.

Jeez, that’s a bit much, Dave! Are you sure about that, Sarah? Didn’t Julie say she went to the footy the weekend before that? Oh yeah, sorry mate.

We certainly don’t dredge up conversations from years ago and demand that everyone’s memories be expunged — not unless we want to be seen as a just that little bit obsessed.

In the Trkulja case, for example, “Melbourne Crime” was a reference to the now-defunct website from which the photos were sources. I can understand a reader’s confusion, but surely clarification, correction and an evolution of the conversation is the way to go, not the Memory Hole.

Perhaps we need a new, third category of speech for things that aren’t quite private but aren’t quite meant to be “publication” either. Or a fourth one, to cover the unexpected random coincidences thrown up by the computers’ automated algorithms.

The other two lessons from this case? One, you’re responsible for your algorithms. You can’t hide behind the excuse that the robot did it. Given the increasing use of robots for everything from publishing to assassination, that’s probably a good thing.

Two, you need to respond promptly to complaints to avoid liability. Sadly that means we’ll probably end up with better mechanisms to kill off the much-beloved Google bomb, where web links are manipulated so the search engines give unexpected results.

Corporations will doubtless err on the side of caution and take down anything the least bit controversial. Individuals too, because they’ll be even more scared by lawyers’ letters. The online world will become more risk-averse, less spontaneous. And that’s sad.

We should recall that defamation applies to oral as well as written statements. Most oral statements are made to few and are remembered by fewer, thus lessening damage.

Surely, given that the court found fault with Google because they failed to act in relation to Mr Trkulja’s complaint, the issue isn’t one of over zealous people rushing to their lawyers but of major companies acting responsibly with what they put out into the public domain. Google had a chance to do what you suggest that the “average citizen” does but failed to do so.

Defamation law can be used to silence dissent online, but it has been used by the rich and powerful to silence others well before we were sizzling cat pictures around the world. The issue is the way defamation law works in Australia (and many other countries) as a tool of the rich, given that only they can use it with fear of being financially ruined. Sadly, a low cost defamation law is unlikely given politicians are one of the main beneficiaries of the current system.

As a political activist I have almost always used the internet to publish. I remember when reading Crikey years ago the term public trust journalist was used I liked it, in fat it inspired me. I am enjoying the fact that news papers are no longer the gatekeepers of what gets oxygen. While I spend thousands on paid announcements because I am no journalist I still get plenty of space with on line publications. While I understand the truth is not always a defense. I often bet my house on the idea politicians I name and on occasion identify as liars in print will not sue. with well over forty thousand words published and heaps of instructive photos. I have never forgotten. It only takes one. Edward James

I agree with Sean Doyle above. We need some sort of defamation law as a last resort but too often it seems to be used by those with deep pockets to silence or intimidate critics and opposition. The advent of the Internet has made things that much more complicated. When a defamation occurs, emphasis should be on correction and apology, not money except for provable financial damage resulting from malice or negligence.

Your analogy is correct but it fails at the end: while most people do “..engage in dialogue. We clarify. We retract. We apologise. We move on. And we forget.”..
we do not wrap up that conversation with the good, the bad or defamatory bits and publish it in a book..or as Google does, in their search engine.

Therein lies the libel and the court has no other choice if is to abide by the laws on libel, notwithstanding that Google is very powerful and declares innocence.

Some people think this is all too hard and Google should not be imposed upon like this but if you research a bit further you will find Yahoo, after caving in on the same case (you refer to it) respond to letters and requests to remove defamation’s and are very active about it.

If they can do it, so can Google.