RN staff fight back: take management to task, not us

All is not well within ABC Radio National, where staffers are at loggerheads over cost cutting. In response to a letter published by Crikey, a group of unhappy program makers give their take. 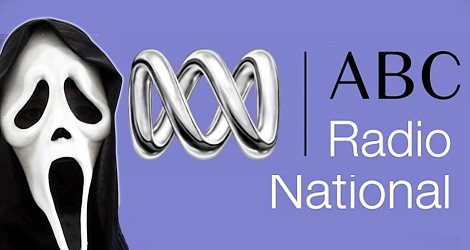 We write as a group of 26 Radio National program makers concerned about the inaccuracies, blatant untruths and misdirected anger from an “anonymous” staff member published in Crikey on Monday. Is “anonymous” really misinformed, or someone with a very specific agenda?

They write of employment practices they consider unfair, workplace stress due to “increased workloads as already time-poor producers struggle to maintain high standards”, lack of opportunity for career progression regardless of excellent performance, new programs introduced without adequate resourcing and financial stress due to casualisation. And of features and drama producers being put through a redundancy and restructure process aimed at saving money: “It’s finally their turn to share some of the pain. But of course, they can’t take it gracefully.”

Oh dear. We empathise with the crushing stress this person is clearly feeling, but would it not be more appropriate for them to direct their rage at ABC management for their actions in systematically creating such conditions for workers, rather than lashing out at a small group of fellow staff members and the Community and Public Sector Union, the union established to protect their rights? Wouldn’t it be more effective to hold management to their responsibilities under the employment agreement, as our union has done?

The CPSU put a number of questions to Radio National management; questions about the restructuring of the features and documentaries divisions and the axing of the drama unit, the potential redundancy of senior staff members including operational staff and administrative staff. Our right to ask these questions is enshrined in the employment agreement with the ABC as part of a process of consultation.

“Anonymous” complains about the number of questions that have been asked. If there had been consultation with the affected areas before decisions were made then the number of questions that needed to be asked could have been greatly reduced. As it stands there was no consultation. Radio drama staff were given no indication that change was desired, and no opportunity to contribute to discussions about the future direction of the unit. The Night Air was praised by management and then decommissioned. In the case of operational staff, Radio National management has admitted they reneged on a previous agreement they had with them.

There are a great number of inaccuracies in their letter.

They say features producers are “disproportionally higher paid” than producers working on daily current affairs programs. This is not true: there are four “band 8” producers (excluding executive producers) in features covering three programs (360 Documentaries, Hindsight and Into the Music) and 41 “band 8” staff (excluding executive producers) plus 16 “band 9” staff across the network as a whole. Where’s the disproportion in that?

They also believe wages paid to arts and features producers are somehow responsible for the casualisation of staff on short-term contracts and the locking up of people on low salary bands.  This is absolutely wrong; all you need to do is look across the ABC and talk to people in local radio. The model they complain about is ABC wide and has nothing to do with the salary level of features producers. To suggest otherwise is scurrilous and mischievous and buys into the disinformation that is being circulated to pit staff against each other.

Apparently it is also a problem to be over 50. Do good ideas, innovation, experimentation, efficiency and competence end once you cross the 50 barrier?  Tell that to Phillip Adams, Geraldine Doogue, Norman Swan, Robyn Williams, Kerry O’Brien, Tony Jones, Mark Colvin and many others in the ABC whose work is still highly respected. The “over-50s” targeted for redundancy have worked with and mentored a lot of younger staff members and freelancers during their careers and continue to do so.

We can only hope “anonymous” is not working on a program that requires accuracy and research.

A memo to my Radio National colleagues: welcome to the 21st century

Lists are often more interesting when one sees which names are not on them. Same old same old. I never like people losing their jobs. It’s happening in much bigger numbers throughout most of the media right now. Somehow these people seem to think that they are extra special. I love what’s happening at RN. It has really improved. Still not happy with the music in the afternoon. I would like talk then too.

Only one request to RN. Please present a relevant researched NEWS service. At least try to eliminate opinion, gossip and spin. Stick to FACTS please. Copy and paste from Limited News won’t cut it! There is already too much shallow infotainment on commercial networks. No need for a taxpayer funded national broadcaster to follow suit.
To my knowledge there isn’t a “professional” News service anywhere in OZ. Why not? Too difficult? Don’t care?

Thank goodness that Radio National staff have provided a measured and eloquent response to the bile laden rant of “anonymous” in relation to the proposed sacking of RN staff and axing of programs. Whoever “anonymous” is, he/she does a great disservice to both themselves and the need for clear and reasoned debate about what’s currently occurring at the network. As for “archibald”, well, everyone is entitled to their opinion, but can we please have something less cryptic that “Lists are often more important when one sees which names are not on them?.” Inside knowledge is a wonderful thing, if only we could understand what you mean. To return to “anonymous”, not only is this individual way off the mark in every aspect of their rant, he/she is not prepared to put their name to the perverted missive. Its easy to be “anonymous.” Perhaps equally tragic is that RN management, those who engendered the current crisis, have remained silent on the vile comments which “anonymous” has punted into the public arena. Let’s step back a moment and take stock of what’s happening here. Someone who appears to be a member of a respected broadcasting organisation launches a vicious attack on a group of colleagues who themselves are under great duress (and what’s worse than losing your job?) Meanwhile RN management remains silent. Que? What does that say about the corporate culture at RN, not the mention the core values of the ABC? That is truly shameful. And, by the way “anonymous”, unlike you, I’m happy to put my name to these comments.

archibald’s comment sums up the state of mind of people who support this kind of behaviour… HE likes the changes, therefore people who have served the ABC and its community for 40 years should just shut up and go away. this is of course part of the “Your ABC” culture… actually, archibald, it’s NOT your ABC, it’s EVERYONE’S ABC, and the sooner people wake up to that fact that public broadcasting is about providing a SERVICE, perhaps less of this managerial nonsense will go on. good luck to the staff. and as for anonymous, if you don’t even have the courage to identify yourself and defend your opinions, why should we pay any attention?

archibald, anonymous, tell me a riddle and you may cross the bridge.