Crikey readers weigh in on the biggest issues of the day.

Dave Lennon writes: Re. “Time for a Sandy Smoothie as Frankenstorm hits” (Tuesday). Now you have really really pissed me off. The Crikey lead on Tuesday was a storm in America, that at the time of writing this has killed 14 Americans but in its formative stages was more powerful and  killed 60+ people in the Caribbean, ripped whole countries to pieces, causing huge economic damage.

So what’s the story here, a four to one deal on American lives over lives in the  Caribbean? Is it that it’s easy to find a willing blogger in America but they don’t have computers in the Caribbean so why try? We don’t really give a shit about the Caribbean unless our cricketers or netballers are there?

I feel confident at some point a piece will turn up linking Sandy to global warming but I can’t help thinking about the many other large-scale weather related natural disasters that have beset the world this year about which we have heard next to nothing. This raises two points.

First, those on the web are hearing about these disasters and either consciously or sub consciously asking why they aren’t getting this from mainstream media. One might be tempted to say learn the lesson on how the PM’s now famous speech on misogyny played in the press here versus the way the world, and it would seem the Aussie punters, saw it.

Secondly, Australia, is pro rata a world leading greenhouse gas producer yet there is a totally phony “debate” about whether climate change is real. I just wonder where that debate would be if the media could just adjust its vision sufficiently to see stories that don’t come out of America or Britain.

I could have happily accepted an article on the current storm in America dealing with the likely economic impact on Australia . I just cannot accept that Manhattanites cowering in up to code buildings is any more of a story than the lives lost and devastation caused by a much more powerful Sandy last week in the Caribbean.

Finally the collective “editorial judgement” of the media that said this only became a headline when it approached the US coast is symptomatic of something I fought during my 20 plus years as a regional broadcaster. For truly  in the eyes of the metro media Melbourne is to New York as the Caribbean is to Ouyen and that lazy low hanging fruit approach to filling a paper or a bulletin will not wash  anymore.

Essentially this is about editorial decisions; going with the expected, the predictable, the traditional story options that “sell papers”, or used to, or actually summoning up a bit of arrogance and saying “hang about I’m an experienced journalist, I know stuff and I’m going to back my judgment and start giving people a mix of stories they want to hear and stories that they need to hear”.

So change or perish keep ignoring the “regions” wherever in the world they be regardless of how pertinent that story maybe to Australia’s future and if you continue to get it wrong well it really makes no difference because we have alternatives. We are all the media now.

Don Wilson writes: Penny Wong was not tipped out of top spot (editorial, Tuesday). She had been number two to Don Farrell at previous Senate preselections. This porky started with News Limited, got fomented by the Liberals, and then repeated by the mainstream media. Crikey ought to be better than that. Well, Farrell has done the right thing. Surely the correct response now should be that Wong was (deservedly) promoted in the Senate order. She was never demoted.

Former Ourimbah-Narara ALP branch president Norman Hanscombe writes: Re. Rod MacDonald (comments, Tuesday) wrote on what happened with Neil Batt in the 1980 Denison byelection: It’s true that the right wing Neil Batt had little personal support, perhaps in part because he was plotting behind the scenes continuously with the left wing Leo Brown to replace Premier Doug Lowe.

Hare-Clarke is notoriously unpredictable, which is why left-wing state politician John Green and others drafted a variation which would ensure prominent figures such as Neil (even if they lacked support among local branch delegates) would not miss out on being top of the ticket. The rule change was sabotaged narrowly in the final vote by Leo Brown (with Batt’s support) when it came to the relevant conference (in Zeehan from memory, as I was away in Canberra).

Later, when the ballot for the state election candidates came up and Batt’s supporters were still thin on the ground he was down the ticket, John Green immediately offered to step aside for Batt to have the number one spot; but Batt refused to accept, because he had other plans in mind.

His mate Bob Hawke came down to Tasmania; the ALP rules about campaigning were breached by him; and Green’s opponents in the party gave the journalists a plausibly sounding chance to shamefully and erroneously attack Green in the media.

When Batt, deciding he’d never become premier, dropped out of parliament and left the state, Leo Brown switched his support to another right-wing politician, Harry Holgate, and used him to remove Doug Lowe in the most absurd coup I’ve ever seen.

John Green’s main offence was that he had integrity, something once valued in the world of politics — but now?

Sol Salbe writes: It is interesting that Senator Michaelia Cash (comments, yesterday) does not make any reference to Senator Kathy Sullivan (formerly Martin). As Wikipedia reminds us: “She served longer in the Australian parliament than any other woman, outstripping the record previously held by Dorothy Tangney. She was the first woman member of the parliament to have served in both houses.”

Perhaps the omission is tied up to another thing mentioned by Wikipedia: “She has been a vocal advocate for an increase in the number of women in parliament”.  A genuine feminist like her is apparently no hero to the current Liberal leadership.

Stephen Luntz writes: Senator Michaelia Cash responded to my article on the proportion of women in Coalition Parliamentary ranks: “Luntz in his article fails to recognise that the Liberal Party chooses its candidates based on merit rather than pre-determined quotas.”

If we accept Cash’s word it raises the question as to whether this means that women only represent 20% of the merit of the Liberal and National parties. If so, why is this? Is this an accurate reflection of the proportion of the membership numbers in the two parties, or are there plenty of women but they lack the talent to be worthy of preselection? If either of these are true I’d be very interested to learn why the Coalition can’t attract women of merit.

Cash is quite right however, on the long list of Liberal firsts in promoting women. However, if the modern Liberal Party thinks it can justify under-representing half the population to such an extent on the basis of Enid Lyon’s victory 63 years ago it is in deeper trouble than I thought.

A dash of climate science sanity

Matt Andrews writes: Just in case anyone pays any attention to Tamas Calderwood (comments, Monday), and in particular gives any credence to the ludicrous UK Daily Mail article that Tamas cites as “evidence”, might I suggest a dose of sanity via the fine folk at Skeptical Science, covering just how thoroughly this particular climate-denial meme has been debunked. 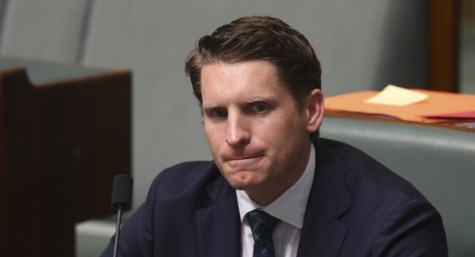 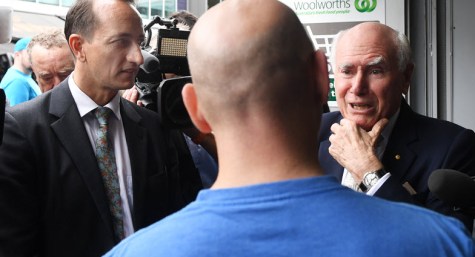 Further to Dave Lennon’s letter, the ABC has now arrived at a point where they show a picture gallery of Sandy damage on the news website but neglect to give any details of location.

The hapless information-seeker is supplied with numerous images which could have been taken almost anywhere on the planet. The only additional information comes in the form of a caption revealed only when the cursor is positioned in the right spot. These captions are breathtaking in their brevity eg: ‘flooded tunnel’, ‘beached boats’ etc. No location, nothing.

All part of the dumbing down process – now well-implemented and taking effect.

RE Hurricane Sandy: In Did Climate Change Cause Hurricane Sandy? (30Oct2012), Mark Fischetti, an editor at Scientific American, describes how on average the cold jet stream air flow from the arctic which increased the intensity of this storm is now more likely following higher levels of arctic sea ice melt from warming. It references a June 2012 Scientific American article with links to some Cornell work discussing “Arctic Wild Card in the Weather”.

It’s pretty funny that Matt Andrews (comments, yesterday) appeals to the high authority of skepticalscience . com in order to counter my point about the lack of warming for the past 16 years because the article Matt references actually admits that there has been no statistically significant warming for 15 years. It quotes the UK Met Office saying “the current period of reduced warming is not unprecedented and 15 year long periods are not unusual”.

Well, yes – but our record CO2 emissions are unusual. So if the current pause in warming looks like the previous pauses when our CO2 emissions were much lower, doesn’t this suggest the 0.8C of warming in the past 150 years is natural?

Tamas – the world is warmer than it was 15 years ago. There is no pause. What there is the fact that if you look at sufficiently little data then it’s more likely that any signal will be drowned out in noise. The people telling you that there’s no statistically significant warming in the last fifteen years always neglect to mention the fact that there was significantly significant warming in the last sixteen years – the extra year isn’t something magic, it’s just data outside your blinkers.