Some 150 international medical students don't have intern placements for next due. The situation is critical, for students and the healthcare sector, writes Sydney University Medical Dean Bruce Robinson. 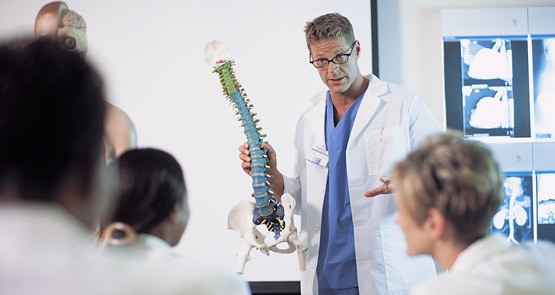 About 150 international medical students graduating from Australian universities do not have an intern position for next year due to funding shortfalls. We are at a critical point.

If graduates cannot secure an internship locally they will have no option but to take their chances in the competitive matching programs in their home countries. In some home countries, there are no opportunities. In Canada, US and European Union, the odds are against them.

The damage to the reputation of Australia as a higher education destination is one thing. Future international student numbers will be affected; students will continue to use both the local and international media to tell their stories.

In my view, though, reputational damage is less important than the personal consequences for the students, young people who have come here in good faith, worked hard, passed their exams, become alumni of our universities but now may potentially find the whole exercise was a waste because they have limited opportunities to get their registration.

We are still hopeful that a satisfactory outcome can be achieved, but at the moment internships appear to have become another political football with negotiations and discussions going back and forth between Canberra, state governments and medical school deans with no resolution.

Over the last few years, we and other medical schools have argued that international students add a great deal to Australian medical education and community. Namely:

Medical Deans Australia and New Zealand has been pushing hard to find a resolution and all medical schools have agreed on the need for change to the management of international medical students, including caps on the total number and other points. The Department of Health and Ageing has put $10 million on the table to avert a crisis with this year’s graduates but that money is contingent on the states contributing a total of about $8 million in addition for all students to secure a place for 2013.

At this point, we have not been able to engage with the NSW Ministry of Health and there is no commitment to provide the additional funds that would allow this year’s graduates to secure positions.

Internships for 2013 are the immediate priority, but clearly this is something that needs to be resolved for the longer term. All parties will need to work together to achieve fair management of this matter.

First, do no financial harm: on exorbitant medical fees and pay disparity

Newman v the doctors: a political fight that is poisoning the LNP