Remember Cloverfield? The movie is playing out across the east coast of America today, as the so-called Frankenstorm strikes major metropolises. 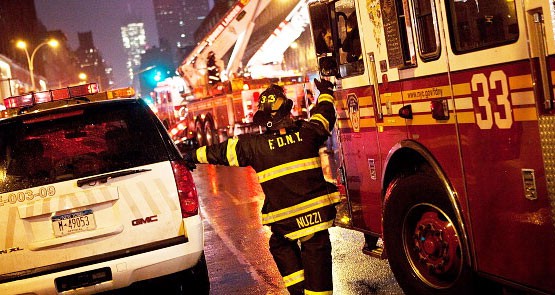 Remember Cloverfield? Found footage filmed of ancient monster taking its revenge on narcissistic hipster New York, the whole thing a deliberately unreal proposition to focus on the fear and fragility of the whole city and way of life? Preposterous, right?

Well, at the moment there’s a huge crane hanging loose atop Manhattan, the lower parts of the island in darkness, as rising waters fused transformer stations and the electricity company shut the whole thing off.

Hurricane/storm/cyclone Sandy hit the coastline around 8pm tonight, making landfall smack bang on the Jersey coast around Atlantic City and Asbury Park, the famed Jersey shore. Half these places are themselves islands, joined to the landmass by causeways. Residents had been urged to leave across New Jersey and in lower Manhattan, and parts of Brooklyn. Those who didn’t were then urged to stay, in regular broadcasts by NY Mayor Michael Bloomberg and NJ Governor Craig Christie. Bloomberg said that 911 was getting 10,000 calls an hour in New York, and that most of them wouldn’t get answered — “so just stay inside and don’t call, unless it’s a matter of life and death”.

Much of New York had been shut down last night, including the entire subway system, sections of which are now flooded — indeed, most of the state’s rail network was shut down. The New York Stock Exchange was also flooded, with no indication as to whether it will re-open tomorrow. At least one New York hospital had its emergency back-up power system fail — “despite,” Bloomberg said through clenched teeth,”the system reportedly being tested recently”.

Eleven deaths have been reported so far — a small total compared to the 70 or so killed in the Caribbean in previous days. Bizarrely, the death tolls includes a sailor from the HMS Bounty, a heritage sailing ship caught by the storm off the coast of Maryland. Parts of Manhattan remain flooded on the east side, with reports of cars floating away. So the death toll may well rise once the situation becomes clearer tomorrow.

The crane now dangling from its own tower was atop One57, a 90-storey apartment building nearing completion near Central Park. Close to 400m up, there is no clear idea how to get it down, other than by letting it fall, and an entire neighbourhood has been evacuated beneath it.

The worst of the storm has passed over the coastal area, and has now turned its attention to Philadelphia, with reports of flooding and power outages there, and causing a blizzard in West Virginia, to the south-west. There’s a suggestion the storm will now grind to a halt in the Pennsylvania region, but without dissipating for at least 24 hours. It may then turn north towards Canada.

So far, not exactly the cataclysmic disaster that was suggested as possible — but the storm’s effect is magnified by occurring in the week before the election, with no clear indication as to how this will effect voting and campaigning. All tomorrow’s campaign events have been suspended, but the Romney campaign in particular will be tempted to get back on the road, now that there has been no huge casualty rate.

Authorities have said that it will take a week for New York to return to normal, and that power outages in outer parts of New York state and Jersey may not be full restored for more than a month. The level of damage to Atlantic City will be estimated when someone can work out how to do that.