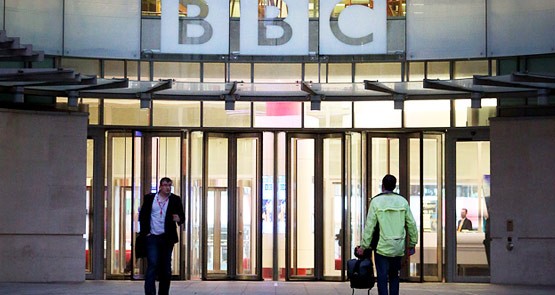 Hard though BBC director-general George Entwistle’s incuriosity over the Jimmy Savile scandal may be for outsiders to understand, to those who know the BBC culture it isn’t. His remark that “I absolutely did not want to do anything that demonstrated excessive interest” makes perfect sense.

In the BBC (as in the ABC) there is a powerful taboo forbidding one director from interfering in the operations of another. That’s especially true of news, whose operations are protected by a Chinese wall from other divisions.

The BBC has many interests — cultural, commercial and bureaucratic — that might be impacted by the news division’s operations. For example, in this instance, not only BBC1’s Christmas schedule, but the reputation of one of its greatest stars. For the director of vision to have started asking too many questions about an investigation by the Newsnight program into Savile would have been seen as a major no-no within the broadcaster.

It may well transpire that Peter Rippon, editor of Newsnight, did not act alone when he decided to pull the program (though there is no evidence of that to date, apart from his strangely abrupt change of heart, and the now well-known suspicions of his subordinates). It’s worth remembering that ITV took a further 10 months to produce its revealing documentary about Savile’s paedophilia — a length of time that a daily program like Newsnight could not have contemplated. The ITV team used the time to uncover far more victims and witnesses prepared to appear on camera than Newsnight had been able to find in the few weeks its team worked on the subject.

However, if there were pressure on Newsnight, it is most unlikely to have come from Entwistle, at least directly or overtly. He simply did not have the authority to exert it. If he had tried, Rippon would have told him to bugger off. It was Boaden and her deputy, Steve Mitchell, who could have instructed Rippon to pull the program.

Let’s hope the current inquiry by an outsider, the former head of Sky News, tells us what happened. But on the face of it, Entwistle was being, in BBC terms, scrupulous in his “incurious” reaction to a guarded warning from his fellow director. That scrupulousness has now blown back in his face.

That’s not to say the BBC has no questions to answer. It has many, not only about why the Newsnight program was pulled but much more seriously about the blind eye turned to Savile’s behaviour by BBC superiors and colleagues in radio and TV light entertainment over many decades.

But Entwistle’s story checks out.

Asian Century is just rhetoric — so why keep coming back?