The dead entertainer haunting the BBC and the UK government

What began as an exposé into abuse by entertainer Jimmy Savile has become a widening rip, drawing in the BBC and the government. London-based writer and author Peter Salmon reports. 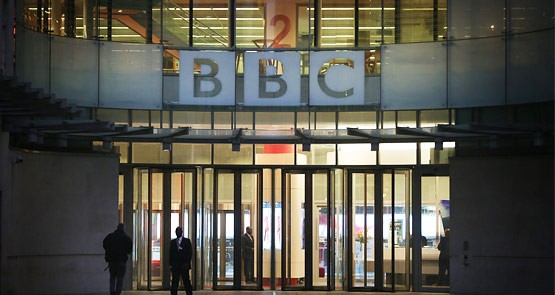 How much more horrifying can the Jimmy Savile inquiry get? Savile, as all the world now knows, was the much-loved BBC presenter, host of Top of the Pops and Jim’ll Fix It, who, it has now been revealed, was also an exploiter of underage teen fans, at best, and a serial predatory p-edophile at worst.

It’s been almost a month since ITV broadcast Exposure: The Other Side of Jimmy Savile, which investigated allegations of s-xual abuse by the former television and radio personality, who died last year. The show documented 10 cases of alleged abuse, raising serious question about how much was known of Savile’s activities by his BBC colleagues and employers.

The ITV exposé sparked one of the biggest child s-x abuse investigations in British history. Police are questioning at least 300 victims about 114 alleged crimes, mostly linked to Savile, but including a number of other as yet unnamed individuals. The scandal has engulfed some of Britain’s key institutions, including the NHS, the Department of Health and, crucially, the BBC, Savile’s employer throughout his career.

The nation’s reaction to the BBC’s failure to investigate Savile’s activities was best summed up by Labour MP Paul Farrelly: “It’s very hard to understand the lack of curiosity.”

Farrelly was questioning George Entwhistle, Director-General of the BBC, about the broadcaster’s response to allegations of s-xual abuse against Savile. But he could have been speaking for the nation about the response to several decades of rumours about the deceased star.

Entwhistle’s reply — “I absolutely did not want to do anything that demonstrated excessive interest” — served as a disturbing insight into the problem, leaving many questioning where a lack of curiosity ends and a culture of complicity begins.

Hardest for the BBC to defend was the decision taken last year to shelve the Newsnight investigation into Savile for “editorial reasons”. It was initially argued the decision had been taken exclusively by Newsnight editor Peter Rippon, although investigations continue as to what pressures may have been brought to bear. That the decision was made the day after the BBC released its Christmas schedule — featuring not one but two tribute shows to Savile — has raised obvious questions. Entwhistle was the head of BBC One, which aired the Savile tributes, at that time.

Rippon dug a deeper hole for himself and the broadcaster in response, with a blog post arguing the decision was for purely editorial reasons, a post the BBC has now dismissed as “inaccurate and incomplete in some respects”. Rippon has subsequently stepped aside. The scandal has also spread across the Atlantic, with questions being raised about then-BBC boss Mark Thompson’s suitability to take up his new post as DG of The New York Times.

Savile is a curious figure to the outsider, with his shell suits, gold necklaces and cigars. Radio DJ, television presenter, marathon runner (he is supposed to have run 212 of them, although that too is now being questioned) and tireless fund raiser for charity, he appeared the quintessential British eccentric while remaining part of the establishment (he was knighted in 1990).

He hosted Top of the Pops for 20 years (videos of him trading quips with Gary Glitter, arrested overnight, about them sharing young groupies make particularly uncomfortable viewing). He also hosted the eponymous Jim’ll Fix It, where he made the dreams of viewers — mostly children — come true. Again, retrospect has cast a sickly light over the program.

His work for charity also leaves some deeply disturbing questions to be answered, with both the NHS and the Department of Health being drawn in to the scandal. The majority of his fund raising was for three institutions –Stoke Mandeville Hospital, Broadmoor Hospital and Leeds General Infirmary. In each he was given free access to children, having his own room in both Stoke and Broadmoor. Many of the accusations against him relate to his actions at these hospitals. The names of three attending doctors have been passed on to police.

British reaction to the scandal has, in some ways, mirrored the reaction of the victims — for those who grew up with Savile as a trusted household name there is a sense of betrayal, and the feeling of being a victim of tacit complicity by organisations they also trusted. The endless shots of Savile mugging for the camera are discussed with revulsion, and the institutions with which he was associated have been attacked for reasons both within and without their brief.

When Savile died he was buried at a 45 degree angle so he could continue to look out to sea, with a giant monument above him. The monument and headstone, defaced after the initial ITV story, have now been removed by his family out of respect for his victims. Nothing now marks his presence.

There are no doubt many who are hoping, professionally and personally, the legacy of Savile could be made to disappear just as quickly.

The Beeb’s response doesn’t bode well for how it might cope with any allegation it receives now or in the future, about personnel who are still in the land of the living. Surely that’s the more pertinent question. Have any lessons been learned? Are they ever?

I would’ve thought a Savile scandal would’ve shot viewing numbers for the two Christmas specials through the roof.

I think someone’s lined up to go through a “Savile row”…?

More women needed higher up at the Beeb.

This LRB article is a real eye-opener: http://media.lrb.co.uk/2012-10-27-andrew-ohagan-light-entertainment.html