International environmental agreements can happen and they can make a difference. This year the average area covered by the Antarctic ozone hole was the second smallest in the last 20 years. Plus other political news.

Thank goodness for Getup. My mind boggles at the way NSW politicians from both sides are supinely staying silent as planning proceeds for Sydney to get a second casino without any competitive selection process. James Packer, the state’s richest man, should not be allowed to get away with it.

At least Getup are on the case. The email I received from them this morning contained this message:

“This week the NSW government received proposal from James Packer’s Crown Group to build a second casino in Sydney at Barangaroo. The NSW government has supported the proposal on the condition that the casino contains no poker machines. There’s good reason for the exclusion: we know that poker machines are incredibly damaging to our community, and far more addictive than other forms of gambling.1 But if the ban on poker machines isn’t in legislation, it can be reversed overnight at the whim of the Premier of the day. And there is good reason to think that it could be.

“Packer’s Crown seem to be running a classic thin edge of the wedge strategy. Step 1: Get approval for the casino by agreeing to a ban on poker machines. Step 2: build the casino at a cost of $1 billion. Step 3: once the casino is built and the money invested, cajole the state government into lifting the ban by saying that the casino has to have poker machines to make the business profitable.

“Prevention is better than cure, and to stop a new blight of pokies in NSW, it’s crucial that this pokies ban be set in legislation; not just planning documents that can be changed at the stroke of a Ministerial pen. Use your voice — contact the NSW Premier, Barry O’Farrell to demand a legal ban on poker machines at a new Sydney Casino.”

Subsidising cruelty to pigs? The Parliamentary Secretary for Climate Change, Mark Dreyfus, was out and about yesterday singing the praises of the Labor government for helping a piggery turn manure from 20,000 pigs into electric power. The farm in the New South Wales town of Young captures the droppings in the animals’ enclosure and pipes them into a giant methane lagoon. It is then put through a biogas converter to produce electricity that is economic because of a taxpayer subsidy under the Federal Government’s carbon farming scheme.

“The carbon price that’s paid by Australia’s largest polluters is flowing to projects like this, creating clean energy and cutting Australia’s carbon pollution,” boasted Dreyfus. All very good, I suppose, unless you are a pig forced to live a life of misery in a barn on a floor with gaps in it to allow their manure to flow.

The hole got smaller. International environmental agreements can happen and they can make a difference. This year the average area covered by the Antarctic ozone hole was the second smallest in the last 20 years. And, according to data from NASA and National Oceanic and Atmospheric Administration (NOAA) satellites, this year also marked a change in the concentration of ozone over the Antarctic with the minimum value of total ozone in the ozone hole was the second highest level in two decades. 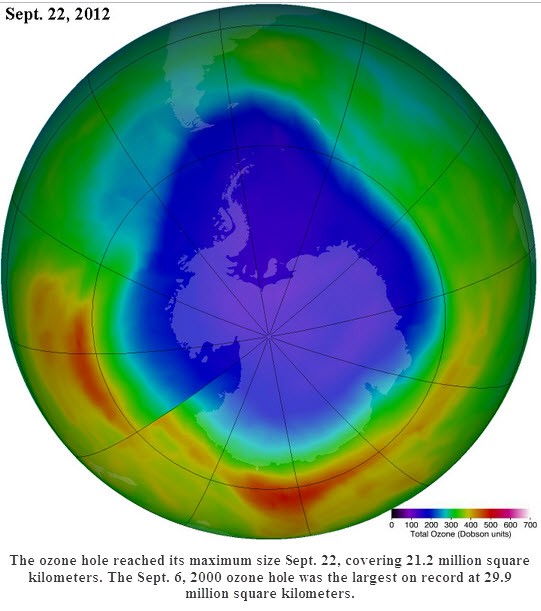 But let’s give some credit to the Montreal protocol of 1987 that led to reductions throughout the world of Chlorofluorocarbons (CFCs). Overall atmospheric ozone (which acts as Earth’s natural shield against ultraviolet radiation, which can cause skin cancer) no longer is declining as concentrations of ozone-depleting substances decrease because of the treaty.

A good news quote for the day. From Homi Kharas quoted on the Brookings Institute website:

“Roughly speaking, 1 billion people have been lifted out of poverty since 1990, in China, India, Vietnam, Indonesia and even now in sub-Saharan Africa. In the last decade, we’ve had the most rapid reduction in poverty in history.”

News and Views noted along the way

A rotten end to a rotten year for a rotten government

Dear Leslie, my uncle is a pariah in his family for an innocent act

The outing of Hillary Bray