Fake followers and the upshot of dodgy social media

You may have heard of black hat search engine optimisation, but what about black hat social media? Patrick Stafford of SmartCompany asks if it works. 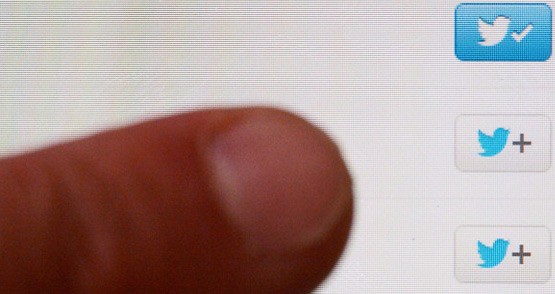 For a few years now, companies have been hiring the services of businesses and individuals to artificially inflate their follower numbers. Whether it’s on Twitter or Facebook, “likes” or “followers” are simply another commodity ready to be sold or traded at will. This practice has only become more important as social media plays a bigger role in any company’s strategy. And there are plenty of businesses making a living selling success.

Forget about the stigmas attached to it for just a minute,” says Mat Carpenter, head of local social media firm GetWithSocial. “With us, each new fan or follower is a potential lead — if your business wants to explore a new sales channel or is looking to secure new, long-term customers then I would definitely say it’s essential.”

And it’s not just Facebook or Twitter where the importance lies. Videos on YouTube are judged by view counts, posts on Tumblr given legitimacy if they’re spread across the blogging network quicker than others, and Pinterest clearly shows how many posts or boards are followed by individual users.

It’s a lot of work to get those followers. For some, it’s too much work. That’s why they turn to companies like uSocial in the United States, or GetWithSocial here in Australia, or GettySocial. These types of services offer to “buy” social media followers or likes. The end result is that you’re given a pretty significant boost in your count and, as a result, your reputation. With a higher social media follower count, it’s more likely your content will be shared — and Google will be paying attention. The more views you have on a YouTube video, the more likely you’ll be profiled on the site or show up higher in rankings.

Again, Google will be watching closely. And that’s just the tip of the iceberg. Fake reviews and celebrity endorsements on Twitter are just a few ways businesses are fixing the social game. But does that mean you should play it? Carpenter suggests what you’re buying isn’t true social media engagement — just a follower count.

“If you’re just simply searching for, or looking to create the perception that a company or a brand or an individual has a strong following, then you can do that,” he says. “But it doesn’t actually provide the type of social media community who will at the end of the day provide the value that you’re looking for.”

There are certainly benefits to using these types of services. As Carpenter explains, you’re able to tap into a willing and ready audience quicker than the natural excavation of followers would allow: “Put it this way: you don’t want to be ignoring social media or the act of buying followers.”

Carpenter argues there’s a clear benefit to buying social media followers quicker than your normal timeline would allow. It’s just speeding up the process by putting the page in front of people who may be interested.

“Essentially what we do is put our clients Facebook/Twitter page in front of thousands of users which can be targeted via country, and only people who like the look of the page, are interested in the niche or topic, or have a vested interest in the service, will like the page — others simply don’t,” he says.

But then, there’s the other part of the equation. Social media experts argue these followers are never going to be as engaged with your brand had they found your company organically. James Griffin, co-founder of social media intelligence firm SR7, says fake followers are exactly that — fake.

“Now, there are certainly degrees to this. Some vendors do source followers on Twitter who may be interested in what you’re doing. You could argue they’ve found people who have an interest in what you do,” Griffin says. “But is that connection created organically? There’s a huge difference between that and a follower you’ve worked hard to earn.”

And that’s what social media is about. Creating a community of followers who are interested in whatever it is you’re doing.

Catriona Pollard, managing director of CP Communications, also points out that unless people are really interested in what they have to say, they’re not going to stick around anyway. People who find you naturally, on the other hand, are more likely to devote themselves to a long-term following. It may take longer, but they’ll stay for the long term.

“Find followers organically by sharing interesting information, having online conversations and adding value to the lives of your followers,” she says. “You can’t engage or have conversations with bought followers, which are made-up accounts. Social media isn’t about pushing marketing messages; it is engaging and communicating with clients, customers and other stakeholders.”

The key word there is engagement. If someone visits your page and notices your high follower count, it won’t mean a thing if you don’t have many conversations happening on your page or feed. And it could be a clear sign you’ve bought your followers.

“The more fans and followers you have, the higher the level of conversation on your page should be,” Griffin says.

Social media agency Online Circle releases monthly reports on Australian companies on Facebook — and there is usually a major difference between their follower counts and the amount of conversation and engagement on their pages. If you’re simply buying followers for the extra count, you’re not going to get much out of it.

But Carpenter also says that’s not what his business is focused on. “The good news is that the majority, if not all of our clients upon completion, report an increase in activity and engagement on their page. This could come in the form of likes and comments on status updates, visits to their website, leads or sales.”

And it’s not all bad. Carpenter says he warns his clients that unless they do the work in engaging with their followers, they’re not going to get much of a benefit out of just buying a few likes.

“We tell clients before each campaign that their numbers may fluctuate as users get used to their posting style,” he says. “For example: posting too much & fans may consider ‘unliking’ the page because you’re spamming their news feed. We also like to mention that if you do decide on purchasing fans/followers than be prepared for questions & comments on your page & that you should be actively monitoring this to ensure no-one is left without an answer. There’s nothing worse than a company fan page that has a lot of questions with zero answers.”

Buying followers isn’t always going to be a bad thing. There are companies that can take your money and provide you with followers who are actually interested in the product that you’re offering. But going down that route does mean you’re going to have to try extra hard to make sure you’re engaging and keeping your site alive.

As Griffin says: “You need to create legitimacy about how you’re perceived. It’s an option, the alternative does exist. But it needs to help you bolster your social media campaign.”

This used to be a pretty big thing back in the MySpace days. Back a few years ago, it was almost impossible to get gigs as a band without being able to demonstrate to promoters that you had a decent number of myspace followers. As a result there where a number of companies you could hire to get a bunch of thousand extra followers. Almost all would be low-quality accounts that would spam the crap out of your wire but never ever ever attend a gig, and to be honest i suspect most where either stolen or bot generated accounts.

It was really distorting of the music scene with utterly useless bands getting high profile gigs based on artificially inflated MySpace followings, whilst genuinely well liked and good bands would wallow away struggling to get $50 gigs at tiny crowded garbage pubs.

Thankfully, those days seem to be over, and its all about facebook now. Not that that doesn’t bring its own problems.