What does $8b worth of jets buy you? Worry for Qantas

Singapore Airlines laid down some $8 billion in new Airbus jet purchases overnight, giving Qantas headaches as it attempts to seal its deal with Emirates. 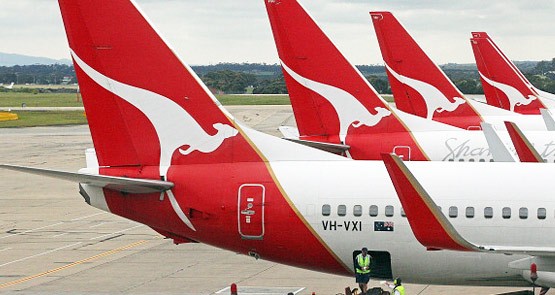 Singapore Airlines launched a massive attack on Qantas and its approval-pending “Emiroo” partnership with Emirates overnight, ordering close to $8 billion worth of extra Airbus A380s and A350s in what is as much about the pressure it is under to keep Changi Airport a major facilitator of economic activity as it is about airline competition.

The concerns in Singapore’s business and government elites about the recent Qantas decision to drop Changi for the Emirates hub at Dubai for its flights to Europe and the UK elevated the disquiet that has been building in Singapore for years over the UAE city’s imitation of Singapore’s success in making itself a cross roads and focal point for shipping, manufacturing and financial services as well as what travellers see as one of the great connecting airports of the world.

That disquiet also “wedged” Singapore Airlines over its slow recognition of the importance of low cost airline franchises, and its remorselessly declining role in bringing business to Changi airport compared to the contributions of the Qantas Jetstar franchise, leading last year to its investment in a long haul wide body low cost brand Scoot to which it last night punted its existing order for 20 Boeing 787-9 Dreamliners while greatly expanding its commitments to new Airbus models.

Singapore Airlines was stung by the willingness of the government of Singapore to host Jetstar Asia using a somewhat questionable interpretation of what constituted a controlling Singaporean ownership which is known to be funded through a loan from Qantas.

Just one aspect of Singapore Airlines re-fleeting decisions last night is that it will make Scoot within three to four years a larger capacity carrier than the currently announced plans by Malaysia controlled AirAsia X or Qantas controlled Jetstar Asia.

As far as Jetstar in concerned, Singapore Airlines may be banking on a continuation of the Qantas “capital light” approach to investments in new services and the newer, more fuel and maintenance efficient airlines that Qantas is denying itself in order to reduce its capital expenditure obligations for the next three years.

Qantas has cancelled 35 firm orders for the more competent version of the Dreamliner, the 787-9, which will now go to Scoot, and has made itself an Australian airline in its own right to Europe only from Sydney and Melbourne, relying on the “Emiroo” partnership to gift to Emirates those passengers who will no longer have direct Qantas flights from Perth, Adelaide, Brisbane or from other places where the inconvenience of connecting in Sydney or Melbourne is an absurdity.

Singapore Airlines is targeting the fundamental flaw in the Qantas strategy to turn around its long haul international business, which is that when you stand still waiting to achieve profitability for two, three or four years, or however long suits the management agenda at Qantas today, the competition doesn’t stop.

Instead, you lose even more customers. History shows, they don’t come back.

The competition, lead by Emirates and Singapore Airlines, continues to grow its share in a market which is itself currently growing at a rate of around 6% per annum, and much more when key emerging routes in China and Asia in general are considered.

Qantas has no prospect of ever taking back what it has lost, including to its bigger benevolent approval pending business partner Emirates, on whose flights to Bangkok, Kuala Lumpur and Singapore Qantas will also offer seats to customers who can no longer get what they might have previously wanted from the iconic flying kangaroo.

What Singapore Airlines did last night is aimed at both Emirates and Qantas. Changi is a hub airport which is efficient for connections to all of China and greater Asia as well as Europe, which Dubai, seven hours flight time to the west of Singapore certainly isn’t.

When Qantas announced a promised shake-up of its schedules and frequency recently to Singapore to improve its connections to Asia it underwhelmed and disappointed the market, as it has no natural ally for on going connections for full service flyers, and seems to believe that its customers will fly on uncompetitively configured smaller Qantas jets to Changi and then change to Jetstar flights, which is guaranteed to drive them to discover the Singapore Airlines/Silk Air alternatives.

This is a dangerous assumption for Qantas. Virgin Australia is now the alliance partner of Singapore Airlines, meaning it can increasingly offer a full service product all the way from its Australian cities to those served throughout the entire Asia-Pacific hemisphere on Singapore Airlines or its Silk Air subsidiary, as well as spring discount fares that compete with the limited offerings available on Jetstar.

The risk for Singapore Airlines in relation to the actions it is taking to secure more of the traffic between Australia and the world is that the weakness in the Qantas strategy is increasingly obvious, and thus increasingly likely to force it to abandon its “capital light” paralysis, and do something that will keep it relevant in Asia to higher yield customers.

Emirates spree a threat to Qantas

For Qantas staff, it’s death by a thousand cuts

Yes, a large part of Qantas’ problems are due to its poor fleet management. For example, it still runs 747s where Emirates and Singapore Airlines have gotten rid of them because of their relatively high fuel burn, in lieu of the B777 and A380 combination(remembering that airlines introduced the fuel levy because fuel costs are so high in this industry). In addition, other competitor airlines like Malaysia, Thai and Air New Zealand have also moved toward the B777, often on routes in direct competition.

They also failed to predict that the B787 would be delivered late. Just consider three red flags available at date of contract signature: New plane (red flag #1), New Technology (flag #2), new construction method (#3). That is, there were three(!) red flags clearly visible at the time of signing the contract to acquire the B787. You did not need to have worked at Boston Consulting to see that was going to end in tears. If risk management and its mitigation is not management responsibility, then what is? I am sure Qantas got a monetary compensation payment, but did that go to the international division as compensation, or to a central account and so the international division still wore the loss, hmmmm?

What is alarming is that instead of facing the fact that they were wrong footed by almost every other airline on the question of acquisition of the B777, Qantas chose to use their fight with the unions as a cover for their losses. If I were an analyst with any of the big shareholding institutions, I would look really carefully at the costs claimed against industrial action, and see how much that was a problem compared to the relative fuel inefficiency of the present Qantas fleet. This question goes to the heart of the integrity and competence of Qantas’ management.

For all the light shed upon the industrial issues (and fair enough, they should not be shied away from), the absence of any serious analysis of Qantas’ fleet management and management competence in dealing with it should be alarming to shareholders.

Perhaps, in turbulent weather, Qantas should take a leaf from the book of its pilots: ‘Fly the plane!’ If it cannot afford planes that can compete head to head with other airlines, then it should get out of the business. Or better still, turn it over to management who can.

Disclaimer: I have no financial interest whatever in Qantas, either by way of shares or employment, direct or indirect. Given the performance of the company and its management, I think it unlikely I ever will.