The company that brought us the Prius with its boast of fuel-efficiency to help save the planet is really no different to the rest of the gas guzzling motor manufacturing industry. Plus other political news of the day.

A policy for the Australian Liberal-National coalition to borrow? Foreign ownership, especially of farming land by Chinese government controlled companies, is a potential policy conflict for the Coalition but perhaps the Canadian government is providing a way of at least stalling the disagreements for a while. The Canadians are planning to introduce a “two-track system” for judging whether a foreign takeover provides a “net benefit” — on track for transactions with what The Globe and Mail describes as typical corporations and another track for firms under the influence of foreign governments. 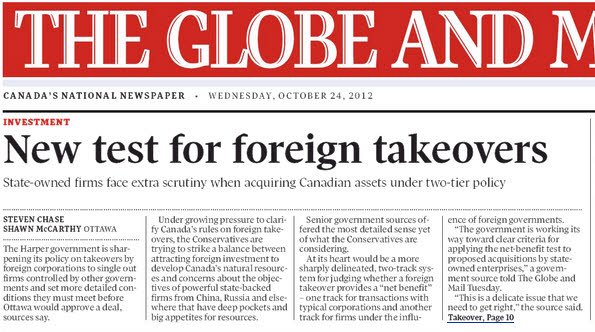 Not dead yet. My colleague Bernard Keane might have left you with the impression yesterday that the nuclear power industry was well and truly on the way out. But not quite if this report from the China Daily can be believed. 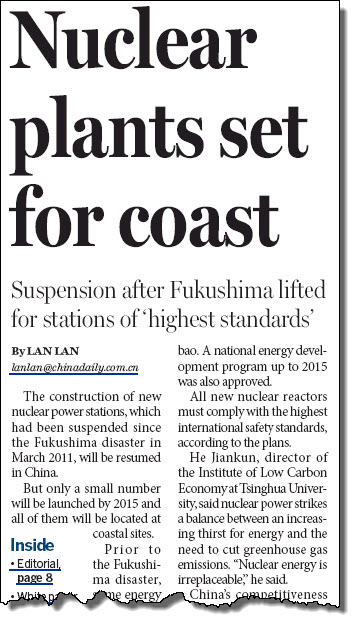 Some motoring industry hypocrisy. The company that brought us the Prius with its boast of fuel-efficiency to help save the planet is really no different to the rest of the gas guzzling motor manufacturing industry. In surely what is one of the most blatant hypocritical exercises of recent times, Toyota is suing the Mexican government to block its new proposed fuel economy standard for cars, trucks, and SUVs that essentially are the very same standards that they support across the border in the U.S.

First Dog’s cynical, partisan, When Will Tony Get the Boot Competition. Crikey‘s own (and only ever) Walkley Award Nominee First Dog on the Moon shocked the Twitterverse earlier today with the bold suggestion that time may soon be up for Mr T Abbott as leader of the federal opposition. Interestingly Niki Savva in the Australian was suggesting the same thing and if that is what they are writing in the Oz now it must be true.

Cynical popinjay that he is, First Dog has “opened a book” on how long Tony has got till he gets a tap on the shoulder. How gauche.

First Dog also instructed the twitterati that they must not engage in opening a book on Juliar’s leadership because that would be misogynyst.

Closest one to the date gets a first dog teatowel or something.

Go HERE and leave your twitter handle or email address so we can contact you if you are right. Exact dates only please.

Bet on Tony instead. If First Dog and Niki Savva reckon Tony is on the skids, the market is not yet convinced. Our Crikey Liberal Leadership Indicator, based on the current betting odds, still has him a clear favourite to remain at the Opposition helm. 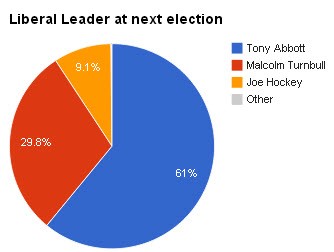 And at the risk of reinforcing my misogynist title, here is the Labor Leadership Indicator: 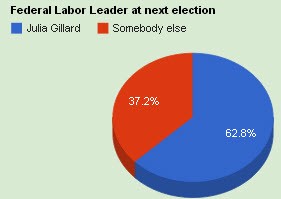 Responsible service of alcohol Bendigo style. Exams will soon be over so get ready for Muck Up Day. So how about an inter-school drinking contest for the boys and a spot of jelly wrestling for the girls? 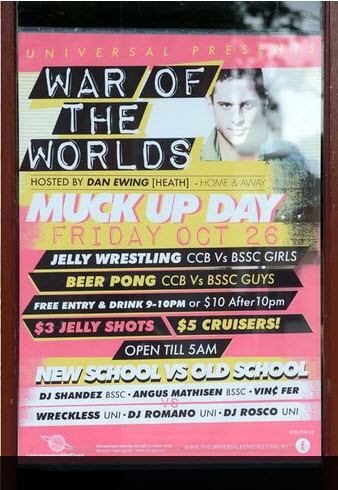 And the public reaction? Well a poll of readers on the Bendigo Advertiser (the paper that this morning quoted the father of an 18-year-old student labelling the promotion as “absolutely disgusting”) website at lunch time had a clear majority labelling the jelly wrestling as “harmless fun” rather than “s-xist”.