The glass cliff. When the hard-headed and hard-hearted men of the Australian Labor Party think they are really in electoral trouble the call invariably goes out for a female leader. Think Julia Gillard, Joan Kirner, Carmen Lawrence and Kristina Keneally. And, it seems, the phenomenon of women taking the tough leadership job at a time of crisis happens in business as well.

A new study published (behind a paywall) in Psychological Science, a journal of the Association for Psychological Science, points to women seeming to be over-represented in precarious leadership positions at organisations going through crisis. Evidence is growing, says the press release previewing the findings, that more feminine leadership traits, such as being understanding and tactful, are believed to be desirable under such circumstances, causing people to make a “think crisis — think female” association. As the press release states:

“Rink and her colleagues hypothesised that, following gender norms, women would be more attentive to communal aspects of precarious leadership roles, focusing on social resources, while men would attend to aspects related to authority and hierarchy, focusing on financial resources.

Explaining opposite behaviours. As the Artic sea ice shrinks, Antarctic sea ice grows. It’s a confusing phenomenon for a scientific illiterate like me so I am grateful to the US government’s NASA for attempting to simplify the complexities. 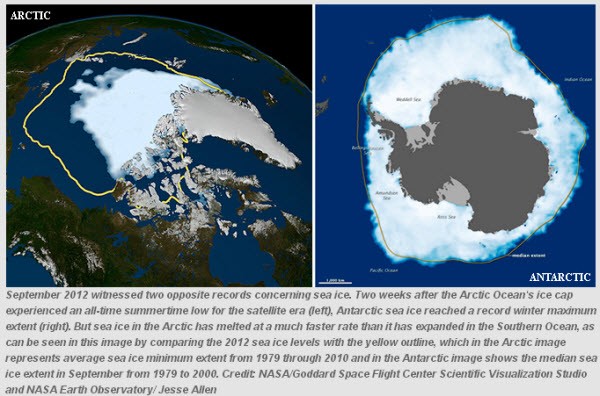 In an article on the NASA website researchers say that the mixed pattern of ice growth and ice loss around the Southern Ocean could be due to changes in atmospheric circulation.

“Recent research points at the depleted ozone layer over Antarctica as a possible culprit. Ozone absorbs solar energy, so a lower concentration of this molecule can lead to a cooling of the stratosphere (the layer between six and 30 miles above the Earth’s surface) over Antarctica. At the same time, the temperate latitudes have been warming, and the differential in temperatures has strengthened the circumpolar winds flowing over the Ross Ice Shelf.

“‘Winds off the Ross Ice Shelf are getting stronger and stronger, and that causes the sea ice to be pushed off the coast, which generates areas of open water, polynyas,’ said Josefino Comiso, a senior scientist at NASA Goddard. ‘The larger the coastal polynya, the more ice it produces, because in polynyas the water is in direct contact with the very cold winter atmosphere and rapidly freezes.’ As the wind keeps blowing, the ice expands further to the north.”

Shocking press news. I thought it was bad enough when they had Clark Kent unmarried from Lois Lane but things are getting worse. Now they’ve got him quitting The Daily Planet. 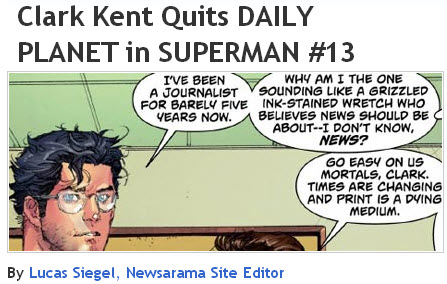 Give Kevin a hand. The Ruddster is using his Facebook page to seek your help. 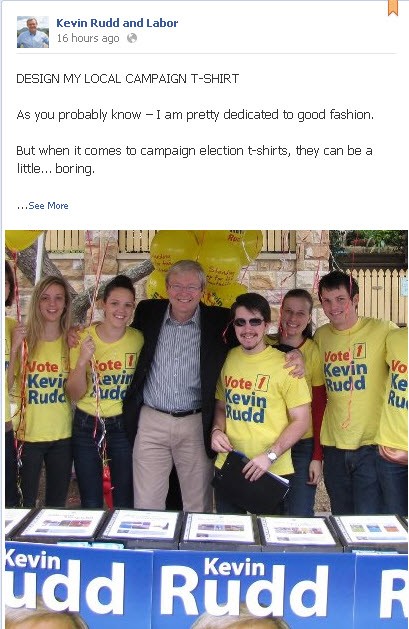 Any suggestions from readers that are posted in the comments section will be faithfully forwarded to the man himself.

Kevin Rudd: won’t go away no matter how hard you beg

Too much Antarctic ice or too little? One sparrow does not a summer make, neither does one ice story alter a well-established trend.

Richard – I’m not so sure about the idea of the ALP looking for ‘feminine leadership traits’ in times I’ve crisis. I’ve always interpreted that phenomenon as them handing the poisoned chalice to a woman so that she (a) is then defeated at the next election and then passes on the parliamentary leadership (usually to a man) and (b) can then historically take the lion’s share of blame for the electoral loss.