Media baron Conrad Black certainly doesn't mince his words in this cracker of an interviewer with BBC Newsnight interviewer Jeremy Paxman. Plus, a thought-provoking front page from Austria, and examining Fairfax's foodie mags.

Bad taste for Fairfax foodie mags. Recently Fairfax relaunched its Tuesday foodie bible in The Age and The Sydney Morning Herald, with concerns it would lead to less city-specific reportage and rampant reproduced copy. Well a few weeks in, and this week’s Epicure has 10 pages (out of 20) that are Epicure-specific, very similar numbers to its pre-makeover days. But a few of those — a review about a new book which examines funny restaurant names and a generic cooking questions column — could easily have been reproduced up north. Plus, although it was updated with Victorian vendors in the print edition, the iPad version of the cover story in Epicure (both mags shared the same cover story) still showed it was originally a NSW story: 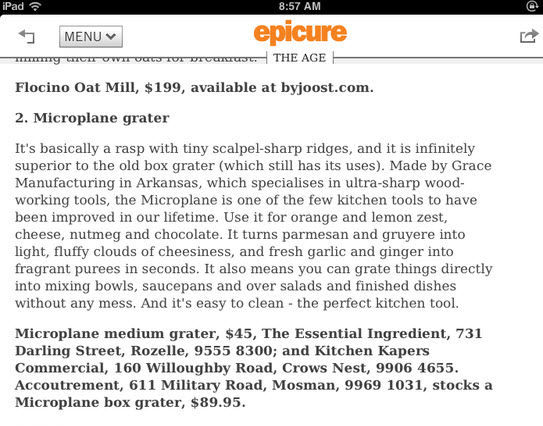 Meanwhile, up north Good Food — a bumper 24 pages — had 12 pages of Sydney-specific content, including a four-page look into South American food in Sydney. We’ll keep monitoring both mags over the next few months. — Amber Jamieson

Front page of the day. This intriguing front page is part of a campaign for free speech in Austria’s Der Standard newspaper. It reads (with a little thanks to Google Translate) as: “What would be the public opinion without someone to publish?” 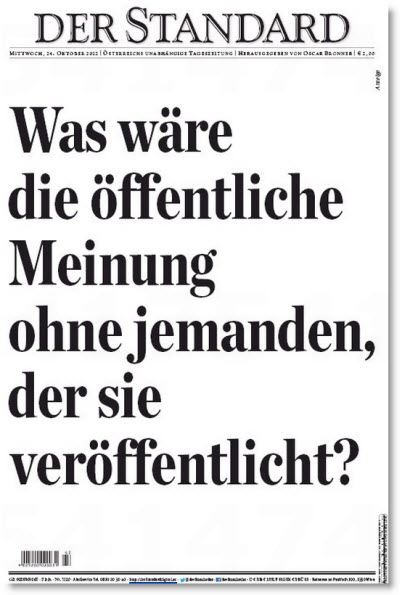 Video of the day. Media baron Conrad Black certainly doesn’t mince his words in this cracker of an interviewer with BBC Newsnight interviewer Jeremy Paxman. Black, who’s been released from a US prison after serving three years for defrauding investors, staunchly maintains his innocence and takes umbrage at Paxman describing him as a criminal. “You’re a priggish, gullible, British fool,” Black says; he appears to threaten to punch the interviewer, before responding to another question with “Oh my god, I’m going to throw up”. We only wish local media magnates made such good television. 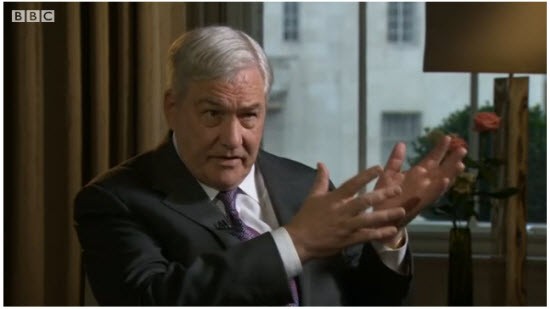 “The authorities are waging one of the world’s biggest anti-press campaigns in recent history. Dozens of writers and editors are in prison, nearly all on terrorism or other anti-state charges. The evidence against them? Their journalism.” — Committee to Protect Journalists

“Newspapers accounting for 90% of Brazil’s circulation have abandoned Google News. The organisation that represents 154 of the country’s papers say all its members have banned the search engine from using their content.” — Greenslade blog, The Guardian

“The Apple iPad Mini has officially been released to the world. Here are our predictions for what we thought would out come with the new iPad Mini, compared with the reality.” — Global Post

“As the gender debate rages in Australian politics, the Australian Subscription Television and Radio Association has announced near gender equality in the subscription television industry, with women making up 44% of the total workforce.” — TV Tonight