In a worrying trend for mainstream media, Australians are turning away from traditional news sources in their search for information. Facebook leads the pack. 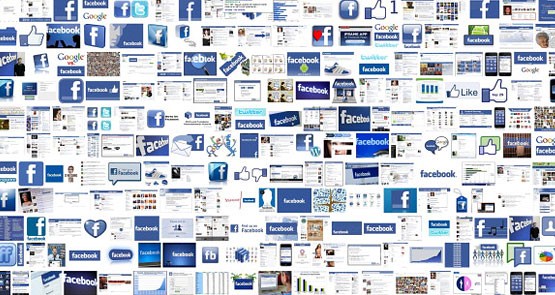 Australians use Facebook more frequently than newspapers and other traditional media websites, and large numbers engage in online activism of various forms, a major survey of social media habits has revealed.

The importance of Facebook as a source of information and news tracks usage fairly closely — women, younger people and higher-income earners all rate the site as more important than others.

Twitter remains the poor social media cousin. Only 6% of voters use Twitter at least daily; 15% use it once a week or more often; 71% say they never use it. Only 9% rate it as an important source of news and information. Usage is again concentrated among younger voters; there’s a view, and some evidence to suggest, that younger people ignore Twitter in favour of Facebook, but daily usage is highest among 18 to 24-year-olds (14%) and  25 to 34-year-olds (10%). Greens voters are also wildly over-represented among Twitter users — 17% of Greens voters report using Twitter at least daily, compared to 6% and 4% for Labor and Liberal voters, although the number of Greens voters is a small sample size.

Of all those results, it’s Facebook’s 28% score as an important source of news and information that should be most concerning for the mainstream media. Throw in Twitter’s 9% (which seems to be slightly out of proportion to its usage) and it’s clear a substantial chunk of consumers — between a quarter and a third — are getting a lot of news via social media.

So, they’re not clicking on online articles from traditional news sites or, if they are, they’re going straight to the link distributed on Facebook or in a tweet, rather than through the homepage of the relevant website, cutting down opportunities to extend reader browsing time and expose them to more ads. Worse, it’s key marketing targets such as women and high-income earners that are doing it.

Which social media do Australians use most?

Why young people just, like, don’t care about politics

goggle, farcebuk, amazoon are all very big content Converters who will find out the hard way what happens when they trip over their too big boots. they all want too much and will cheat, apply their own rules and pay no tax because Lichtenstein/Luxembourg tax haven Status. Extra judicial rules/laws will be enforced because they can. Cheat, Steal and Deny, Always Distract.

I’d want to see the original survey, but it seems to me conflating “news AND information” in the one question makes it next to useless. At least in terms of the analysis you’re trying to draw.

The mainstream media would want to know about people’s sources of ‘news’. ‘Information’ could be all sorts of other things people would seek on Facebook and Google. I’d be cautious about drawing any conclusions re people’s media consumption from this survey.

Google, Twitter etc are the great thieves or enablers of thieves on intellectual content and pay minimal tax on huge profits made in this country and indeed, every country. I’m not usually a supporter of Rupert Murdoch but he is correct on this.

Every time one of these rapacious profit making entities is called to account as Twitter & Facebook have recently over trolls of the very ugliest type, they have to be dragged kicking and screaming to the table constantly parroting the USA’s very dodgy claim of ‘free speech’ yet are they base themselves in tax havens.

Indeed- only a few months ago but before the latest Twitter attacks on a TV star and the shocking Facebook pages about a Melbourne murder, when I made a comment on a forum how Google etc were basically out of control and beholden to no-one, my previous comments on here were tracked down and I was labelled a “nutcase” with a bizarre gripe against the internet.

Twitter/Google do not produce news, they link to news and unless the real providers of news such as our local networks and newspapers are not supported we will be left with a mish mash of opinions.

I also questioned Bernard Keane’s claim that it was an imposition that Twitter should be made to try and censor defamatory posts before they are made.
The only reason it’s difficult is because like Facebook & Google, Twitter employ a tiny fraction of the staff a similar financial sized corporations need employ and unlike almost any other industry, can base themselves in cyberspace.

Try and get to anyone in any position of authority in Google Australia with a genuine lawful complaint (and legal papers to back it up) about a breach of their own rules, it’s impossible.

We either live in a country that makes it’s own laws for the benefit of it’s citizens or we live in a world where Mark Zuckerberg is presented to us as some sort of entity to worship, something I’m sure thousands of mum & dad investors now regret.

“57% once a week”…reasonable numbers for newspaper websites I would have thought…Facebook is not a news site and google is the ultimate aggregator, they don’t actually produce anything but money (for themselves)
I really have trouble calling facebook ‘media’, there must be another way of describing them