Who are the high-flyers gracing the nation's plum trophy boards? We give you the list of privilege. Gillard enjoys the fruits of Rudd's labour on UN seat -- and he's still grasping for attention. And are the Democrats finally holding last drinks? (We had a few at last night's Walkley nominations).

There were two big-name burials in the print media graveyard this week.

Newsweek is gone after 80 years as one of history’s great news magazines. And here in Australia, The Week has published its final edition and called in the administrators to preside over the corpse. Tina Brown, who rode to the rescue of Newsweek but now will oversee significant redundancies, offered some interesting thoughts on her Daily Beast website … 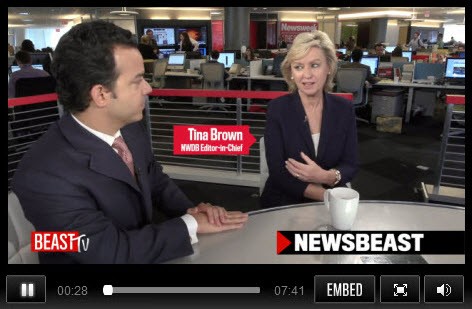 We’re not gloating over the death of either magazine — quite the opposite. News journalism is essential to the fabric of democracy, and the end of any news magazine or newspaper is another threat to the wellbeing of that democracy.

The demise of two really good news magazines in a week is yet another stark pointer to the market failure of quality commercial journalism, another jolting reminder that all the best editorial intentions in the world are useless in the face of a dysfunctional business model.

While everyone hopes there won’t be more obituaries like these any time soon, that’s a vain hope. With the Fairfax share price wallowing below 40 cents, the sad truth is that the undertakers have yet to finish their miserable work.

Journalism is, of course, flourishing here at Crikey. Certainly in visual form. We’re awfully proud of our cartoonist First Dog on the Moon and his — and Crikey‘s — first Walkley Award nomination last night for this gem on refugee policy. About bloody time, too.

“News journalism is essential to the fabric of democracy.”
This…is a democracy?