Men have escaped most of the rampant examination of female politician's bodies ... until now. Measure up lads, your heads that is.

Male politicians have bigger heads. Get ready for the accusations of face-ism. A new study published in Psychology of Women Quarterly shows that that photographs in the media of men focus on male faces while photographs of women are more focused on women’s bodies. This type of “face-ism”, argue the authors Sara Konrath and Josephine Au, is even more extreme in cultures with less educational, professional, and political gender discrimination.

“Being in a relatively egalitarian cultural context does not shield politicians from this face-ism bias; in fact, it exacerbates it,” they write in “Cultural Differences in Face-ism: Male Politicians Have Bigger Heads in More Gender-Equal Cultures.”

The researchers examined the differences in face-ism by measuring the facial prominence of over 6500 male and female political figures in photographs from more than 25 different cultures. Facial prominence was determined by measuring the length of the head in a photograph (from the chin to the top of the head) and comparing it to the length of the body shown in the photograph. The researchers then analyzed these face/body ratios by culture and found that women’s bodies were more prominent in photographs from cultures in which women have more educational, professional, and political opportunities:

“Understanding this double-bind is fundamental to understanding how societal pressures might shape the visual depictions of male and female leaders online, whether political or otherwise.”

The authors claimed that stereotypes associated with each gender are more divergent in richer and more institutionally gender-equal cultures overall, and that these photographs are simply a visual representation of a deeply-ingrained, cultural concept.

“The face-ism bias is likely due to unconscious influences, so simply making politicians and their support staff aware of this bias and its negative implications for female politicians could reduce this bias.” 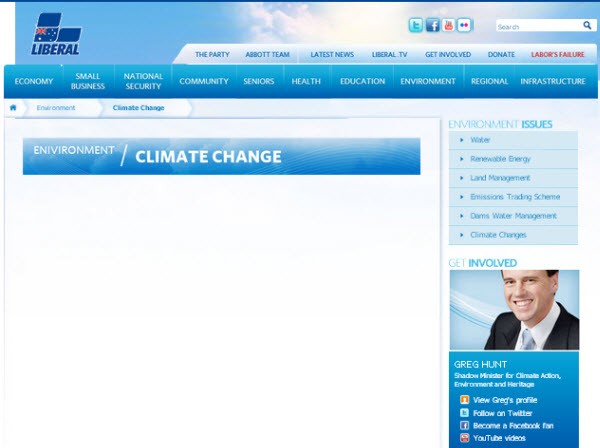 No apparent joy for Liberals. I might have guessed right the other day in predicting an improved vote for Liberals in Saturday’s ACT election but The Canberra Times has a poll this morning suggesting that an increase in their support will not be enough for them to capture any more seats in the 17-member Legislative Assembly. It predicts a seven Labor, six Liberal and four Greens result that will leave Labor “almost certain to form minority government with the support of the ACT Greens”.

The poll has the improvement in the Liberal vote balanced by a sharp decline in the vote of independents and minor parties with Labor picking up some support at the apparent expense of the Greens.