The ethics of permanent public shaming of sex offenders

A new WA website which give the location of sex offenders may win public applause -- but does it really protect the community? Legal ethicist Neil Watt probes the rights and wrongs. 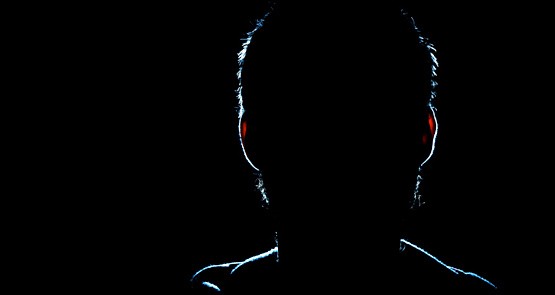 A new website which Western Australian residents can use to find out the approximate location of sex offenders — Community Protection Western Australia — is the political equivalent of pro wrestling: everyone cheers when the good guy decks the bad guy. But is it real?

The difference here is that this online show is masquerading as community protection, and the issues it deals with (the crimes committed and the public fears it claims to address) are stark and raw. Exposing the bad guys who live among us will always gain applause, but are we better protected as a result? Is it real or just a government acting the noble hero by playing on the fears of its audience?

Websites like this invariably raise the issue of privacy and whether sex offenders, by virtue of their actions, have lost the right to any. Does this group represent such a unique and ongoing threat to society that their very existence must be exposed in our midst? If them, why not murderers or wife bashers or serious white collar criminals or corrupt politicians?

One of the neglected facts in this discussion is that sex offenders as a group, and certainly child sex offenders, are at the lower end of the risk continuum in terms of recidivism when compared to other crimes. The reason being that for most it is an opportunistic crime most often committed, not by a random stranger, but by someone close to the victim’s family. Once the opportunity is removed, most of them don’t repeat the offence.

S-x crimes, particularly against children, are heinous. They fill us with revulsion and rage. Quite rightly we want to see the perpetrators punished. But how long should that punishment continue? Perhaps we should we allow for the possibility of rehabilitation (and resource strategies to enable it) as we do with other crimes.

Which brings us to the central issue of the ethics of public shaming. As a society we have built a system of criminal justice on the principles of punishment/deterrence and rehabilitation. Does permanent public shaming run contrary to rehabilitation, which requires that the former offender be afforded the opportunity to normalise their life within a community?

Strategies for rehabilitation, surely, are in the better long-term interests of community protection than permanent stigmatisation. There is little chance of normalcy for those whose faces are permanently on public display as a sex offender. Does such stigmatism really make them less likely to offend, or more likely to go underground? It’s worth contemplating which scenario is really conducive to “community protection”.

“Does permanent public shaming run contrary to rehabilitation, which requires that the former offender be afforded the opportunity to normalise their life within a community?”

Ethics, at its heart, refers to those principles that promote healthy communities (or “human flourishing” as the classicists would have it). So honesty, politeness, mutual respect, courage, generosity, wisdom have been valued for as long as people started living in groups. It could be argued that the WA Community Protection website aligns with this aim as it promotes public safety. But does it? How?

The answer should be provided on the website itself — and the opportunity is right there in the answer to this frequently asked question: “What if I recognise a person’s photograph on this site?” Answer: “The photographs are provided primarily for the purposes of enhanced public awareness and safety. You can contact police if you have genuine concerns about your safety or the safety of any other person or to report suspicious behaviour.”

In other words, there’s not much you can do — but the WA government wants you to know that there’s bad guys living in your neighbourhood. Feel safer now?

So what do you do with that information. Does knowing really promote community protection or is it far more likely to promote public fear against a group who, for the most part are not an ongoing threat? In fact, the possibility of vigilantism is a far greater threat to public safety than the offenders. For most of us, however, it simply adds to a general feeling of unease in our neighbourhoods and that is rarely healthy.

Truth is we already know our communities are made up of all manner of people — some we like and some we don’t; some we’re glad to have around and others we wish would move somewhere else. The good, bad and downright ugly are everywhere. The challenge for all of us is to find ways to make our society function with all its diversity — and that includes ways of reintegrating offenders back into the community so that they, and we, can get on with our lives in peace.

Feeling safe is an important part of that and along with our own vigilance we expect governments to play a lead role in public safety. It doesn’t help when the governments we entrust with this responsibility waste resources that play on the genuine fears of some without actually investing in strategies that reduce the likelihood of crime.

Showmanship it is — but community protection it ain’t.

*Neil Watt is a lawyer and consulting ethicist based in Sydney

Hey, I’m 17 and this is what I think.
We are exposing people who have commited a crime aimed at a certain age group. Implying that the threat may be only towards that same age group. Therefore, exposing people who can be a potential threat to, in this case, kids, is only a good thing.
I repeat, I am 17 and I’m not a doctor nor am I a psychologist, but my assumption (and feel free to correct me) is that pedophilia is not a result of financial harship, stress etc, whta I’m trying to say is that this is something deeply implanted in the brain of a person. Its not like commiting a robbery, getting a slap on the wrist and a warning and thats it. This is a crime that results in serious prolonged trauma in the life of the victim. Right? Therefore, I fail to see how ‘protecting’ and giving these people [pedophiles] a chance to reintegrate back into the community and return onto the path of ‘normality’ is remotely possible. Exposing them, shaming them is a form of punishment, I agree. Yet doing the opposite is a perk that a man/woman who has sexually molested a child, should not get. I am all for it.
The article says we have to find ways to make our society function; ‘protecting’ from the community people who have commited a crime such as pedophilia is not making society function. Perosnally I believe jail terms are not necessarily the approriate punishment for people such as these, who have decided to take a person’s humility for the rest of thei life. Shaming is the right punishment.
I am for it.

Is it any more than base political opportunism in politicising, to the lowest common emotive denominator, a complex issue?

An issue that needs more than this sort of cheapjacks policy making to address it.

Yes, it starts close to the family, where the pedophile can take advantage of assumed trust, but those fake-trust relationships can be recreated elsewhere.

Ollie, at least you have your age as an excuse. How old are the WA Liberal MPs who voted for this? Old enough to know better, methinks.