Sponsors have returned to Alan Jones -- or at least those spruiking weight loss pills. How Mitt Romney is using Barack Obama's slogan against him. And a Sydney Morning Herald mistake that made readers cross.

Jones can breathe again as ads return. After six days of ABC-style broadcasting, the ad breaks were back on Alan Jones’ 2GB breakfast show this morning. It’ll be a relief for John Singleton and 2GB’s other shareholders — but they’ve still got a way to go before they return to the glory days when the Parrot’s show raked in an estimated $80,000 a day in ad revenue.

Most of Jones’ big-name former sponsors — including Mercedes Benz, Woolworths, Coles, Dilmah, Hyundai, Slater and Gordon, and Telstra — stayed away, obviously petrified by the “cyber-terrorism” and “cyber-bullying” being waged by Jones’ online opponents. Among those who did book ad space, as chronicled by the Destroy the Joint group, were weight loss pill makers FATaway, Masterton Homes, Premier Cabs, Suzuki and Paul’s Warehouse.

Two hours after Jones turned off his mic, Suzuki had already bowed to the social media backlash and pulled advertising. It’ll be fascinating to see who stays put, and who buckles, as the deluge of angry emails pour into sponsors’ inboxes today. — Matthew Knott

Video of the day. Barack Obama surged to victory on the back of his slick “Yes, we can” campaign in 2008. This time around, does the slogan still hold water with younger voters? Ahead of the next presidential candidates’ debate, a town hall-style event planned for tomorrow (our time), check out the way the Romney team is seeking to capitalise on disillusionment with the “Yes, we can” slogan in this ad. Seems like for these young voters, it’s more a case of “No, I can’t”. 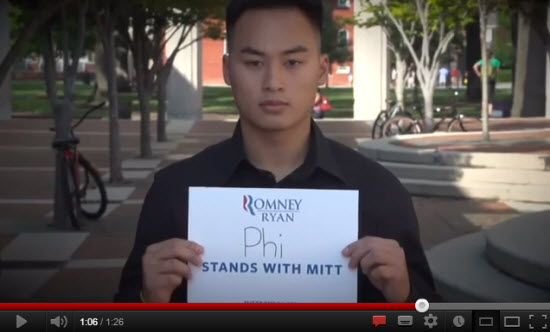 Front page of the day. Australian tabloids have so much to learn from their UK brethren … 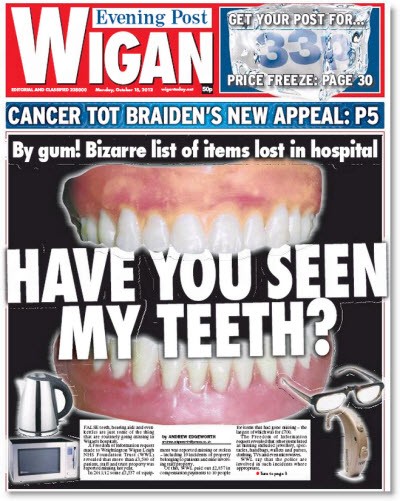 Department of Corrections. Amid a quartet of corrections in this morning’s Sydney Morning Herald on page 2 this morning was this one: 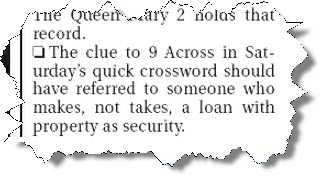 (The answer was mortgagee.) Now I can accept errors of fact and transpositions and editing errors and as well as errors in punctuation and grammar, we all do it from time to time. But such a basic error in a crossie? No wonder I had such a rotten Saturday. — Glenn Dyer

Austrian skydiver Felix Baumgartner smashed a number of records with his ‘edge of space’ stunt — including for live streaming. More than eight million people flocked to their devices to watch the 43-year-old break the speed of sound live on Google’s YouTube site.” — BBC News

“The New York Times is planning to launch a Portuguese-language website for Brazil next year, hoping to capitalise on advertisers’ growing appetite for Latin America’s largest market as it becomes more aggressive about increasing international revenues.” — Financial Times

An about-face by Mark Zuckerberg’s juggernaut?

“After a long struggle with the Irish Data Protection Commission, Facebook is set to delete the last tranche of data kept from its facial recognition feature, dubbed Tag Suggestions, and turn it off for all users today. It just the latest retreat in a series of changes which may redefine the company.” — New Statesman