Brave News World: is the era of the editor over?

Now we can compile our own news feeds, does the world need editors? Their power is diminishing, writes Gideon Haigh in the fourth chapter of his investigative special for Crikey on the future of the media. 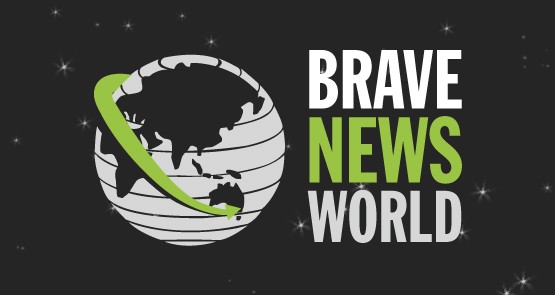 Creighton Burns, the wise old editor of The Age from 1981 to 1989, used to reassure insecure cadets that one individual in the newsroom had less job security than they did — and that was him. He served at the company’s pleasure. If it was withdrawn, he had no recourse. A sacked cadet might get until the end of day to clean their desk out. A sacked editor would be out as soon as the next lift arrived.

An echo of this could be heard in June when Fairfax Media announced the first three casualties of its new digital strategy would be three editors: Paul Ramage at The Age, Peter Fray and Amanda Wilson at The Sydney Morning Herald. In the national configurations envisioned, there was no scope for local bosses. To George Megalogenis at The Australian, this clean sweep of the senior-most positions at Fairfax held an obvious portent. “The power used to reside in editors and producers — at newspapers, at radio and television networks. They’re dead now.”

Megalogenis’s rationale is that in an online model with an increasing self-curation of news feeds via Twitter and Facebook, the readers, or the reader’s friends, do the editing: “An editor might try and shape the news by promoting this story or that, but in the end the clicks will drive the thing, not his or her judgement. You can be sure that all over newsrooms in Australia, editors and deputy editors and chiefs of staff are talking about the future, knowing that suddenly their journalists have jumped the hierarchy.

“In the past, an editor could tell a star journalist: ‘I think you’ve gone a bit off the rails on this piece. Maybe you could have another go.’ Now the power lies with the journalist. An editor could say: ‘Well, try it on your own, mate.’ And the journalist could reply: ‘At the moment, I’ve got 20,000 followers on Twitter, I’m on a few TV panels, I’m making $50-100,000 from public speaking a year, I’ve got a couple of book contracts I could activate — I just might.’ The power is with the person who writes and thinks, not the person who administers.”

If this sounds like a more promising prognosis for journalists than they have been accustomed to hearing of late, a caveat or two may be necessary. To very few could such rewards conceivably accrue in a small market. Nobody questioned in this survey thought journalists’ salaries were bound to rise; most thought they would decline, and markedly. “Salaries have been inflated by the duopoly,” says Matthew Pinkney of AFL.com. “The mastheads had all the revenue, all the assets, and they could afford to pay big salaries. But salaries got away from them when the business model started to crumble. They were stuck with people on vast packages, appropriate for a duopoly making tonnes of money but not for the new world, and certainly not for start-ups. Those days are gone.”

“This will become a profession where really bright people who want to have an interesting career but also get married and raise families may not be able to afford to do so.”

With an excess of journalists now chasing a shortage of jobs, says Bruce Davidson, chief executive of Australian Associated Press, it’s a buyers’ market, with economies easiest to make at the top end: “Salaries have fallen in the US well below what they were five years ago; we haven’t seen that yet, because so far it’s been about reducing numbers. But eventually the number of people in the higher income category will have to come down as a percentage.” David Marr, latterly of The SMH, put it most succinctly: “This will become a profession where really bright people who want to have an interesting career but also get married and raise families may not be able to afford to do so.”

There’s no doubt that new reading and viewing habits — more personalised, less masthead and channel loyal — are evolving. “A lot of my bookmarks are individual columnists,” says Alan Kohler. “I don’t read the paper, I read one particular columnist, and only that columnist.” In contrast to the expectation that news will be instantaneous, observes James Paterson, editor of the conservative think tank journal IPA Review, serious analysis is acknowledged to take time: “I would rather wait three days for the view of someone I respect that get an instantaneous view from someone I have no information about.”

Self-curation will in due course hit its limits, of course. Not everyone, points out New Matilda editor Marni Cordell, wants to spend all day every day fine-tuning their friends and their feeds. “Obviously people are curating their own news, but they’re also more interested and comfortable with aggregated content than they were five years ago, because there’s so much around and they have so little time,” she notes. “It’s easiest to pick someone who says I like what you like. People have fallen into the habit of following people on Twitter. So in the future there will still be leaders. They just may not be editors.”

In the event a star system does emerge in the new environment, then editors may have to say: if you can’t beat them, join them. “Perhaps the editor in future in order to keep his cultural power will have to create a personality,” says Megalogenis. “He may have to be a public figurehead. He may have to start writing columns in his own name. I can’t imagine how an editor’s job will work 10 years from you. An editor has to be paid two or three times what a top journalist makes, just to retain his authority atop the hierarchy. But the internet is flattening sectors and hierarchies.”

If the editor’s position is to become still more precarious than Creighton Burns used to say it was, he or she might have to ensure that their leaving becomes a bigger deal.

Crikey.com when it was owned by Stephen Mayne was where I first read the term “public trust journalist ” which is what most of us subscribers who post comments are! Some of us are willing to identify ourselves by name. So yes Editors are on shaky ground because they no longer control what gets oxygen. It is now about the public trust journalist and how big their balls are! Edward James