Richard Farmer’s chunky bits: Google gets it wrong on Romney

Richard Farmer prepares to don the hat of embarrassment, after Crikey readers voted that the Prime Minister's stirring misogyny speech would actually do her any good electorally.

A completely wrong Mitt Romney. They are wonderful things those algorithm whatevers that Google uses to deliver answers to your questions. They have their own distinct sense of humour. For example: type “completely wrong” into the images search box and, hey presto: 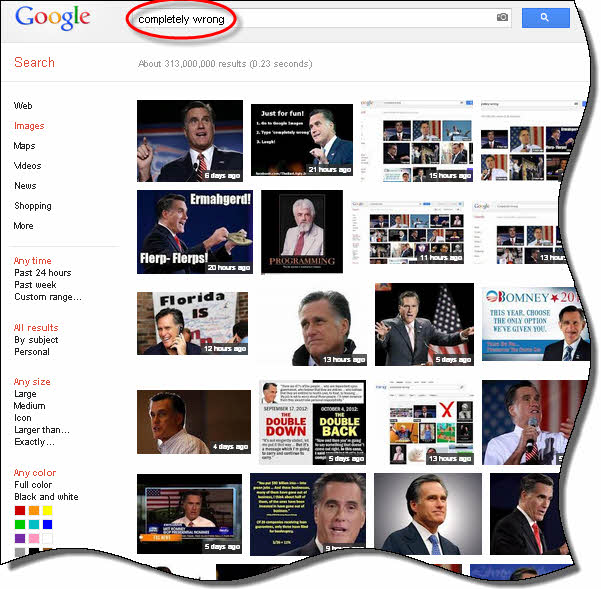 Leading to poor old misogynist Swanny. Being a curious fellow the Romney finding took me to the Australian subject of the week and there illustrating misogynist was our esteemed Treasurer Wayne Swan in the rogues gallery, along with Barnaby Joyce. A selection of Julia Gillards understandably enough but not a Tony Abbott to be seen. 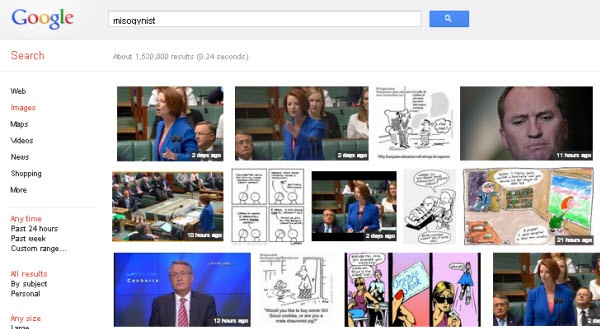 And as a lead in to my next item I could not resist the cartoon from above. 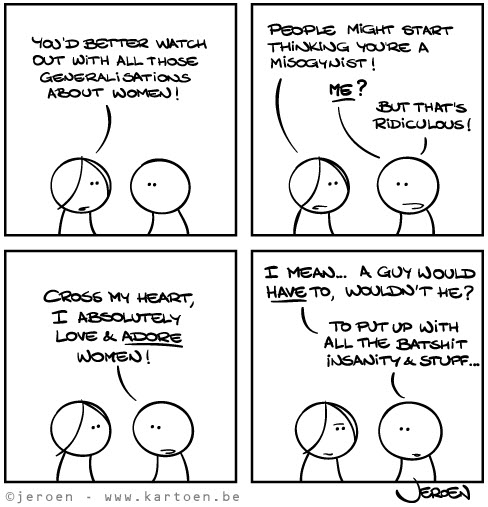 Getting ready to wear it. If my survey-taking readers are anywhere near right in their assessment of the impact this week’s parliamentary performances I had better get used to wearing the hat of embarrassment described so nicely this morning on page one of the Sydney Morning Herald.

While well beyond the middle-aged description I plead guilty to being in the camp of those pundits who didn’t think the Prime Minister’s stirring misogyny speech would actually do her any good electorally. Yet those who have voted so far in the Crikey snippets survey think it will. 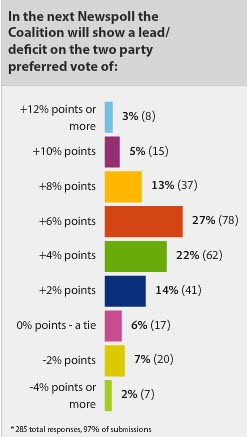 While I’m certainly checking my head size — and yes it does seem to get smaller as every vote comes in — I’ll wait until Newspoll is published before donning the chapeau.

For what this little survey is trying to determine is what the polls will show not what people think they should so. I’m not yet convinced that they think the same way out in the suburbs as dedicated Crikey readers do but we shall see.

They exiled me to the heart of the jungle
Wishing to fertilise the manioc with my remains.
I turned into an expert hunter
And came out full of snake wisdom and rhino fierceness.

They sank me into the ocean
Wishing me to remain in the depths.
I became a deep sea diver
And came up covered with scintillating pearls.

— Vietnamese poet Nguyen Chi Thien who died on October 2, aged 73, on his spells in prison and labour camp, quoted in a moving obituary in this week’s Economist.

Holy moses, now we’re being subjected to polls on the outcome of polls.