A debut novelist in Australia could earn less than $5000 from their publisher as an advance for their book. Crikey speaks to publishers, authors and agents about the delicate topic of advances. 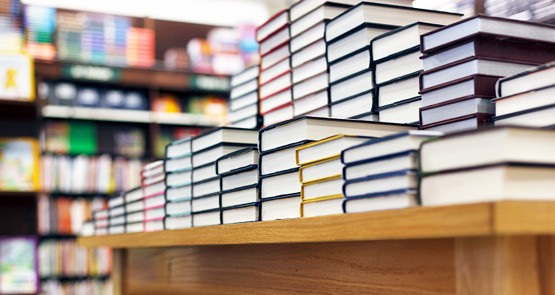 There’s two big stories written about the publishing industry: it’s screwed and no one is buying books; so-and-so author just signed a massive deal worth squillions.

The latter appeared this week in the form of New York wunderkind Lena Dunham of Girls fame, whose debut collection of essays was bought by Random House for over US$3.5 million. The former story directly affects why most authors currently don’t earn anywhere near that.

Because while it’s a hefty figure, that US$3.5 million is just an advance against royalties, not a payment for their work. Authors receive royalties of 8-10% of physical book sales and 25% of e-book sales. Authors are expected to “earn out” their advance in the form of sales once the book has come out. Earning out your advance means you can continue to earn royalties, rather than one lump sum at the beginning.

“People only talk about advances drunk over dinner,” added Benjamin Law, author of The Family Law and Gaysia.

But publishers were quick to note that it’s not all bad news for writers. “There are some [Australian] authors that get over a million dollars,” Ben Ball, publisher at Penguin Australia, told Crikey. “If you look at the top-selling authors from last year in this country — Matthew Reilly, Di Morrissey — they would get very healthy advances.”

Inglis agreed. “I don’t think any publisher would pay a million bucks unless someone had sales of 250,00 copies every time they put pen to paper,” she said, calling a $100,000 advance “very healthy” for well-known Aussie writers.

Sometimes unknown Australian authors can garner massive advances. Young author Hannah Kent signed a two-book deal worth over a million dollars in August. Picador will publish her debut novel Burial Rites (due out next year) in Australia and the rest of the Commonwealth (Little Brown owns the US rights).

However, the majority of Australian authors are relying on shrinking advances to fund the writing of their books. Chris Feik, publisher at Black Inc books, says the last three years have seen a significant decrease in advances, directly linked to a drop in book sales. “For most authors, advances have got smaller. I don’t think there’s any question of that,” he told Crikey.

But a different perspective is put by Inglis, who says advances were previously too high and weren’t earning out for publishers. Inglis thinks the lowering of advances may have corrected this balance. She estimates literary fiction — the type only sold in book stores, and likely to win critical praise but not commercial success — usually earn around $10,000 in an advance, although sometimes it can be $5000. “We’d like to think $10,000 would be the minimum for our authors,” said Inglis. Commercial fiction — the type sold in Big W and other discount department stores — would earn an even bigger advance for authors.

Ball says a debut Australian author could earn anywhere between $5000 and $300,000. “The only answer to that question is the quality of the book,” he told Crikey.

One literary fiction author that Crikey spoke to called Inglis’ $10,000 estimate “a bit high and optimistic”, noting they received $6000 for their first novel from a publisher, although the manuscript was award-winning and they had a literary agent. There’s an expectation among authors that having a literary agent would guarantee a higher advance.

It’s not uncommon for fiction authors to receive $1000 or $2000 for their books if published by smaller publishers. Sleepers Publishing, a well-respected independent publisher, doesn’t pay any advance at all.

Non-fiction books normally gain a bigger advance than fiction — mainly because customers are more willing to fork out cash for a book on a topic they are interested in. Freelance journalist Mel Campbell, who is writing her first book Out of Shape — a non-fiction book about clothing size and fit — received a $5000 advance from her publishers Affirm Press. She says that since she signed with a smaller publisher she wasn’t expecting much — or anything.

Depending on the individual, memoirs of well-known Australians can earn significant advances. Louise Adler at Melbourne University Publishing was known for paying big bucks for the political memoirs of politicians including Mark Latham, Peter Costello and Bob Hawke. MUP lost two million dollars last year, partly due to past author advances, and has now cut back its advance offerings.

Does that mean other publishers can pick up political memoirs cheaper now? “In a sense there aren’t many Australian publishers in that area; if one person scales back and withdraws a lot, that affects everything,” said Feik. “But it doesn’t change everything overnight, the industry is not that small.”

An advance is often regarded as direct evidence of how much the publisher believes in the book. “There’s a school of thought that if publishers don’t pay a lot, they don’t work as hard. One can never know if this is true,” said Inglis. Crikey also heard examples of authors turning down larger publishing deals — and higher advances — to work with mid-range publishers whom they felt would champion their books.

It’s also important to note what an advance covers, since complete worldwide rights are worth more, US rights are often substantial and screen rights may or may not be included. The international rights for Graeme Simsion’s debut novel The Rosie Project was sold by Text Publishing in deals worth over $1 million. Authors are sometimes unaware of exactly what rights they may have signed over to a publisher for a very low rate.

“Writers are famously appalling at knowing what their contracts even mean, what the numbers even mean,” said Ben Law. “Especially if you’re a first-time writer, you’re just so intensely grateful that someone will publish you, you’re willing to sign anything.”

Not that a high advance guarantees success. “Advances are the flashy bit, but by far the more interesting bit about publishing is that you have an ongoing stake in the investment of your book,” said Ball.

As Campbell notes, the value for an author isn’t only found in the dollar signs attached to an advance. “A book is an important stamp of approval for an author,” she said. “Independent of what the book was about or even if it was well-written … someone thought you were worth publishing. Indie publishing — i.e. self publishing — just doesn’t have the same gravitas to it.”

If you’re a current or future author, self-publish your book through Amazon and/or Smashwords. You get 75% of the selling price, you get to set your own title and cover, and you have complete control over the content and the marketing (something publishers aren’t doing much, anyway). You could hire your own editor, cover artist and marketing company and _still_ come out way, way ahead.

The exact figure of the advance doesn’t say anything about “the quality of the book”, because the writing is only one of the factors that make a book seem like a good bet. It’s based on the number of copies the publisher thinks it can sell – that’s why the Big Dubs books get higher advances.

It’s a bit like gambling, innit? Much like cinema, there will always be expensive flops and low-budget surprise hits. (Clearly I am hoping my book will be one of the latter.)

Like I told AmJam when she interviewed me, someone like Lena Dunham comes with ‘good odds’ – she majored in creative writing at uni; she has a large, devoted hipster following; she made a successful TV show with the imprimatur of Judd Apatow and HBO; and her book fits into an already popular genre.

And, much as you see Hollywood studios churning out formulaic fare because they know it will work, you can see “six figure deals” being signed with teenage authors writing crappy vampire novels that were zeitgeisty five or more years ago.